Surely even a die-hard Republican knows the seven lines required to sing the National Anthem? Well, that's not the view of Labour officials. 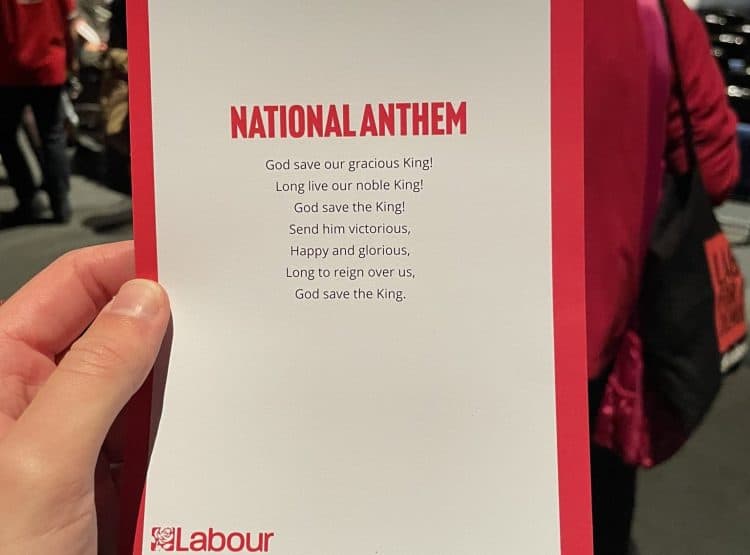 For the first time in history, the Labour Party opened its National Conference with a rendition on the National Anthem. However, the 29-word song – which recently underwent a significant change following the death of Queen Elizabeth – has been the source of staunch division.

The decision to play God Save The King at the Liverpool-based event has given some Labour members the ick. Traditionally, the left-minded party is home to more Republicans than its opponents. So indulging in a National Anthem which pledges loyalty to royalty remains contentious.

Former Labour leader Jeremy Corbyn declared that the tribute was ‘very odd’ on Saturday, questioning why his successor Keir Starmer was so keen to break ranks with history. Tributes to The Queen were also paid at the start of the Conference.

Despite this controversy, both the National Anthem and the Minute’s Silence for Her Majesty were observed respectfully. However, that hasn’t stopped the party’s opponents from finding something to criticise – and right-leaning detractors have taken offence to a set of ‘lyric sheets’.

All across the venue, red and white cards were placed on seats, featuring the lyrics to the National Anthem. Now, the song is notoriously short compared to what other countries have, and the need for a crib sheet has provided cannon-fodder for right-leaning Brits…

Nick Wall is the chairman of Labour for a Republic, an anti-monarchy group within the opposition party. Although he accepts that the National Anthem could be sung as a ‘one-off’ to commemorate the Queen, he believes that it also ‘does not marry with Labour values’

“Our thoughts at Labour for a Republic is we’d expect it to be a one-off because, at the end of the day, Labour is for the many, and not for the one. That’s really important and of course the National Anthem is all about the one. Therefore, it doesn’t marry with our values.” | Nick Wall