That's more like it. Keir Starmer has come out to unequivocally oppose a new round of tax cuts for the rich - vowing to REVERSE the policy. 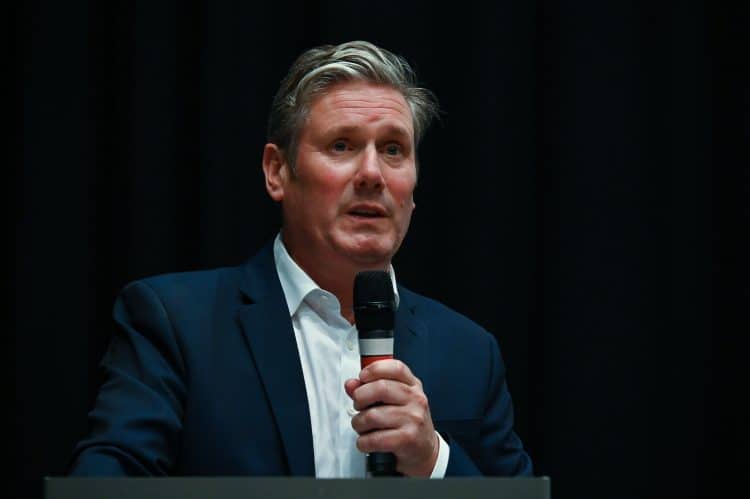 This is a version of Keir Starmer many left-leaning voters have been waiting a while to see. The Labour leader has come out swinging against Liz Truss’ vow to slash taxes for the UK’s biggest earners – confirming that he would REVERSE the policy if elected Prime Minister.

A range of controversial tax interventions were announced on Friday. All in all, the pledges account for a negligible difference in savings for ordinary Brits – but massively benefit those earning more than the majority.

The biggest example of this can be found in the 45p tax rate, applied to those earning £150 000 a year or more. Chancellor Kwasi Kwarteng confirmed that the rate would drop to 40p instead, ensuring that the richest 629 000 people in the country have more in their back pockets.

Starmer, who has been criticised for his passive stance on issues like rail strikes and workers rights, appears to have come to the party on Sunday morning. Speaking to Laura Kuenssberg, the leader of the opposition set out his position in black and white.

After discussing the best approach with Shadow Chancellor Rachel Reeves over the weekend, Starmer outright promised to REVERSE the decision to slash the 45p tax rate. He argues that Truss, Kwarteng, and their Tory cronies all made ‘the wrong choice’.

“I don’t think the choice to have tax cuts for those earning hundreds of thousands is the right choice when our economy is struggling… it’s the wrong choice… I’d reverse the decision they made on Friday, while still keeping the 1p basic rate cut.”

“I’ve long argued that we should reduce the tax burden on working people. We wouldn’t reverse that.” | Keir Starmer