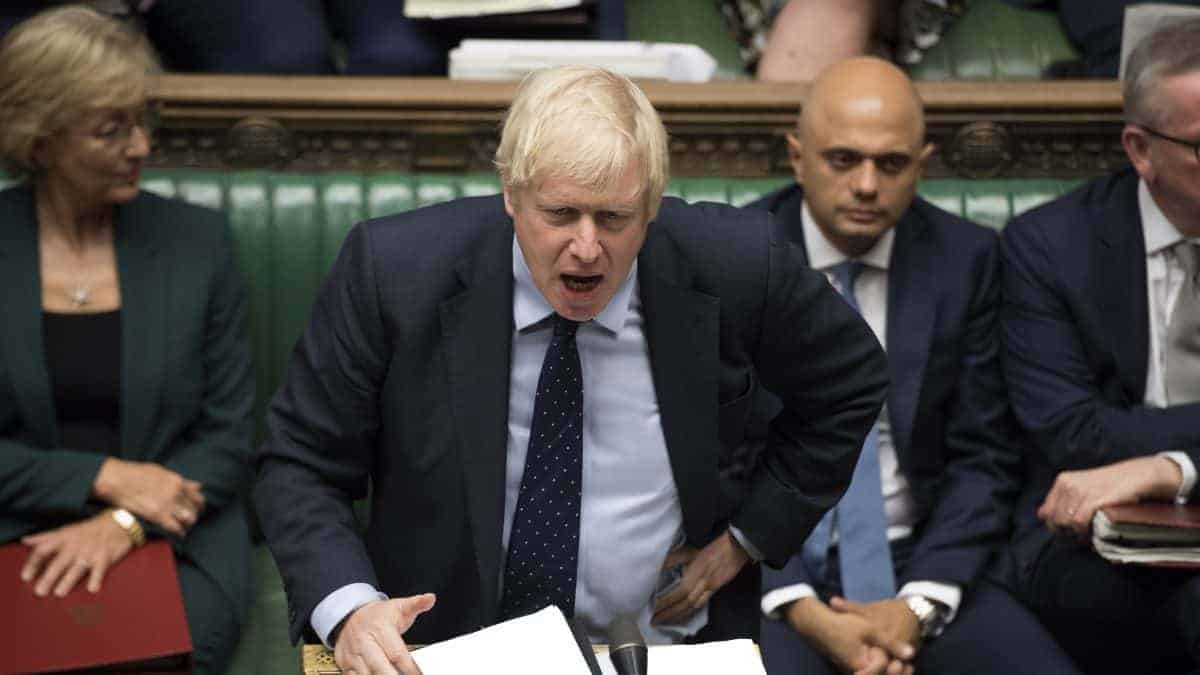 Boris Johnson suffered a fourth embarrassing defeat in a row in his first four votes as a Prime Minister as MPs voted against the government’s proposal to hold a snap General Election next month.

The Prime Minister needed the support of two-thirds of MPs according to the Fixed Term Parliaments Act but was thwarted by not enough MPs turning up to vote for his bill. 298 to 56 voted in favour of the bill, which was not two-thirds of all MPS.

It had not helped that in his first two days in Parliament he has managed to go from a majority of 1 with the DUP to a minority of -22 by sacking 21 MPs soon after Philip Lee defected to the Liberal Democrats.

Johnson had called for a snap general election on October 15, as his life will be incredibly difficult as his government is in a minority now 21 rebel MPs from his own ruling Conservative Party have lost their whip for defying the government to thwart a no-deal Brexit.

Opposition leaders today all said they did not trust the Prime Minister despite any assurances he gives not to move the election date after parliament is suspended for an election to force the UK to crash out of the EU with no deal.

Labour leader Jeremy Corbyn chided the Prime Minister for showing no signs whatsoever that he has negotiated anything with the EU and that people should believe his assurances. He cast doubt on the PM having done any negotiating.

“If he has a deal he should put it before the public either in a referendum or in a general election,” said Jeremy Corbyn.

“If they can’t win the argument they shut down debate,” he added. “He cannot handle dissent and debate in his own party… The hypocrisy of this process is phenomenal.”

Lib Dem leader Jo Swinson said the PM was “scared of being found out” and urged him to “get a great deal” with the EU if he could, but insisted a general election should be held – “but not with the threat of crashing out with no deal.”

Father of the House Ken Clarke, sacked by the parliamentary Tory party he had served in for five decades, told a smirking Boris Johnson to “stop treating this as a game.”

Johnson will not allow rebel MPs back into Tory party

Earlier it emerged that Boris Johnson has given “a guarantee” that the 21 MPs he sacked from the Tory party would not be allowed back.

After the Prime Minister met the 1922 Committee of backbench Tory MPs, MP Daniel Kawczynski boasted: “I pleaded with the prime minister not to restore the whip to any Conservative member of Parliament who has undermined him in these negotiations with the European Union and he’s given me an assurance that the whip will not be restored.

“These people cannot stand for the Conservative Party again.”

One of the MPs that Boris Johnson expelled from the Tory party is Sir Nicholas Soames, grandson of Winston Churchill.

Sir Nicholas today said his party had turned into a “narrow sect” in a “relentless chase to be the Brexit Party.”

MPs have backed a bill to delay Brexit in the event of no deal being found with the EU by October 19.

If it is passed in full it obliges Boris Johnson to ask the EU for a Brexit extension beyond the 31 October deadline if a deal has not been agreed with the EU by October 19.

But its route through the House of Lords will not be easy.

Jeremy Corbyn decried the government for adding 92 amendments to the bill in the House of Lords to attempt to filibuster the bill so it runs out of time.

During his first Prime Minister’s Questions, Boris Johnson ignored the answering questions bit. Instead he roared at Labour leader Jeremy Corbyn that he was a “chlorinated chicken” and a “girl’s blouse” in a vain attempt to goad him into holding a general election.

Corbyn said the PM was “running down the clock” on a no-deal Brexit and “hiding the facts” about no-deal such as food and medicine shortages revealed in leaked government reports.

The PM would have until October 19 to find a deal with the EU, otherwise Brexit Day would be pushed back until January for more time to negotiate so Britin does not crash out of the EU with no deal. After that Parliament would get a vote on Brexit.