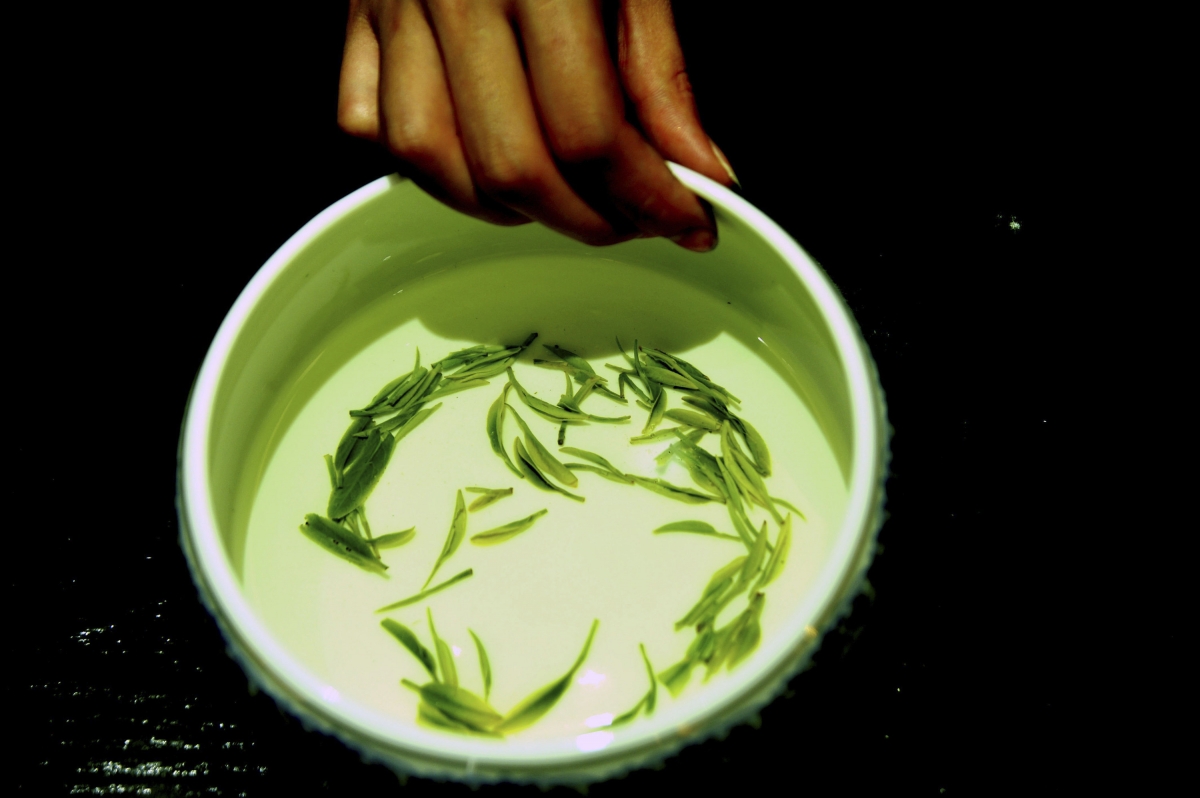 Researchers found that the Japanese drink acts on dopamine and serotonin receptors in the brain which are both associated with anxiety and mood.

The tea is made from the finely ground new leaves of the Camellia sinensis green tea bush, grown in 90 per cent shade.

Historically it has been used in Japan in helping people relax, prevent obesity and treatment of skin conditions.

A team from Kumamoto University set out to test its ability to ward off anxiety as there has been little scientific evidence to support its claims.

The researchers gave Matcha powder or extract to mice who were then put in an elevated plus maze, which lets more anxious mice stay in a protected walled off area.

It is a standard test for anxiety and they found that the mice given Matcha displayed less signs of anxiety.

The study, published in the Journal of Functional Foods, also reported that the less water-soluble extract had a greater anxiolytic, or stress reducing, effect.

This means that drinking the tea would be less effective than taking a Matcha extract pill.

“Both of these receptors are closely related to anxious behaviour.

“Although further epidemiological research is necessary, the results of our study show that Matcha, which has been used as medicinal agent for many years, may be quite beneficial to the human body.

“We hope that our research into Matcha can lead to health benefits worldwide.”