Despite the vast differences in scale, the processes that light undergoes when travelling through the human body are very similar to those seen in space. 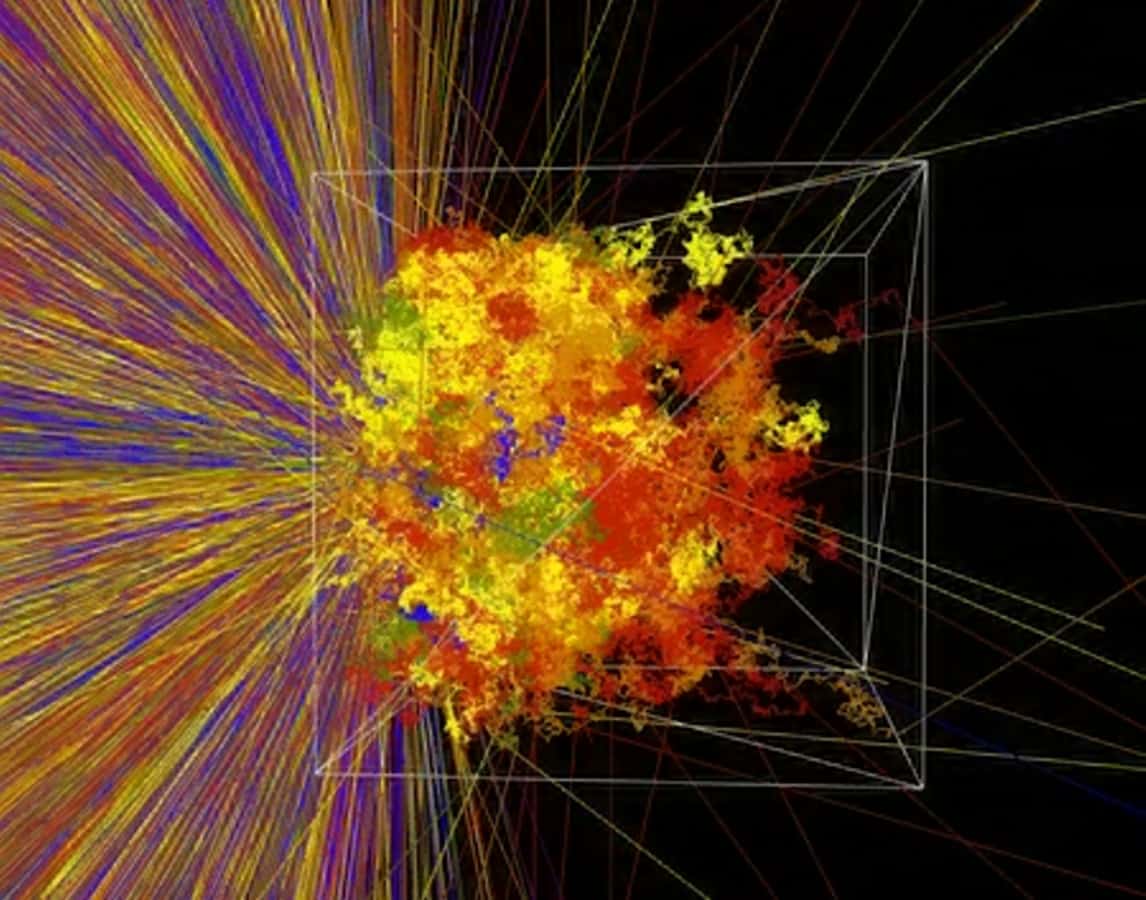 Techniques developed by astronomers to understand space could help fight against breast and skin cancer, according to new research.

A large part of astronomy depends on the detection and analysis of light – scientists study the light scattered, absorbed and re-emitted in clouds of gas and dust to obtain information on their interior.

Despite the vast differences in scale, the processes that light undergoes when travelling through the human body are very similar to those seen in space and when things go wrong – when tissue becomes cancerous – that change should show up.

Early diagnosis is key, with 90 per cent of women diagnosed at the earliest stage surviving for at least five years, compared to 15 per cent for women diagnosed with the most advanced stage.

Cancer creates tiny deposits of calcium in breasts, detected through a shift in the wavelength of light as it passes through the tissue – the Exeter team realised that the computer codes developed to study the formation of stars and planets could be applied to find these deposits.

Research fellow Dr Charlie Jeynes at the University of Exeter said: “Light is fundamental to a diverse range of medical advances, like measuring blood oxygenation in premature babies, or treating port-wine stains with lasers.

“So there is a natural connection with astronomy, and we’re delighted to use our work to take on cancer.”

They eventually expect to develop a rapid diagnostic test that avoids unnecessary biopsies, improving the prospects for survival for thousands of women. Work is already underway with clinicians at Exeter’s RD&E hospital to pilot the technology and pave the way for larger clinical trials.

In a second project, the Exeter team are using computer models for a potential new treatment for non-melanoma skin cancer (NMSC) – this is the most common type of cancer, with more than 80,000 cases reported in England each year.

NMSC is expected to cost the NHS £180 million a year by 2020, a figure set to rise as the disease becomes more prevalent.

In partnership with Professor Alison Curnow of the University of Exeter Medical School, the scientists are using their code to develop a simulated ‘virtual laboratory’ for studying skin cancer treatment.

The simulation looks at how gold nanoparticles in a virtual breast tumour are heated by exposure to near-infrared light. After one second of being exposed to radiation, the tumour heats up by three degrees Celsius.

After 10 minutes, the same tumour is heated by 20 degrees – enough to kill its cells.

So far, photothermal therapy with nanoparticles has been effective in rats, but with the team’s code to narrow down experimental conditions, they are working towards translating the technology for humans.

Dr Jeynes said: “Advances in fundamental science should never be seen in isolation. Astronomy is no exception, and though impossible to predict at the outset, its discoveries and techniques often benefit society. Our work is a great example of that, and I’m really proud that we’re helping our medical colleagues wage war on cancer.”

The next steps include using 3D-rendered models taken from images of real tumours, and simulating how these would respond to different treatment regimes.

Data exists on how these tumours responded to treatment, which the researchers say gives excellent ‘ground truth’ data against which to compare the models.

In this way the team will be able to predict whether different types of treatment would be more effective for a particular tumour type, and enable clinicians to have more options when it comes to choosing a treatment plan.

Dr Jeynes will present his and Professor Tim Harries’ team’s work today (WED) at the RAS National Astronomy Meeting (NAM 2019) at the University of Lancaster.