Researchers found found the drug could boost the response to chemotherapy in cancers that had become resistant. 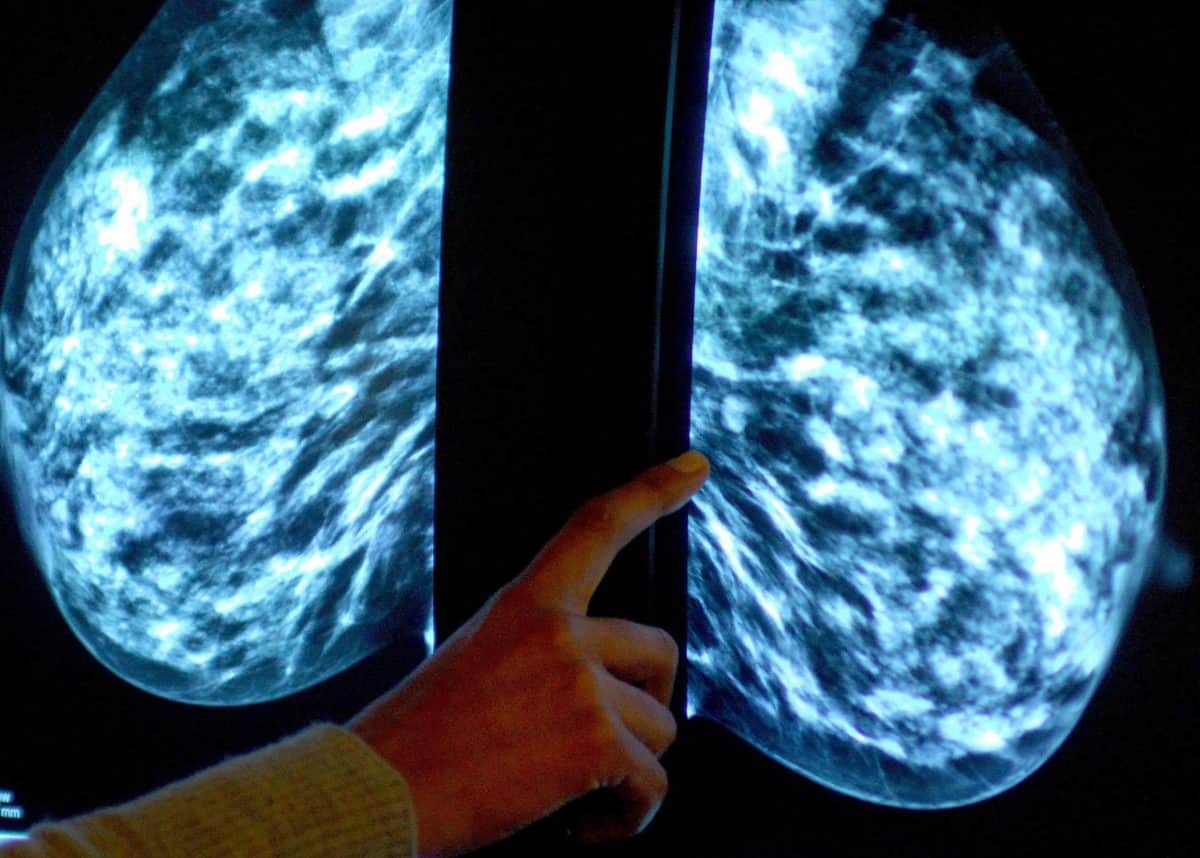 A new type of drug that blocks one of cancer’s escape routes from chemotherapy could be used to treat aggressive breast cancers, a study suggests.

Scientists at The Institute of Cancer Research (ICR), London, found the drug could boost the response to chemotherapy in cancers that had become resistant in both cells grown in the lab and in mice.

The drug – known as BOS172722 – works by forcing cancer cells through cell division too quickly.

Spiros Linardopoulos, professor of cancer biology and therapeutics at the ICR, who led the study, said: “We have discovered a brand new type of cancer treatment that uses cancer’s rapid growth against it, by forcing cells through cell division so quickly that they accumulate fatal errors.

“The drug works especially well in combination with chemotherapy in triple negative breast cancer cells – the deadliest form of breast cancer for which there are few successful treatments.

“Crucially, the combination is anticipated to be effective in cancer patients that have already become resistant to chemotherapy alone and has the potential to become a much-needed extra treatment option that could extend the lives of patients.

“The phase I trial of this combination is currently well under way and I look forward to the results.”

A trial of the new treatment is now under way in solid tumour cancers, including aggressive triple-negative breast cancers.

Researchers believe it might also be effective against other fast-growing cancers such as ovarian cancer.

The drug, which was discovered at the ICR in the Cancer Research UK Cancer Therapeutics Unit, blocks a molecule called MPS1.

MPS1 is involved in organisation of chromosomes during cell division.

It ensures they are distributed correctly between daughter cells, making sure cell division does not go ahead until they have been parcelled out evenly.

The new drugs block MPS1, causing cancer cells speed through cell division with the wrong number of chromosomes and die as a consequence.

According to the study published in the journal Molecular Cancer Therapeutics, cancer cells in dishes treated with the MPS1 inhibitor went through cell division in just 11 minutes, compared with 52 minutes without the drug.

And fast-dividing cells, from triple-negative breast cancers, ovarian and lung cancers, were especially sensitive to the effects of blocking MPS1.

Professor Rajesh Chopra, director of cancer therapeutics in the new Centre for Cancer Drug Discovery, said: “Cancer’s ability to evolve and become drug-resistant is the cause of the vast majority of deaths from the disease.

“We plan to counter that ability with the world’s first ‘Darwinian’ drug discovery programme within our Centre for Cancer Drug Discovery, dedicated to creating a new generation of anti-evolution treatments.”

People with triple-negative breast cancer currently receive taxane chemotherapies, such as paclitaxel, as their standard care.

It also affects the distribution of chromosomes during cell division but blocks the cell from dividing, killing the cell.

However, some cells escape, becoming resistant to the drug and giving rise to more tumours.

All cells treated with the combination divided with gross chromosomal abnormalities and died as a result.

Meanwhile, 40% of those treated with just paclitaxel remained alive.

The study was funded by the ICR, as well as by Cancer Research UK, Breast Cancer Now and Sixth Element Capital LLP.