It automatically screens a personal photos for 'white eye' which is a precursor of eye disorders including retinoblastoma. 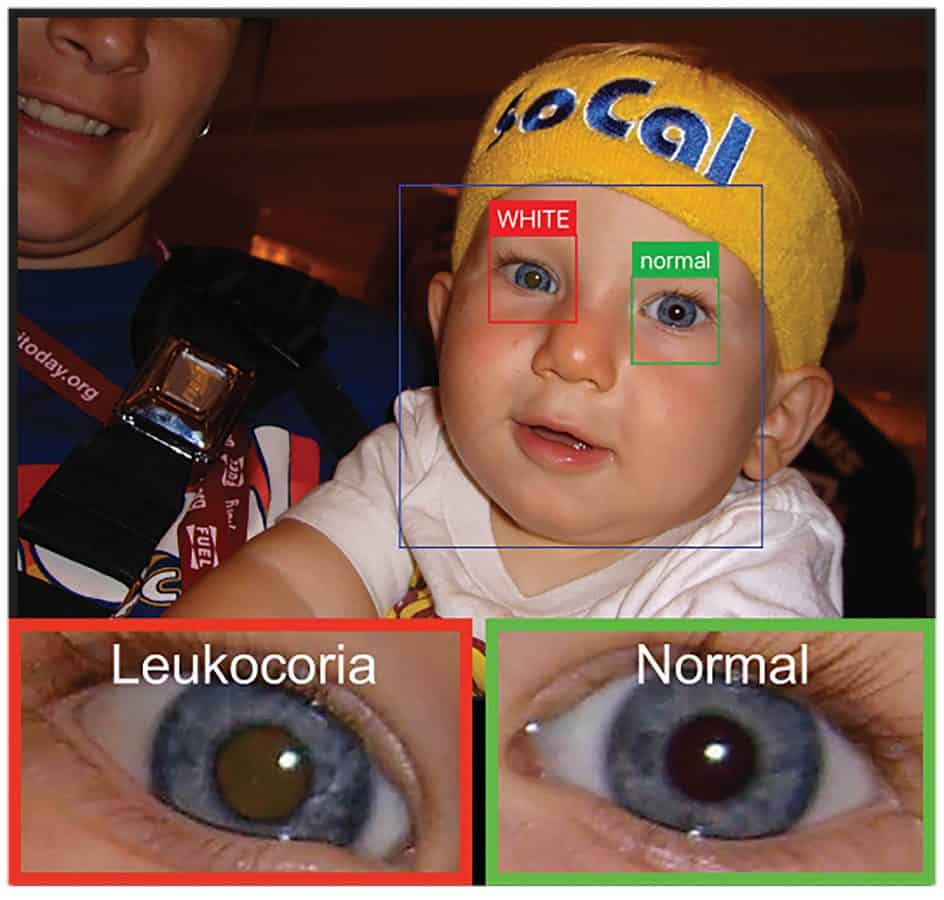 A free smartphone app that can detect eye diseases including cancer from photographs has been created by scientists.

It automatically screens personal photos for ‘white eye’ which is a precursor of eye disorders including retinoblastoma.

Retinoblastoma is a rare type of eye cancer that can affect young children, usually under the age of five, according to the NHS.

It can often be successfully treated if symptoms are caught early and more than nine out of ten children with the condition are cured.

Study author Michael Munson, a researcher at Baylor University in Waco, Texas, said: “The CRADLE application privately analyses digital imagery stored directly on the user’s device, without the need to upload a photograph.

“CRADLE alerts the user when leukocoria is detected. For humanitarian reasons, the CRADLE prototype application was immediately uploaded to the Apple App Store and Google Play under the name ‘White Eye Detector’.

“This CRADLE prototype can be downloaded at zero cost.

“Since being released for Android and iOS devices, the free CRADLE prototype has been downloaded onto 100,000 devices by people on every continent excluding Antarctica.

“Although we cannot track and quantify the impact of these CRADLE prototypes, media outlets have reported incidents of parents who initiated early diagnoses of retinoblastoma, Coats’ disease, and myelin retinal nerve fibre layer in their children by (i) using the CRADLE prototype to detect leukocoria in photographs of their children and (ii) reporting the results to their child’s clinician.

“This study suggests that a parent can use a smartphone application, such as CRADLE, to detect leukocoria.”

Leukocoria, also known as “white eye,” is a white reflection from the retina that can appear during eye exams or in photographs.

Mr Munson said: “For 80 percent of children with eye disorders, the application detected leukocoria in photographs taken before diagnosis by 1.3 years.

“The ‘red reflex test’ is used to screen children for leukocoria in a standard pediatric examination, but is ineffective at detecting many eye disorders. Leukocoria also presents in casual photographs.

“Digital photography, including personal photographs collected by parents of children engaged in activities and settings typical of childhood, represents a feasible supplement for conventional leukocoria screening. Foremost, a parent will photograph their child’s eyes more often than primary care physicians will perform a red reflex test.

“Each photograph collected by a parent – hundreds or thousands throughout childhood – has the potential to represent a frequent test for leukocoria.”

The American Academy of Paediatrics recommends that all children exhibiting white eye should be examined by an ophthalmologist.

Mr Munson and his research team trained a machine learning system to detect white eye and tested the system on 52,982 casual photos of 20 children with confirmed eye disorders and 20 control children.

In eight out of ten of the children with eye disorders, the system detected white eye in photos taken an average of 1.3 years before they diagnosed with a condition.

His research team hope to improve the app to produce fewer false positives.

They added it only currently detected leukocoria in every third photo in which it is present but it was more reliable when screening the large numbers of photos parents often have of their children.

The study has been published in the American Association for the Advancement of Science.