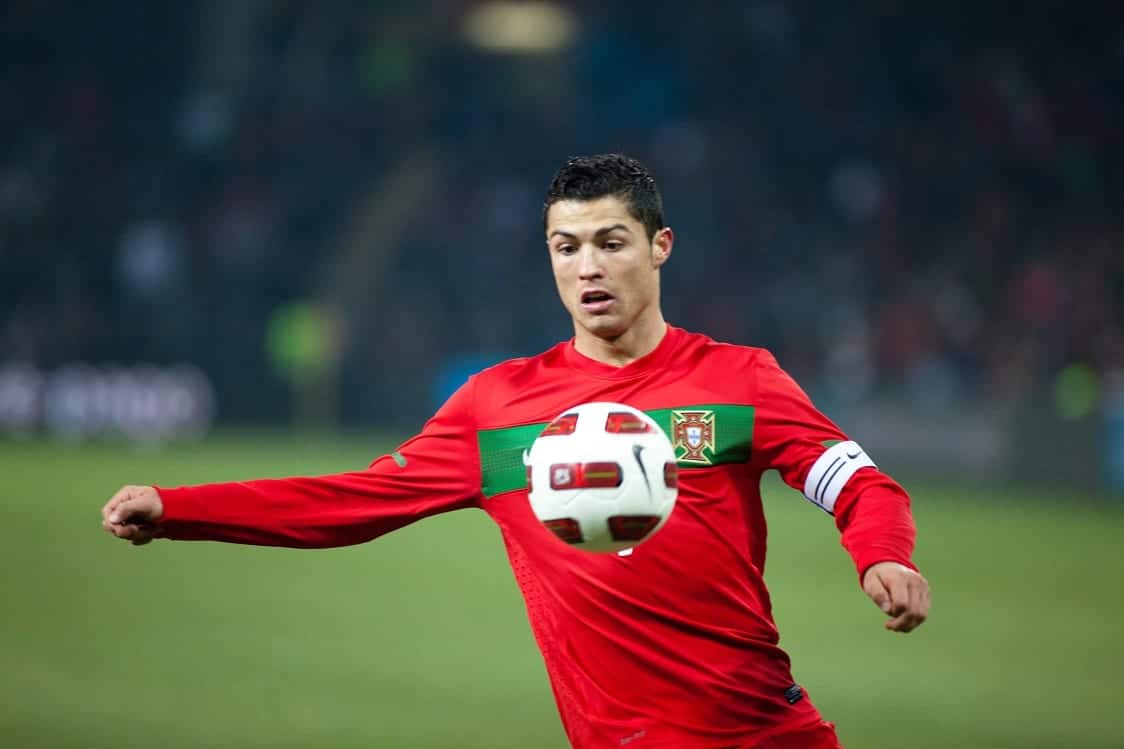 Men seeking a Cristiano Ronaldo’s physique are more likely to be depressed or hit the bottle, according to new research.

They are also at four times more risk of using illegal supplements – and anabolic steroids.

The Juventus star and other male hunks are fuelling body image disorders in young males in the same way sexy beautiful women do in girls.

Explained psychologists Professor Trine Tetlie Eik-Nes: “The problem arises when the bodies of professional athletes like Ronaldo become the ideal for regular young men who have jobs, studies and family.

“Training has to be your full-time job if you want to look like Ronaldo. He belongs to one in a thousand of the world’s population who make their living from sports.

“Some people train as if they were on the national team, but they are only exercisers. This is the difference we need be concerned about.”

Statements such as “I’m thinking of taking anabolic steroids,” “I don’t think my chest is muscular enough” and “I feel guilty if I miss a workout” were typical of those wanting “the same body as Ronaldo”, she said.

Earlier this year Ronaldo, 33, boasted he has the figure of someone 10 years younger – and wants to continue playing until he is 41.

The powerfully-built 6ft 2in forward remains one of the most physically dominant players in the world – still lightning quick, one of the strongest around and able to leap to incredible heights.

Added Prof Eik-Nes, of the Department of Neuromedicine and Movement at the
Norwegian University of Science and Technology, said: “Girls are supposed to be thin and have small waistlines.

“Boys should have wide shoulders and big muscles.

“Those are the narrow ideals that young people grow up with today. It turns out that this unrealistic body image is as challenging for men as for women.”

In the first study of its kind her team used a technique known as DMS (drive for muscularity scale), a 15 question survey that measures a male’s need to be toned.

Participants were asked to rate statements such as ‘I wish that I were more muscular’ and ‘I feel guilty if I miss a weight training session’ from one (always) to six (never).

One in ten had the most common type of body image disorder – thinking they are too fat and wanting to be thinner. They were most likely to suffer depression.

Those most obsessed with going to the gym were also more prone to risky behaviour such as binge-drinking, dieting and using legal and illegal supplements and steroids to build muscle.

Lead author Prof Eik-Nes said women tend to diet because they consider themselves overweight. But most men do it because they think they are too thin.

The researchers called for more resources to be made available to help men struggling with body image disorders.

Prof Eik-Nes said parents’ alarm bells should go off if they have a youngster who is at the gym every day, just wants to eat chicken and broccoli and who consumes protein shakes or supplements all the time.

She said: “If their whole world is about their workouts, parents should take the time to talk with them – for example, by asking questions about what they are actually training for.”

Prof Eik-Nes said the findings based on 2,460 men in the US aged 18 to 32 years will apply across the Western world.

The study published in the International Journal of Eating Disorders suggests many young men are preoccupied with a drive for muscularity, she warned.

Prof Eik-Nes said past research has missed the phenomenon because boys have been asked questions more appropriate for girls.

She believes that the body image challenges facing men have flown under the radar of researchers, parents and health professionals.

She explained: “We’ve been aware of young girls and eating disorders for a long time, and how unfortunate it is to grow up with role models that are so skinny.

“Studies have been carried out on young men too, but they were asked the same questions as girls. Boys aren’t looking to be thin. They want to have big muscles.

“So the questions given to girls are totally wrong if we want find out how young men see themselves and their own bodies.”

Previous studies have shown that boys who are overweight, or thin and lanky, are at greatest risk of developing body image disorders as young men.

The study confirmed this idea, since the men’s desire for a muscular body was unrelated to their weight.

According to Prof Eik-Nes, muscles become a form of cosmetics for muscle-obsessed men. They’re not building their strength to ski faster, or to get better at football or to improve their health.

She said: “They’re only exercising to build their muscles, without the training having anything to do with muscle function. That’s a big difference.”

The challenge of being satisfied with your own body is the same across all education levels.

People who are highly educated are no more satisfied with their bodies than anyone else, the study indicates.

Prof Eik-Nes said: “This drive for muscularity could be a sign that young men don’t have mastery over their lives, but they may feel that they’re mastering how to work out.

“In this context, in simple terms, you could say that girls vomit, while boys are much more preoccupied with exercising than normal.”