Importantly, the shift towards healthier choices was most significant in poorer households—an encouraging development, given numerous studies have shown lower-income populations in the UK are disproportionately affected by obesity.

by Henry Goodwin
in Health 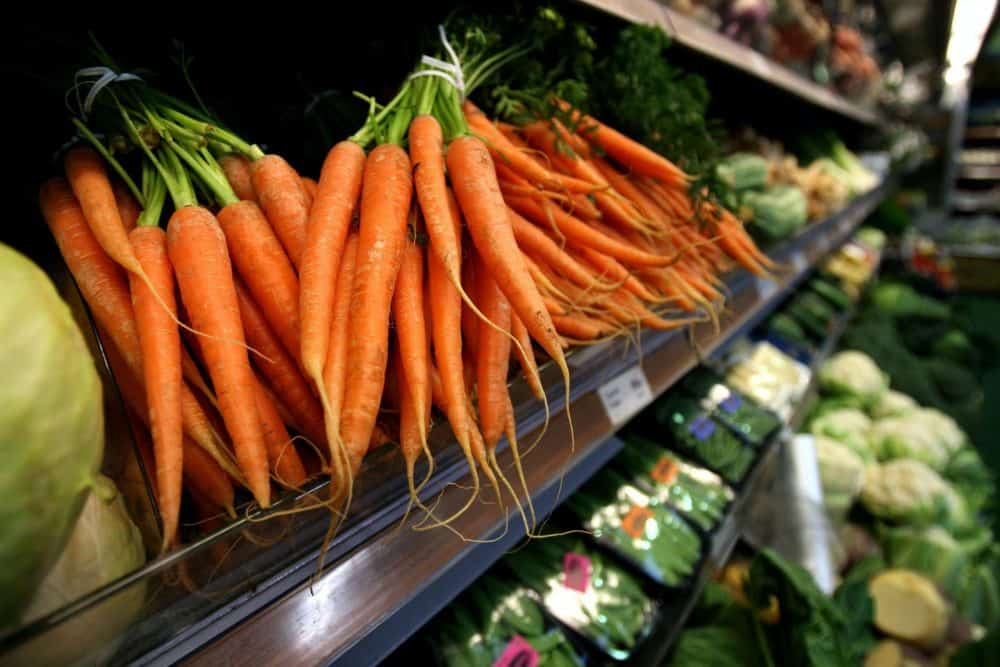 A new study released this summer suggests consumers make healthier food choices when they have more detailed nutritional information, in what could mark a significant shift in the course of Europe’s ongoing debate over front-of-pack (FoP) labelling. Researchers at the University of Bath evaluated the impact of FoP labelling systems on a range of popular ready meals, finding consumers presented with clear information on the salt, sugar and calorie content of labelled store-branded food made choices which improved the quality of their diet.

Importantly, the shift towards healthier choices was most significant in poorer households—an encouraging development, given numerous studies have shown lower-income populations in the UK are disproportionately affected by obesity. One of the study’s most interesting findings was that consumers responded far better to labels which took a hybrid approach, employing a colour-coded system plus information on how the product’s nutritional breakdown fits in with Guideline Daily Amounts (GDA), than to those which relied solely on a traffic-light scheme.

Since different British supermarkets chose different labelling schemes, the researchers couldn’t completely exclude the possibility that clients of supermarkets with a hybrid system (e.g. Marks & Spencer and Asda) somehow had a fundamentally different response to nutritional information than those who shop at supermarkets using the traffic-light scheme (e.g. Waitrose and Co-Op).

The drastic difference in the observed reactions to the two schemes, however—hybrid labels led 8.3% of people to make a healthier choice, while there was no demonstrated effect whatsoever from a pure traffic light system—could have fundamental implications for the future of nutritional labelling, in the UK and across Europe.

The fresh insight into how carefully-designed nutritional labels can spur consumers to make healthier choices is a boon to the British government as it ratches up its fight against obesity in response to doctors’ concerns that carrying excess weight may negatively impact Covid-19 recovery rates.

An alarming recent study from the University of North Carolina found obese patients (those with a body mass index, or BMI, greater than 30) to be at greater risk from the virus in every way. These patients were 113% more likely to require hospitalisation and 74% more likely to end up in intensive care. Worryingly, the research found the risk of dying from Covid-19 is almost 50 percent higher in people with obesity – greater than anyone previously thought.

The UK continues to rank near the top of the rankings for the most obese country in Europe. At almost 28 percent, the proportion of the UK population who are obese is lower only than Turkey and Malta. Prime Minister Boris Johnson, who himself contracted the coronavirus in April this year and spent time in intensive care, has committed to a strategy that will tackle the promotion of fatty, sugary treats in a bid to ‘reduce health risks and protect against coronavirus.’

A rational approach to food labelling

The research from the University of Bath could also shift the narrative in the EU’s food-labelling deliberations, which have become increasingly adversarial as leading EU member states advocate for their preferred systems.

The bloc’s seminal Farm-to-Fork (F2F) strategy, released this past May, is pushing for obligatory FoP labelling. This has given rise to a bitter dispute over which system is best, particularly between proponents of France’s Nutri-Score and Italy’s alternative Nutrinform. Nutri-Score evangelists praise the simplicity of its implementation; the scheme assigns each foodstuff a colour-coded letter, ranging from a green A to a red E. Opponents, however, argue it’s too reductive and unfairly penalises foods widely considered to be healthy as part of the highly-regarded ’Mediterranean’ diet that defines culinary traditions across southern Europe. Ultimately, the goal of both labelling systems is the same: getting Europeans to eat healthier, more nutritious diets that improve their overall health and wellbeing.

Nutri-Score’s sliding scale balances negatively rated saturated fats, calories, sugar and salt, while rewarding fruit, vegetable, protein and fibre content. It doesn’t, however, take into account the benefits of eating fats and proteins in moderation, penalising the former while perhaps overly promoting the latter. There are fears the system may cause consumers to reject inherently healthy food products such as olive oil, all while embracing products with little nutritional value – like sugar-free soda. The University of Bath findings also seem to suggest Nutri-Score’s reliance on color-coding may not be fit for purpose.

By contrast, Nutrinform favours a ‘battery’ symbol to indicate the percentage of energy, fats and sugars contained in a given portion of a food product in relation recommended daily amounts. This approach, as its proponents argue, frames consumption more logically in the context of optimum daily intake.

Italy has recently been picking up support from other countries after the European Commission (EC) approved the Nutrinform scheme for voluntary use. The University of Bath’s suggestion that contextualising nutrients’ quantities within daily recommended amounts helps consumers make healthier choices could well draw further allies to Rome’s side.

The country’s Agriculture Minister, Teresa Bellanova, has spent recent weeks lobbying other EU governments to back Nutrinform ahead of the EC’s planned autumn debates. So far, she has secured the support of fellow ministers from countries including Romania and Greece. Bellanova has framed the debate against Nutri-Score by arguing labelling information should be based on science, rather than subjective judgements on ‘good’ and ‘bad’ foods. The Italian government also maintains FoP labelling should be voluntary across the EU, as opposed to the compulsory scheme mooted by the F2F strategy.

Whatever the outcome, a successful approach to nutritional labelling will not only better inform shoppers, but also incentivise both consumers and manufacturers to take a healthier overall approach to nutrition. While the obesity epidemic requires a multifaceted approach, European policymakers need more evidence-based research to help shoppers change habits for good.