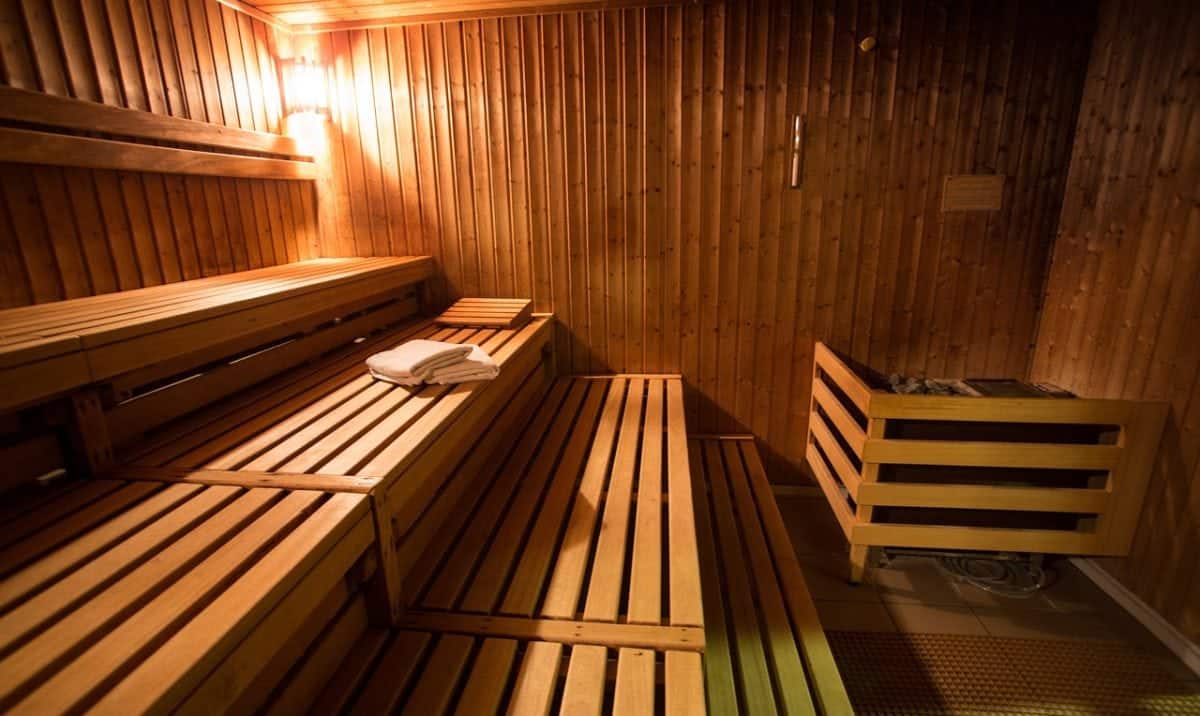 Having a regular sauna really is good for you as it keeps the heart and circulation, skin and even the mind healthy.

Exposing yourself to a hot and dry environment of between 80 to 100C for a brief period reduced the risk of vascular diseases, such as high blood pressure and cardiovascular disease, neurocognitive diseases, nonvascular conditions, such as pulmonary diseases, mental health disorders, and death.

It also alleviated conditions such as skin diseases, arthritis, headache, and flu.

And a session in the sauna could soon be prescribed to those who find it difficult to exercise or patients with stable cardiovascular disease (CVD), recovering from a heart attack or with angina.

Dr Jari Laukkanen of the Faculty of Sport and Health Sciences at the University of Jyväskylä said: “Sauna bathing, an activity that has been a tradition in Finland for thousands of years and mainly used for the purposes of pleasure and relaxation, is becoming increasingly popular in many other populations.

“Beyond its use for pleasure, emerging evidence suggests that sauna bathing might offer a multitude of health benefits.

“Accumulating evidence suggests that regular sauna bathing may alleviate and prevent the risk of both acute and chronic disease conditions.

“During the past decade, a considerable amount of research data from various countries on the potential health benefits of sauna bathing as well as the putative biological pathways underlying these effects have been reported.

“Given the mixed evidence from the literature, there is a need to aggregate data to enable appropriate interpretation.”

The review suggested the health benefits of sauna bathing was linked to the effects of sauna on circulatory, respiratory, cardiovascular, and immune functions.

It also contributed to beneficial levels of circulating hormones and other cardiovascular markers.

And Dr Laukkanen added: “The physiological responses produced by an ordinary sauna bath correspond to those produced by moderate- or high-intensity physical activity such as walking.”

The feelings of relaxation and promotion of mental health and well-being associated with sauna sessions may be linked to the increased production of circulating levels of hormones such as endorphins.

Dr Laukkanen said: “Sauna bathing is a pleasurable recreational activity and has a good safety profile, and most people in generally good health can tolerate a typical hot and dry Finnish sauna.

“There is previous anecdotal evidence that people with cardiovascular conditions are discouraged from having sauna baths because the hot and humid environment imposes a burden on the cardiovascular system.

He added reports of sudden deaths have been linked to drinking before a sauna.

But further studies was needed to understand the pathophysiological mechanisms that underlie the associations between sauna bathing and its health benefits and to establish any causal relevance to the associations and whether these could
be translated into clinical benefits.

Dr Jari Laukkanen concluded: “Sauna bathing, an activity used for the purposes
of pleasure, wellness, and relaxation, is linked to a remarkable array of health benefits.

“It is a safe activity and can even be used in people with stable CVD, provided it is used sensibly for an appropriate period of time.

“Sauna bathing may be a remedy to the call for additional lifestyle interventions needed to enhance health and wellness, particularly in populations that have difficulty exercising, and also as an adjunct to exercise.”

The study was published in the journal Mayo Clinic Proceedings.