Midnight snacks can cause wrinkles and even skin cancer, according to new research. Eating at the wrong time of day disrupts the body’s internal clock, reducing protection against the sun. This is because it weakens the potency of a protein that blocks harmful ultraviolet radiation, explained scientists. The discovery follows research by the same team […] 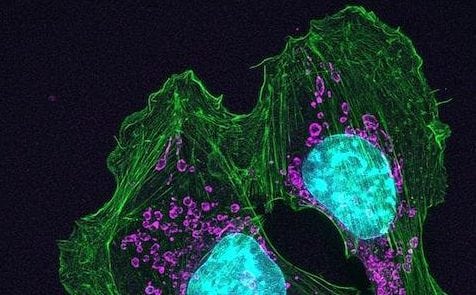 Midnight snacks can cause wrinkles and even skin cancer, according to new research.

Eating at the wrong time of day disrupts the body’s internal clock, reducing protection against the sun.

This is because it weakens the potency of a protein that blocks harmful ultraviolet radiation, explained scientists.

The discovery follows research by the same team last month that found late meals help pile on the pounds.

They have also been linked with an increased risk of breast cancer, heart disease and strokes.

Professor Joseph Takahashi warned people who eat late may be more vulnerable to sunburn and longer-term effects on the skin such as ageing and skin cancer.

The distinguished neuroscientist, of University of Texas Southwestern Medical Centre, advised sunbathers to dine early if they plan catching some rays.

He said: “This finding is surprising. I did not think the skin was paying attention to when we are eating.”

Experiments found mice given food only during the day an abnormal eating time for the nocturnal animals sustained more skin damage when exposed to UVB (ultraviolet B) radiation.

This occurred because an enzyme that repairs sun-damaged skin – known as XPA (xeroderma pigmentosum group) – shifted its circadian rhythm to be less active in the day.

Mice that fed only during their usual evening times did not show altered XPA cycles – and were less susceptible to daytime UV rays.

Dr Takahashi said: “It’s likely if you have a normal eating schedule then you will be better protected from UV during the daytime.

“If you have an abnormal eating schedule that could cause a harmful shift in your skin clock, like it did in the mouse.”

But little had been understood about what controls the skin’s daily clock.

Prof Takahashi and colleagues focused on this factor because it had already been known to affect the daily cycles of metabolic organs such as the liver.

They found besides disrupting XPA cycles changing eating schedules could affect the expression of about 10 percent of the skin’s genes.

Prof Andersen, of California University in Irvine, said: “It’s hard to translate these findings to humans at this point.

“But it’s fascinating to me the skin would be sensitive to the timing of food intake.”

Prof Takahashi, who is famous for discovering the first circadian rhythm gene dubbed Clock, is researching other ways in which eating schedules affect it.

His study earlier this year reinforced the idea the time of day food is eaten is more critical to weight loss than the amount of calories ingested.

Mice on a reduced calorie plan that ate only during their normal feeding/active cycle were the only ones to lose weight. This was despite consuming the same amount as other groups fed at different times.