Doctors diagnosed David Elston with autism at the age of three and told his parents he would likely never speak.

by Ben Gelblum
in Children and Family, Good News, Health 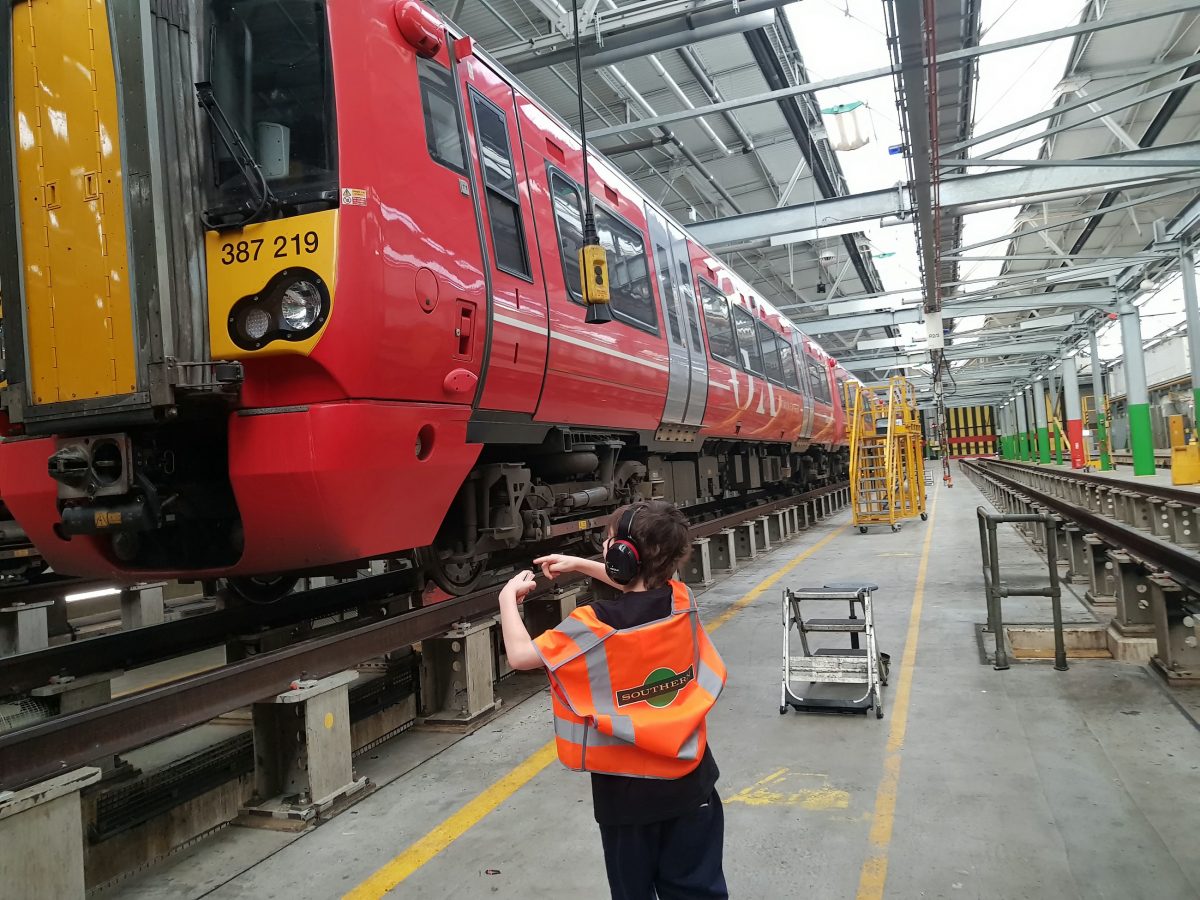 A little boy with autism was given a dream tour of a rail depot after staff discovered he learned how to speak by reading train timetables.

Doctors diagnosed David Elston with autism at the age of three and told his parents he would likely never speak.

But the little lad became obsessed with trains and buses and soon began reading numbers and destinations off them, and now he can read, write and communicate.

The ten-year-old was treated to a private tour of his local rail depot after staff discovered how their trains had helped him communicate.

Mum Donna said: “When he was diagnosed at three he was non-verbal and we were told it was very unlikely he would ever talk.

“Thanks to the trains and buses he learnt to read and talk – this was one of the first times we got recognisable words from.

“When he was that he watch the buses reading the numbers and number plates – it is amazing how we were able to use his obsessions to help him learn.

“When you are on a train, you hear the destinations very clearly and he was able to absorb it much easier – he was like a sponge.

“It’s a calming environment for him – the train moves on the tracks from station to station and there’s no deviation.

“He finds the physical movement comforting too – David is also fascinated by the mechanical structure of the trains so the chance to see them up close was so exciting for him.

“It’s been a big learning curve for me – David learns very visually, it was fascinating to understand how his mind works.”

David, who has a sensory disorder and ADHD, has problems processing spoken words he hears into speech but can process train destinations paired with announcements very well.

Sensory processing disorder is a condition in which the brain has trouble receiving and responding to information that comes in through the senses.

The disorder means David, who wears noise cancelling headphones, can become overwhelmed by his environment but focusing on trains and buses helps to distract him.

All the station staff treat him “like a king” when he arrives and Carol, who runs the coffee kiosk, has a sign up asking for used and unwanted tickets which David loves to collect.

Southern Rail worker Ryan Bower spotted the sign and invited David for a tour of the train maintenance shed at Brighton station.

He said: “Two days later I saw David at Angmering Station and saw first-hand David’s reaction to trains passing through the station.

“His mum Donna was taking him out for the day on the trains and it was lovely to see – seeing that really made me want to help in some way.”

After securing the required permissions – and an extra-small high-vis jacket – Ryan arranged the tour of the Southern maintenance shed at Brighton Lover’s Walk for David.

Ryan said: “Hearing the joy that the railway brings to David every time he travels on our service is inspiring and seeing his reaction made me want to do something different for him, something that he will always remember.

“There can be so much negativity surrounding the railway and the business of running a service, it seems a shame when historically the railway is an institution and should bring joy as it always did.”

Donna said: “The staff are amazing at Angmering station – they treat him like a king when he’s there.

“The tour was absolutely fantastic – he was able to get up close to the trains and touch them.

“He saw parts of the train being mended which really helped him understand what happens to the trains when they are not in service – before he was only able to imagine it.

“He has been focusing since on the numbers of trains and looking out to see if he can see any he saw on the tour – he’s already encountered one.

“It’s a really good distraction for him because he has a child phobia, which means he gets upset around children because he finds them unpredictable.

“We have very strict rules for him, especially because we are around railways so much, and he finds it very hard when he sees other children not following the rules, like getting to close to the yellow line.

“He worries him and he can go into quite a big meltdown – I found that looking for these numbers really helps to distract him.

“Life is tough for David sometimes, he can become very upset when triggered by certain things and the trains give him a sense of purpose and make him feel special.”

April is autism awareness month and Donna wants to encourage the public to ask questions rather than stare when they are travelling on the network.

She said: “While we have had more positive experiences than negative, there still needs to be more awareness.

“I encourage people to ask questions to help them understand what Autism
actually means rather than stare.”