After a series of blunders that saw the country record the highest death toll in Europe, the UK government appear to finally have their ducks in line with regard to their vaccination programme. 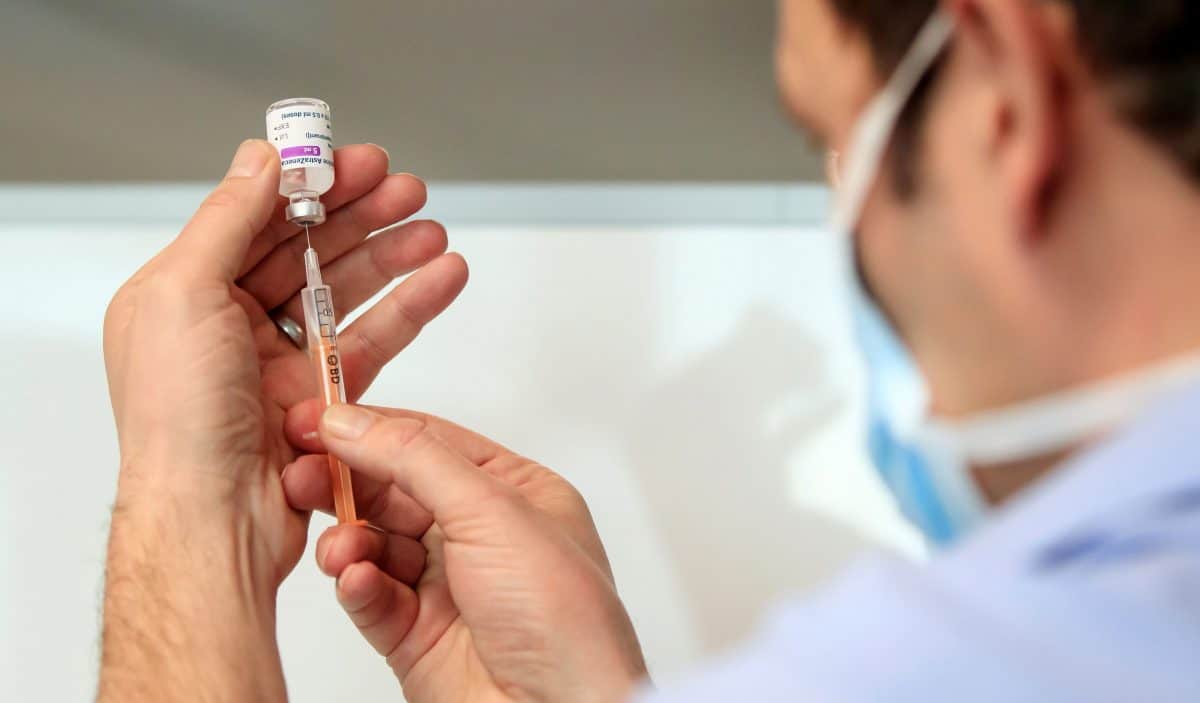 This week, Britain’s vaccination campaign – the most successful component of Boris Johnson’s coronavirus response – allowed the UK to reopen pubs and restaurants over a year after they first closed, even as the rest of Europe remains under lockdown. But while the vaccines are at the heart of the UK’s coronavirus response, British researchers are still hard at work testing potential Covid-19 treatments, propelled by the reality that vaccines alone are not enough to protect the public.

Although the country progresses steadily towards its targets, a percentage of the population remains unwilling or unable to receive the vaccine. What’s more, the alarming and unpredictable appearance of multiple new strains of the virus in other countries – which are transmitted more rapidly and could be resistant to extant vaccines – means that public experts are warning that the prospect of new outbreaks and lockdowns cannot be discounted. For these reasons, it’s vital that health services have access to the latest preventative measures and viable treatments if they are to avoid a repeat of the catastrophic loss of human life experienced over the last year.

After a series of blunders that saw the country record the highest death toll in Europe, the UK government appear to finally have their ducks in line with regard to their vaccination programme. At present, over 10 million adults have now received both doses of the vaccine, including over half of those most at risk of suffering serious symptoms from Covid-19. The Conservatives have smashed their own target of offering at least one dose for everyone in the country aged 50 and over and are now concentrating on over 45s. Westminster’s quick mobilisation on vaccines is making reparations for earlier missteps, with Public Health England (PHE) estimating that mass vaccination has saved over 10,000 British lives and counting.

However, ministers have stressed that the war is far from over. Of particular concern are the emergence of virus variants, especially those in South Africa and India. The former has been detected in 557 patients in the UK, while the latter has seen 182 British diagnoses in just the last few weeks. The Indian strain – officially known as B.1.617 – is believed to be especially troubling, given that it’s a double mutation and could potentially lessen the effectiveness of existing vaccines. According to the grim prognosis of one expert, its highly infectious nature means it could even be dominant in the country by the end of June, which is well in advance of the government’s July 31st target for inoculating all adults with their first jab.

Leukine, a game-changer from the Continent?

As a result, the NHS will require other tools at their disposal to combat the virus. Research into potential treatments has been ongoing since the outset of the pandemic, with the Donald Trump-endorsed, WHO-discredited hydroxychloroquine the most notorious event outside of vaccine development. However, there are several encouraging candidates in the pipeline, in the UK and elsewhere.

In Belgium, for example, a trial in suggests that a breakthrough in Covid treatment may be on the way. The drug in question is Leukine (also known as sargramostim) from US bio-tech firm Partner Therapeutics, has already proven to deliver lung function improvements of at least 33% when inhaled in over half of all participants. During the randomised study, those patients suffering from the acute respiratory disease known as hypoxic respiratory failure caused by severe Covid-19 who were given Leukine, had significantly improved oxygenation levels.

According to the trial’s leader, Dr Bart Lambrecht, Leukine not only promises improved lung functions, but causes an active anti-viral immune response as well, where the drug is “stimulating specific immune cells that fight against the virus.” These positive results means that the drug could turn out to be an important supplement against the fight against Covid-19, with the drug being rolled out across the continent shortly. Importantly, Leukine could be a game-changer in the British context as well.

Planning for every eventuality

At the same time, the UK is also advancing on that front. A pot of up to £3.2 million has been set aside to fund two cutting-edge clinical trials aimed at preventing the elderly, incapacitated and immunosuppressed from catching Covid-19. The first, named PROTECT-V, aims to investigate the use of the tapeworm drug Niclosamide in immunocompromised members of society. The common drug showed encouraging potential in limiting lung damage in Covid sufferers in a study from Kings College London. It will now be tested on organ transplant recipients, users of dialysis machines and other sufferers of autoimmune conditions.

A second study, PROTECT-CH, will focus on treating the highly exposed inhabitants of care homes, who account for a third of all deaths in England and Wales thus far. Given that at least 20% of all care home employees have yet to be vaccinated, that extra lung capacity could be the difference between life and death for the country’s most vulnerable residents.

While the devastation of the last year has left an oppressive cloud hanging over the whole world, the medical response to the disease should be recognised for the consoling silver lining that it is. The discovery of not just one, but several viable candidates within months of the pandemic’s outbreak smashed all previous records for vaccine development, while the news that coronavirus research may simultaneously unlock the mysteries surrounding other diseases (like HIV and cancer) is especially encouraging.

Even if Brits are back in pubs across the country, it is too early for the government to crack open the champagne just yet. As well as putting eggs into the vaccination basket, politicians must ensure that the UK has several other contingency treatment plans in place. The NHS Niclosamide and Leukine trials are giant leaps towards ensuring that the current drop-off in hospitalisations and mortalities is indicative of a new normal rather than a temporary reprieve preceding a third devastating spike in infections.