Filipino Jose Alvarez grew to "hate himself" and ended up losing his career because of the disorder, which left him unable to walk or talk properly 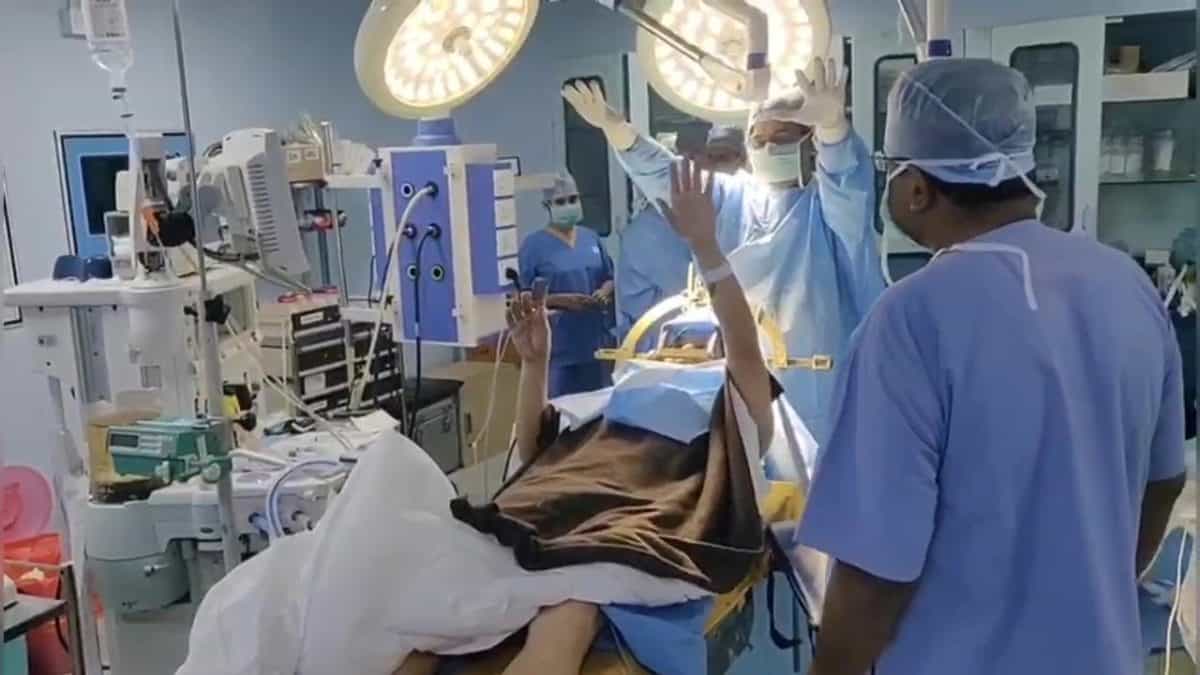 This incredible footage shows the moment a man literally stops shaking as surgeons cure his Parkinson’s disease – during a brain operation.

Filipino Jose Alvarez ended up losing his career because of the disorder, which left him unable to walk or talk properly.

But last month Jose underwent a new type of brain surgery – where he stayed awake during the op.

Video shows him trembling as doctors begin to operate – then all of a sudden he stops shaking and raises his hands in the air in disbelief.

The procedure is described as a “milestone in medical history” to have his crippling symptoms miraculously cured.

The operation was carried out at Bhagwan Mahaveer Jain Hospital in the Indian city of Bengaluru, capital of the southern Karnataka state.

The surgery involved doctors carrying out a right sided Stereotactic MRI guided pallidotomy, which involves a circuit being burned into the patient’s brain.

Since the operation Jose’s leg and hand tremors have stopped, his movements have become smooth and his speech has improved.

He said: “Doctors have given me a new lease of life. Life has been my best so far but I now experience freedom

“I am able to stand and walk, perform my routine activities like bathing, dressing, eating food and drinking water.”