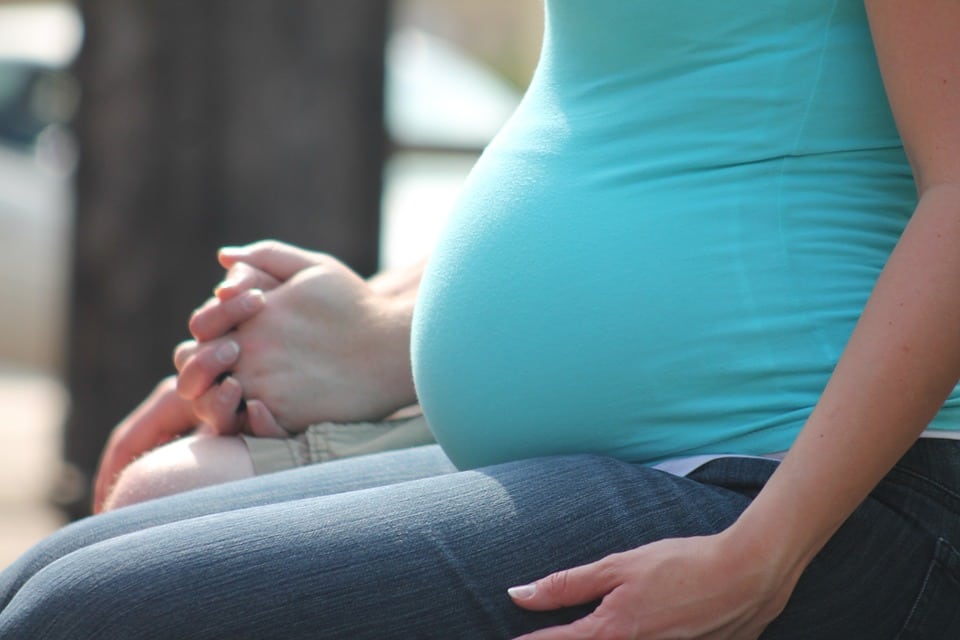 The stress of modern life is making women suffer from pre-natal depression at twice the rate of their mum’s generation, a study found.

Prenatal depression is on average 51 per cent more common among young mothers
than 25 years ago.

And the pace of modern life coupled with the rise of social media and more working mothers struggling to balance work and home life was to blame for the rise.

Dr Rebecca Pearson, a Lecturer in Psychiatric Epidemiology at the University of Bristol said: “The results suggest that prenatal depression is on average 51 per cent more common among young mothers in the current generation of the ALSPAC cohort than during their mothers’ generation 25 years ago.

“The findings in this study mirror the more general increase in depression among young women that has been recently reported.

“If the increase in the prevalence of prenatal depression over the past 25 years is confirmed, it is important to understand the potential changes in society and lifestyle that may have contributed to the observed increase.

“Chronic stress, sleep deprivation, eating habits, sedentary lifestyle, and the fast pace of modern life may be contributing to an increasing prevalence of depression among young people generally.

“The impact of such changes may be amplified when a woman becomes pregnant.

“This generation of young women has also experienced rapid change in technology, internet, and social media use, which has been associated with increased feelings of
depression and social isolation and changes to social relationships.

“Beyond the background mechanisms for increasing depression prevalence among young people, pregnant women are likely to face additional pressures.

“First, as compared with the 1990s, the proportion of mothers working has increased substantially, and inflexible work arrangements and work pressure are associated with greater depressive symptoms in mothers.

“Difficulties balancing work and home may be increasing, and this may be reflected by the increase of G1 women reporting ‘things are getting too much’ compared with their mother’s generation (G0) in our sample.

The findings have implications because a mother’s depression during pregnancy can increase the risk of her child suffering emotional, behavioural, and cognitive difficulties.

And prenatal depression often continues after birth further risking the mothers’ health, her parenting, and the child’s development.

Previous estimates suggested depression during pregnancy affected between 10 and 15 per cent of women, a similar rate affecting women post pregnancy.

In the UK alone it is estimated the costs of perinatal mental illness are more than £8 billion each year.

Researchers from the universities of Bristol and Oxford hypothesised prenatal depression had increased because of an increase use of psychiatric services and antidepressant prescriptions among the general population have increased in recent years.

But whether these changes reflect less stigma and greater awareness of mental health or were a sign of a genuine increase in overall population levels of depression remained unclear.

So the study looked at two generations of women taking part in the Avon Longitudinal Study of Parents and Children ALSPAC.

This recruited pregnant women living in southwest England between 1990 and 1992 and has followed them, their partners, and their index children since then.

The first generation (G0) included 2,390 women and the second (G1) 180 and depressed mood was measured using self-reported surveys in both generations.

Both groups were limited to the same age range of 19 to 24 years with the second generation of pregnancies occurring in 2012 to 2016.

Dr Pearson concluded : “Using a unique data source, we present evidence that depression in young pregnant women is higher today than in the 1990s.

“There are a number of plausible explanations for this phenomenon that deserve further investigation in future research to guide prevention and treatment.

“The findings highlight the need for increased screening and resources to support young pregnant women and minimise the potentially far-reaching impact of depression on mothers, their children, and future generations.”