In a world that so often looks hopeless, can we still have faith and what does it mean to have faith? In First Reformed, Paul Schrader, seemingly reinvigorated as a filmmaker, wrestles with these questions through Reverend Toller (Ethan Hawke), the priest at a historical church with only a few congregants. When he’s asked by […] 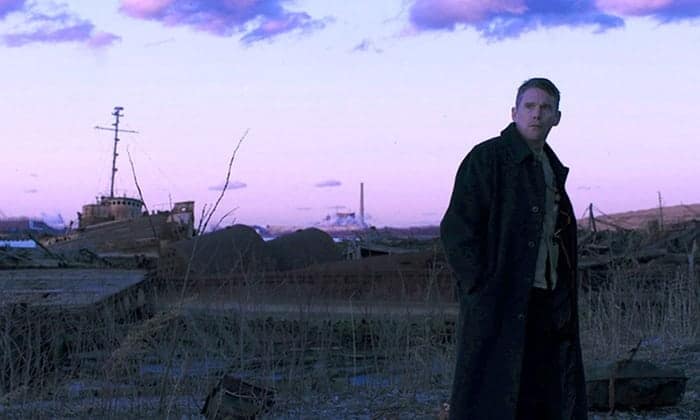 In a world that so often looks hopeless, can we still have faith and what does it mean to have faith? In First Reformed, Paul Schrader, seemingly reinvigorated as a filmmaker, wrestles with these questions through Reverend Toller (Ethan Hawke), the priest at a historical church with only a few congregants. When he’s asked by a new attendee, Mary (Amanda Seyfried), to speak to her environmentalist husband Michael, Toller is troubled by his hopelessness and, when Michael kills himself, haunted by his own inability to help. With the celebration of his church’s 250th anniversary approaching and his own health issues beginning to affect him badly, Reverend Toller seems ever more unsettled by both the corporate Church and the world around him.

Ethan Hawke is the best American actor of his generation and, while he’s twice been Oscar nominated, it still feels as though he’s underrated. I’ve always thought that’s because he’s such a subtle performer. Hawke allows things to unfold in silence, in tiny adjustments that let you in to a character’s thought process rather than using dialogue to explain to you how that person is feeling in the moment. First Reformed, if there is any justice, will bring him a third Oscar nomination and perhaps the prize itself, because it may be the best performance he has ever given.

Early in the film, Reverend Toller, trying to counsel Michael, asks if the younger man knows his story. This is how we learn about Toller’s son, who he encouraged to enlist in the army, where he was killed six months later, on a tour of duty in Iraq. Hawke’s performance here is both raw and guarded, it’s almost as if he’s exposing every raw nerve he has, but trying to hide that from the man he’s speaking to. That sense of a man living on an emotional razor’s edge never quite goes away thereafter, it’s a remarkable piece of acting. When his performance does have to grow larger, Hawke gives us a glimpse of a man who has let go. In one scene he vocalises, to himself, grunting rather than speaking. Here we see Toller at a moment in which he’s lost that tenuous grip on the world. He’s a contradiction of a character, growing further from the world even as he sees more reason to fear for it, but Hawke makes us feel and understand that dissonance. I’ll be shocked if I see a better performance from a leading actor this year.

If Hawke is working at the top of his game here, so is Paul Schrader – a big statement when you’re talking about the man who wrote Taxi Driver and Raging Bull. His screenplay; thoughtful and angry; polemical yet poetic, is full of beautifully crafted language, particularly in the narration drawn from Toller’s diary. The dialogue is simple when it needs to be, but moments like Toller’s questioning of an oil magnate who funds the megachurch that owns First Reformed or his rebuke to Esther (Victoria Hill), a choir mistress who clearly wants to resume a relationship they had, are notable for both the precision and the impact of their language.

Just like the writing, Schrader’s imagery is beautiful in its precision. The 1.37:1 framing gives everything a claustrophobic feel, and the way that Toller is often seen to the side of frames rather than in their centre gives us an indication of where he finds himself fitting in the world. Hawke dominates the film with his exceptional performance, but Schrader also gets surprising work from an against type Amanda Seyfried, much less affected than usual as the pregnant Mary (the name is clearly not a coincidence, but neither does it feel like a clanging metaphor). Also a welcome surprise is Cedric Kyles, better known as Cedric The Entertainer, excellent in a straight role as Toller’s boss.

I don’t want to tell you much about First Reformed because even as it unfolded I didn’t imagine where it would go, or even which of Schrader’s other films would end up seeming to be the main influence on it. What I can say is that this is a morally searching film; challenging and provocative beyond questions of faith and environmentalism. Be prepared to sit with it in the darkness for a while after the credits roll.