Instagram plans to develop a new app targeted at children, 'Instagram Kids'. Will this help solve the negative impact on young people, or is it a cynical attempt to hook young people to the platform? 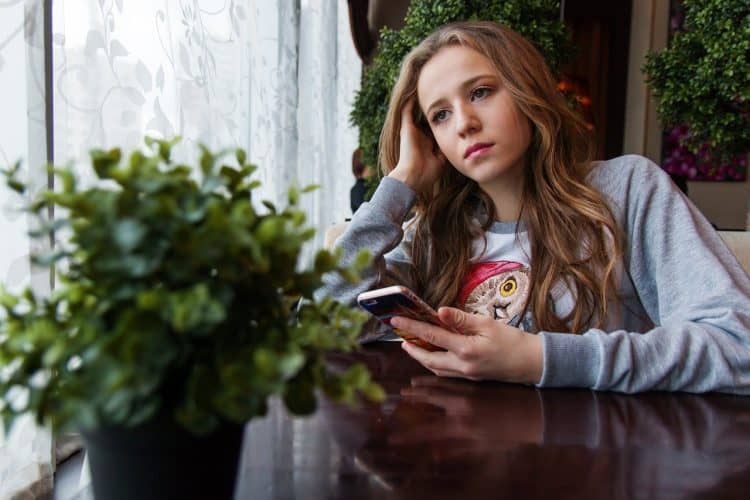 Unless you’ve had your head in the sand this week, you will have seen that social media has been under the spotlight once again.  A Facebook whistleblower, Frances Haugen, yesterday implored Congress to take action against the social media giant, which also owns Instagram. She accused the company of wilfully putting users in danger in pursuit of ‘astronomical profits.’

Haugen spoke to the Senate after leaking internal communications and research, including documents showing the company was aware of the risks that Instagram can pose to the mental health of young people.

This is negative publicity that Instagram certainly doesn’t want in light of their plans to develop a new app targeted at children.

Millions of people use Instagram every day without any issues. In fact, as of July 2021, there were 28.81 million Instagram users in the United Kingdom (UK). The usership represents over a quarter of the UK’s male population and almost 30 percent of females.

People use the app to share photos with friends, keep tabs on their favourite celebrities, and follow social media influencers.

The most followed Instagram influencer in the UK is David Beckham. The former England international footballer and current president of Inter Miami FC had over 65 million followers, as of 2020. DuaLipa was the top female influencer on Instagram in the UK.

The highest proportion of Instagram users in the UK are females under the age of 24. Instagram is most popular with the younger generation, which is where some of the issues are associated.

Does Instagram have a negative effect on young people?

The problem of course is that many people on Instagram are promoting a ‘perfect life’. This ‘perfect life’ is normally a world away from ‘real life’, but for many young users, it is the yardstick by which they judge themselves. Of course, nobody’s life looks like that in reality, and so many young people are left feeling depressed about their circumstances.

Instagram can also be one big popularity contest amongst young people. Regular users are left feeling inadequate when comparing themselves to peers who have more likes and more followers.  Imagine being at school and having a fraction of likes and followers when comparing yourself to others in your class. Understandably, it can easily be perceived as appearing lower down the social pecking order.

There is also the issue of trolling and bullying. It’s easy to take negative or even vile comments to heart, particularly if you are feeling inadequate already. As we know, being mean to people online is all too easy.

Given this environment, teenage girls say Instagram’s mental health impacts are no surprise.

Getting likes and follows on Instagram is a near obsession with many teens and young adults. Aspiring to their favourite celeb, or perhaps other people within their peer group drives this obsession.  Being an Influencer is also seen as a desirable or easy way to make money.

Casual users probably don’t realise that the majority of influencers use Superviral to buy Instagram followers. This is where Instagram users can actually pay to have real people follow them. For example, they can pay as little as £2 for an extra 100 followers, or up to £40 for a whopping 5,000 followers.

With this in mind, it’s important that children and young adults don’t believe everything they see on the platform. Certainly, they should not judge themselves against others.

But how can Instagram protect young people’s mental health?

Social media is here to stay, and the majority of people enjoy the platforms without too many issues. But, there are increasing calls for moderation and tighter rules to protect those who are vulnerable. Especially when it comes to trolling and content filters for young people.

Education is certainly needed to show young people that Instagram is not ‘real life’. It can be a great place to showcase lovely photography, but it doesn’t indicate that everyone you are watching is having fun all the time.

It’s also worth noting that many influencers (and regular people) buy their likes and follows from specialist companies, as mentioned above.  A tiny proportion of influencers make money, whilst those that do generally work very hard to portray the ‘image’ that gets them likes and follows.

Instagram say they are attempting to solve the issue by developing ‘Instagram Kids’, in order to provide a more appropriate version of the platform for younger people.

However, critics see the move as a cynical attempt to hook young people onto the social media platform.

Given the negative feedback in light of the whistleblowing case, these plans have been temporarily halted. However, it certainly sounds like Instagram doesn’t have plans to permanently shelve the idea.

Instagram head Adam Mosseri said, ‘the reality is that kids are already online, and we believe that developing age-appropriate experiences designed specifically for them is far better for parents than where we are today.’

Watch this space to see what Instagram and Facebook do about the issue of children’s mental health on their platforms, and if ‘Instagram Kids’ is the magic bullet they are looking for.