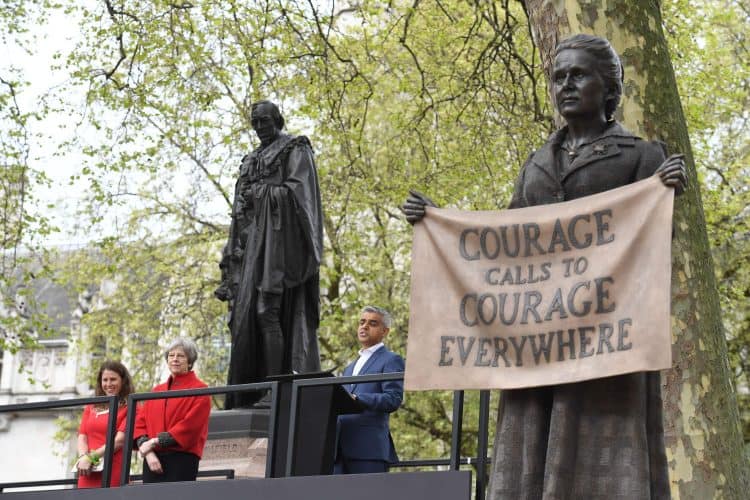 “Australia’s gender inequality ranks worse than Kazakhstan and Serbia,” a recent headline in The West Australian warned, spotlighting a troubling trend in which the world’s wealthiest nations are punching below their weight on gender equality while middle-income nations like Kazakhstan are making real progress.

Indeed, the Central Asian country has made strides in recent years, by empowering women and putting them at the centre of entrepreneurship and policymaking. Just this week, a delegation of six Kazakh parliamentarians became the European Parliament’s first foreign guests since quarantine requirements were eased, taking part in the 18th Kazakhstan-EU Parliamentary Cooperation Committee. Four out of the six Kazakh representatives were women, a fact which Italian deputy Fulvio Martusciello underlined when welcoming the delegation, indicating that the strong representation of women in the group demonstrated the attention that Kazakhstan’s government has paid to working towards achieving gender equality in the country.

What went so well in Kazakhstan that the country has consistently notched up excellent scores on international assessments of gender equality, recently outpacing the likes of the UK, Australia and France in terms of women’s economic participation and opportunity as measured by the Global Gender Gap Report? Why, meanwhile, are some of the world’s wealthiest nations, including the UK, stagnating on their progress towards genuine gender equality?

Political will and targeted measures

As European parliamentarians recently noted, Kazakhstan is in the middle of a broader drive of political and democratic reforms, and gender equality has routinely featured at the top of Nur-Sultan’s agenda. The country’s progress, Kazakh president Kassym-Jomart Tokayev argued earlier this year at a panel on expanding women’s economic opportunities, “depends mostly on ensuring the rights of women, creating the necessary conditions for the full realization of their potential”.

This concerted political will has been accompanied by targeted measures to seal gender gaps in the country, which declared its independence from the Soviet Union 30 years ago. In 2020, for example, legislation was amended to ensure that women and young people should make up at least 30% of party lists—a change which allowed the percentage of female lawmakers in the lower house of Parliament to rise to 27%, an all-time high in the history of Kazakhstan’s legislature. Women are already well-represented in the civil service and the judiciary, with women making up 55% of all Kazakh judges—a figure which makes the UK’s 39% of female judges, already one of the lowest rates in Europe, even more alarming.

Kazakhstan’s efforts to remove barriers to the labour market and business creation, meanwhile, have also netted gains, with some 43% of small and medium-sized enterprises (SMEs) in Kazakhstan now headed by women and a staggering 77% of individual entrepreneurs. Further improvements seem on the cards, as the country’s Information Ministry is implementing a map of gender needs between now and 2023 and Tokayev has called for the share of women in the management of state-owned companies to increase to 30%.

Complacency and lack of clear strategy leave UK falling behind

The UK, unfortunately, has not demonstrated the same political will to aggressively push for greater gender equality. While Boris Johnson has repeatedly paid lip service to the importance of “levelling up” women’s representation in high-level political posts, the reality under his administration has not matched the rhetoric. The UK’s pandemic response, one of the most important current policy issues, has been managed almost entirely by men—something which is particularly problematic since the pandemic has disproportionately affected women and could, according to the UN, wipe out some 25 years of progress towards gender equality. While the Cabinet has a relatively low level of female participation, at 27%, women’s representation is not where it should be in local government, either—according to analysis by the Fawcett Society, at the current pace councils in England will not reach gender parity until 2077.

British women are struggling to access the same economic opportunities, as well. A recent study by King’s College London evaluated a number of countries’ efforts to address the gender pay gap and ranked the UK last, tied with Australia. The study found that British legislation on gender-based income inequality focuses too much on monitoring the issue rather than actually doing anything to solve it—indeed, the UK government merely demands that employers file reports on their gender pay gaps, rather than mandating that they take action to address the gaps reported. Unsurprisingly given this toothless system, this year’s gender pay gap reporting makes for grim reading: the median figure for the pay gap rose from 9.5% to 10.4%, meaning that British women earn 90p for every pound earned by their male counterparts.

To make matters worse, British women are consistently shut out of entrepreneurship. Only 32% of British SMEs are run by women. What’s more, female-led companies in the UK are 44% smaller on average and face greater roadblocks scaling up, given findings that female-led companies receive less funding than male-run firms at every stage of development. British men, in fact, are fully five times more likely than women to build a business with more than £1 million in turnover.

The UK has yet to sketch out a sufficiently comprehensive plan to address this landscape of inequality which has led more than half of British women to fear that gender equality in the UK is regressing back to the 1970s. The situation may only get worse—a UK government committee found that plans for the post-pandemic recovery are skewed towards male-dominated projects and warned that “[The UK government’s] passive approach to gender equality is not enough and for many women it has made existing equality problems worse”.

And until the UK has the political will to push through concrete measures, it will continue to fall behind.