In face of labor shortages, skyrocketing natural gas prices and global supply chain constraints, the country is expecting to live through a difficult winter this year 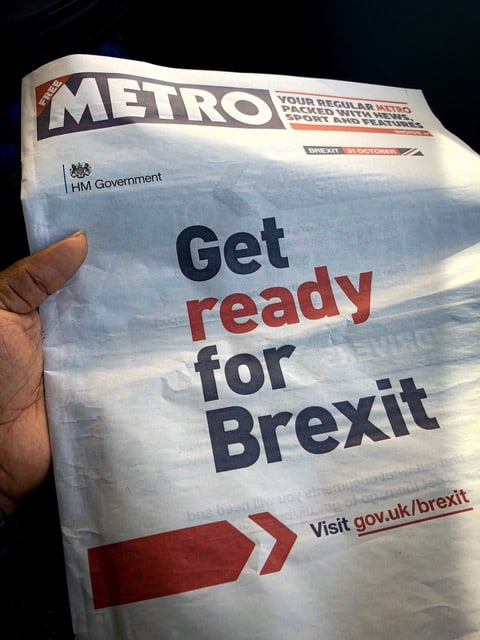 In the emergence of a post-Covid 19 phase, the U.K. is now facing new challenges for the economy in 2021. After vaccines have been delivered and the Delta variant got under reasonable control, it is the several on-going economic crises that are affecting the country and putting Britain in a precarious position especially now that temperatures are plummeting.

In face of labor shortages, skyrocketing natural gas prices and global supply chain constraints, the country is expecting to live through a difficult winter this year. While other Western countries have experienced similar challenges over the past months during their respective reopenings, economists argue that Brexit has intensified these issues in the U.K., as pointed out in an article at CNBC.

Such preoccupations have been entertaining experts such as Joao Vale e Azevedo, chairman of Kunst Global. In spite of other countries, like the United States, having been showing positive numbers in this period of recovery, he believes that European countries have more to worry about, especially in the long-term and if considered the on-going dispute between China and the United States for economic and political supremacy.

Azevedo fears that the European market is in danger of being engulfed by this battle: “We saw a proof of it last ‘Black Friday’, with European consumers who, with shops closed, turned almost exclusively to Amazon. We would need a strategy to support businesses and free market by the European Community institutions, but I struggle to see one.” For the chairman of Kunst Global, the United Kingdom is perhaps facing the biggest risk compared to other neighbor countries, and one of the reasons lies in the fact that Britains “will have to deal with the combined effect of the crisis and Brexit, without having the support of a nationalist like Donald Trump.”

Another reason why the current picture of the global market is not objective has to do with the fact that Western governments have heavily intervened in the economy for the past year due to the Covid-19 pandemic crisis. This, consequently, has impacted the mechanics of the free market to the point that the stock market might be recovering well, but “one thing is the stock market, another is the real economy”, as stated by Azevedo. It is especially the case of small businesses and employment that have been currently challenging to governments and firms.

But in spite of all these challenges, the chairman of Kunst Global is optimistic about future developments. He believes that history will not repeat and that Western countries have already learned well from previous crises on how to respond to the current one. For Joao Vale e Azevedo, this is the right opportunity for governments to support entrepreneurs and businesses that are working on innovative solutions. “I am sure that we will be able to turn the crisis into opportunity, in ways that we cannot even imagine at this time,” he ponders.

Kunst Global is a private equity firm based in London, Geneva and Luxembourg. The company invests in different sectors of the economy, including energy, telecommunications, fashion and entertainment.