At the end of 2016, Vodafone was hit by a £4.6 million fine after being found guilty of failing its pay as you go customers and failing to ensure its customer service staff were trained to properly handle user complaints or settle disputes. Since 2010 Vodafone has been criticised for their awful customer service. In […]

by Ollie McAninch
in Business, Consumer 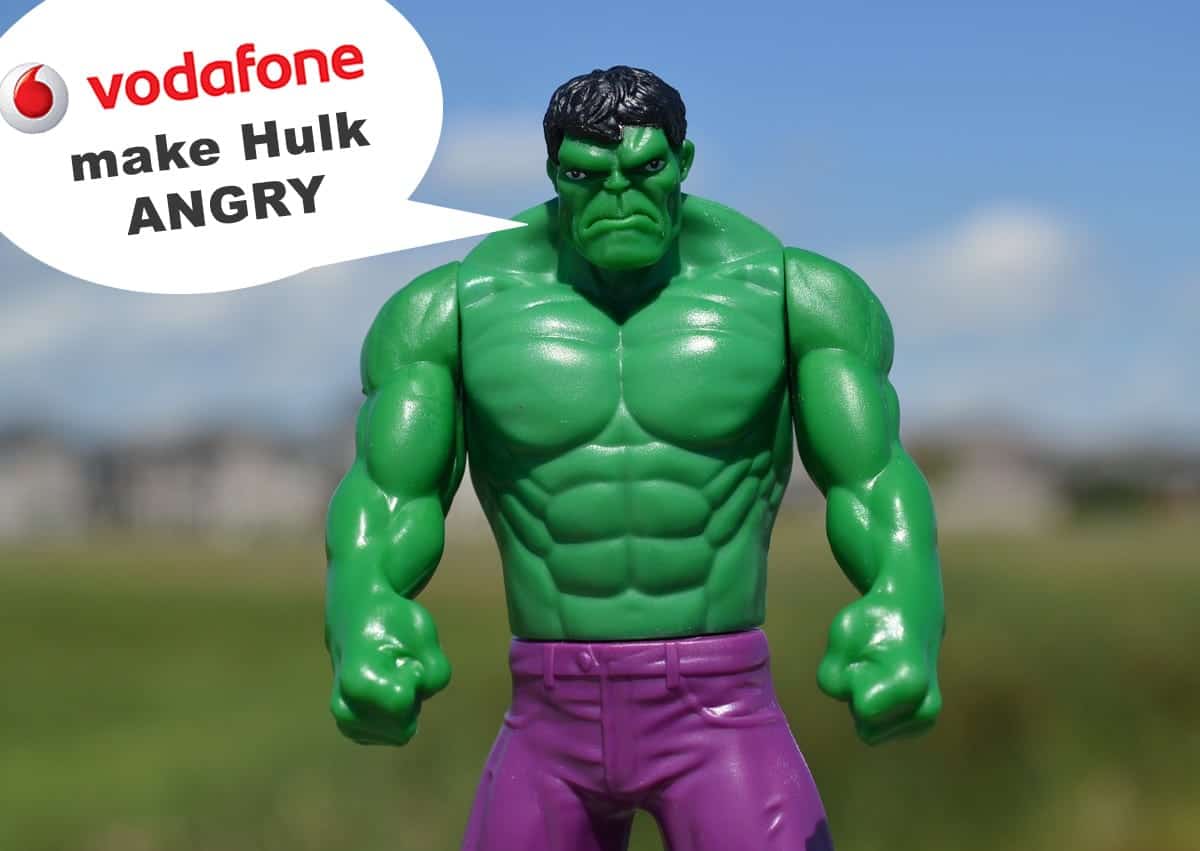 At the end of 2016, Vodafone was hit by a £4.6 million fine after being found guilty of failing its pay as you go customers and failing to ensure its customer service staff were trained to properly handle user complaints or settle disputes.

Since 2010 Vodafone has been criticised for their awful customer service. In fact, figures from Ofcom, the industry watchdog, showed that in 2016 Vodafone retained its reputation as Britain’s worst mobile phone operator for customer service for a second year. They racked up more than double the number of complaints as their closest rival.

I can attest first hand how utterly woeful Vodafone customer service is. The experience of dealing with the company has already made me lose my mind. When I finally experience death by call-centre my epitaph will read ‘With sweet mercy he escaped from Vodafone’.

I feel like I have spent around two days of my life in total attempting to claim £29.83 credit owed to me by Vodafone.

First of all it was a bore trying to get Vodafone to pay the money they owed me after moving to another provider in 2014 (for the record I moved to EE who have been excellent so far). But now it has become a matter of both principle and comedy.

Vodafone sent me a credit note almost 2.5 years ago, but seemingly able to take payment from my account in seconds, they appear incapable of sending money in the other direction.

If you appreciate comedy, here’s my experience so far (I’m convinced this is an elaborate wind-up)…

We have asked Vodafone for comment but they haven’t replied, yet.  Maybe it will be in my inbox next month?

So, after this article was shared quite a few times on Twitter, Vodafone’s Twitter Customer Service account PM’d us to ask for the account number so they could resolve the issue.  We sent them the details and waited to see what would happen.

Guess what… nothing happened!  I’m still waiting for a refund.

Watch this space for more updates, but don’t hold your breath. Maybe see you back here in another two and a half years?

We welcome your experiences in the comments below…