by Charlie Herbert
in Lifestyle, News 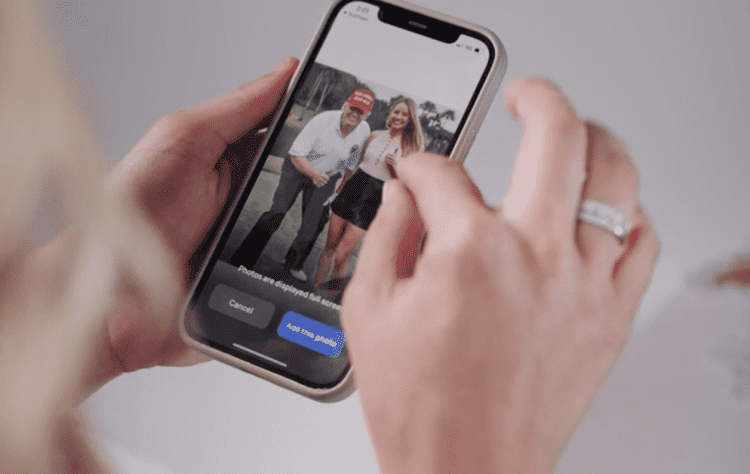 A new dating app for single conservatives has been hit with scathing reviews by users, with some claiming to have been visited by the police after setting up a profile.

The app, called The Right Stuff, launched in September after a widely mocked marketing campaign, which included promises of “profiles without pronouns” and a way for conservatives to avoid the “woke” dating apps.

It has been developed by Naked Development, and has reportedly got the backing of Peter Thiel, a billionaire entrepreneur who is also an advisor to Donald Trump.

“Quit swiping, scrolling and trolling the wrong people. There are people out there just like you,” the website states.

But the invite-only app has been met with largely negative reviews from users, with some claiming they had been contacted by the FBI or police after joining.

In particular, some mention a prompt about the January 6th Capitol insurrection.

One angry user wrote: “I answered the question about January 6th honestly and the next day I have two police officers at my door telling me that they got a call alleging that I was involved in domestic terrorism???

“This app was clearly created by Democrats as a way to subvert our constitutional rights as conservative Americans. DO NOT USE THIS APP UNLESS YOU WANT TO BE HARASSED BY LEFT WING FASCISTS.”

Another complained that they “couldn’t find any women” on the app.

They wrote: “I love my country. I love the second amendment. And I love God. These days it’s hard to find a woman who values my patriotism. My faith.

“So after being ghosted by every match on Tinder, I decided to give this app a try. I created a profile, uploaded a selfie of me sitting in my truck with sunglasses, and it worked great.

“The interface was intuitive and easy to use. But the weird thing is, I couldn’t find any women on it. I don’t know, maybe the app is bugged?

“I tried switching my preference to men (just to make sure it was working) and loads of handsome men came up. I hope the developers fix this.”

And a third voiced their shock at the fact there are “conservatives out there who aren’t Christian,” adding that they “hate this app.”

As of 4 October, the dating platform has received 127 reviews in the App Store, culminating in a 2.4-star rating.