Review: Goosebumps Kids, The Vaults, Waterloo A looming half-term is enough to give most parents in the capital sleepless nights but this time around there’s a new attraction to keep even the most terrifying of little monsters entertained. Staged deep underground in the creepy vaults beneath Waterloo Station, Goosebumps Kids brings to life RL Stine’s […]

by Nicola Hicks
in Children and Family 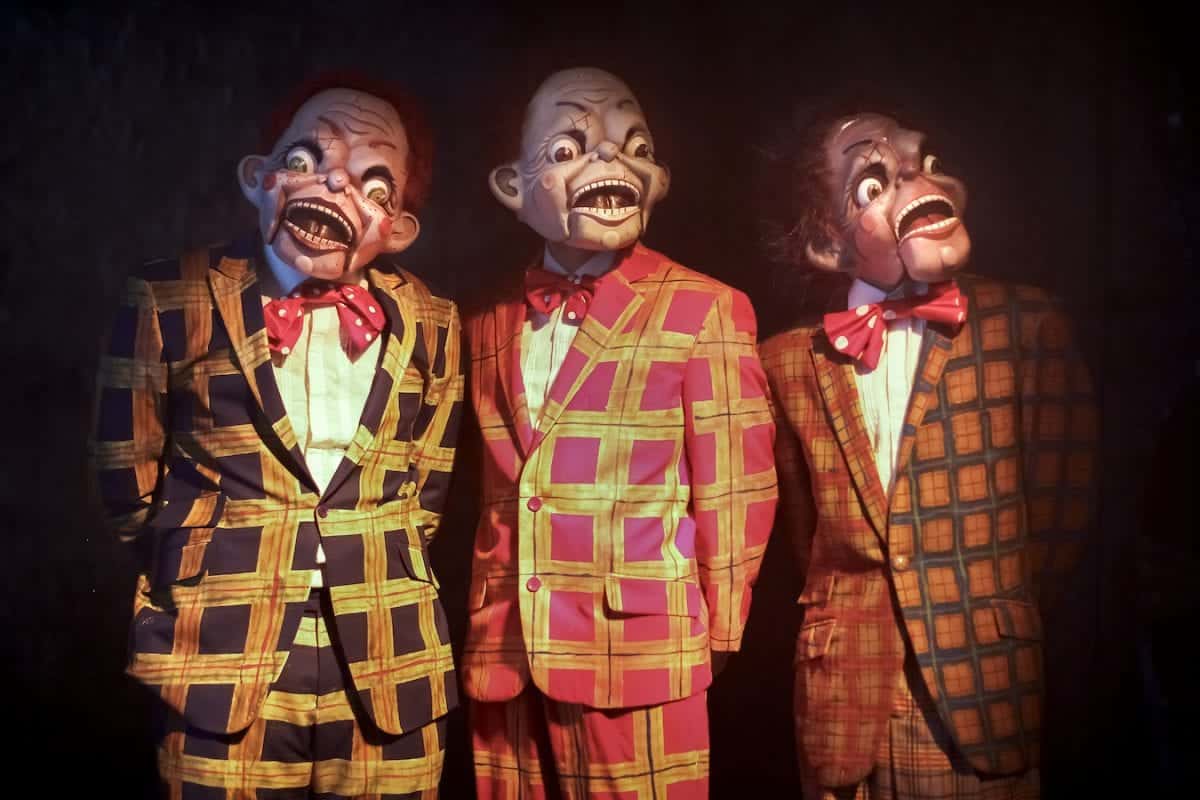 A looming half-term is enough to give most parents in the capital sleepless nights but this time around there’s a new attraction to keep even the most terrifying of little monsters entertained. 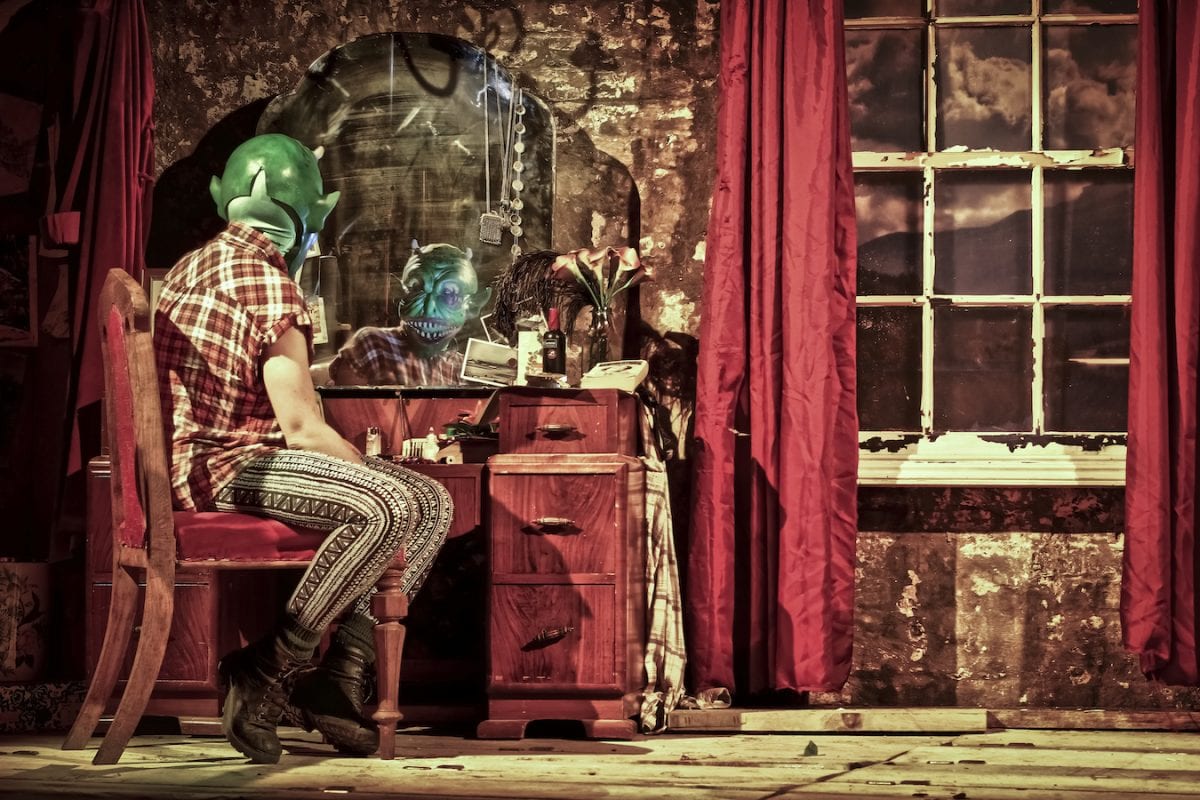 Not quite knowing what to expect, my nine-year-old son and I joined a group of his most intrepid friends and their brave parents last weekend to face the fear and – if all went to plan – scare ourselves silly.

As our eyes adjusted to the gloom, we were ushered into the infamous Museum of the Weird. With a gallery of ghoulish masks staring menacingly down at us from slimy-looking walls, the adults threw their offspring nervous glances: just how weird was this going to be? Predictably, the kids took about 30 seconds to whip themselves up into a frenzy, daring one another to stare deep into the eyes of the “freaky death masks”. It was, they whispered, a pretty awesome start.

With the show properly under way, it became clear just how perfect the subterranean setting was. The promenade format saw us running through tunnels between eerie sets in near darkness – something that had our group breathless with excitement from the get-go.

At each stop, a new spooky story unfurled: a haunted typewriter, a terrifying Halloween mask, a supernatural scarecrow. Elaborate costumes and sudden jumps were employed to great effect and whilst some of the set pieces undoubtedly worked better than others, the heady mix of horror and humour seemed to be pitched just right for our group of almost pre-teens.

For most of the performance our young adventurers decided they were in fact zombie hunters and threw themselves into the fray with great gusto. Once or twice, however, their bravado faltered. The sudden appearance of a demonic ventriloquist’s dummy saw my son cover the 10 metres or so between him and me at a speed Usain Bolt would be proud of.

After a final act that was more fun than fearsome, we emerged blinking into the sunlight, laughing and arguing over who’d been the biggest scaredy-cats (the mums, obvs).

I’m happy to report that no pants were wet during the making of this review but I have a feeling that from now on my son and his friends will be giving our basement a pretty wide berth. 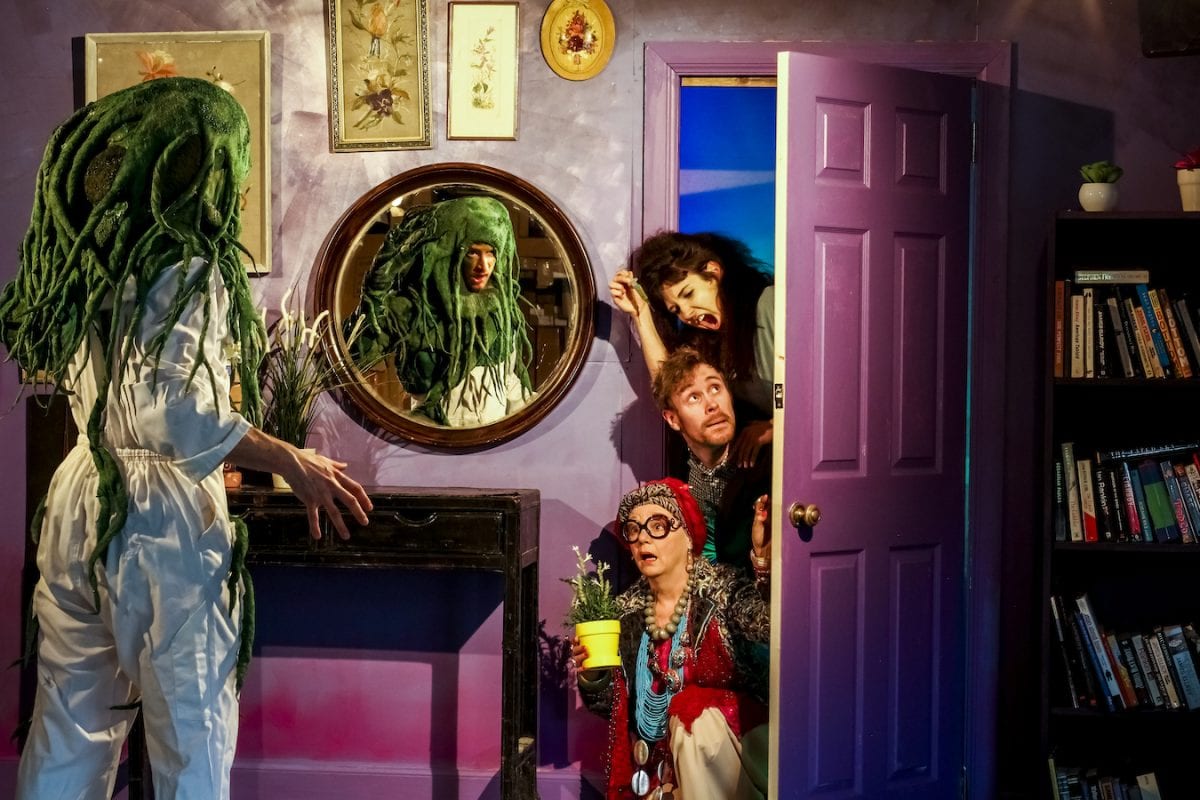