Smoking pot can almost triple a teenager’s risk of suffering depression, according to new research. A study of more than 3,000 teenagers found those who used cannabis were much more likely to suffer bipolar disorder by the time they reached adulthood. It found marijuana caused a condition known as ‘hypomania’ – periods of elated mood, […] 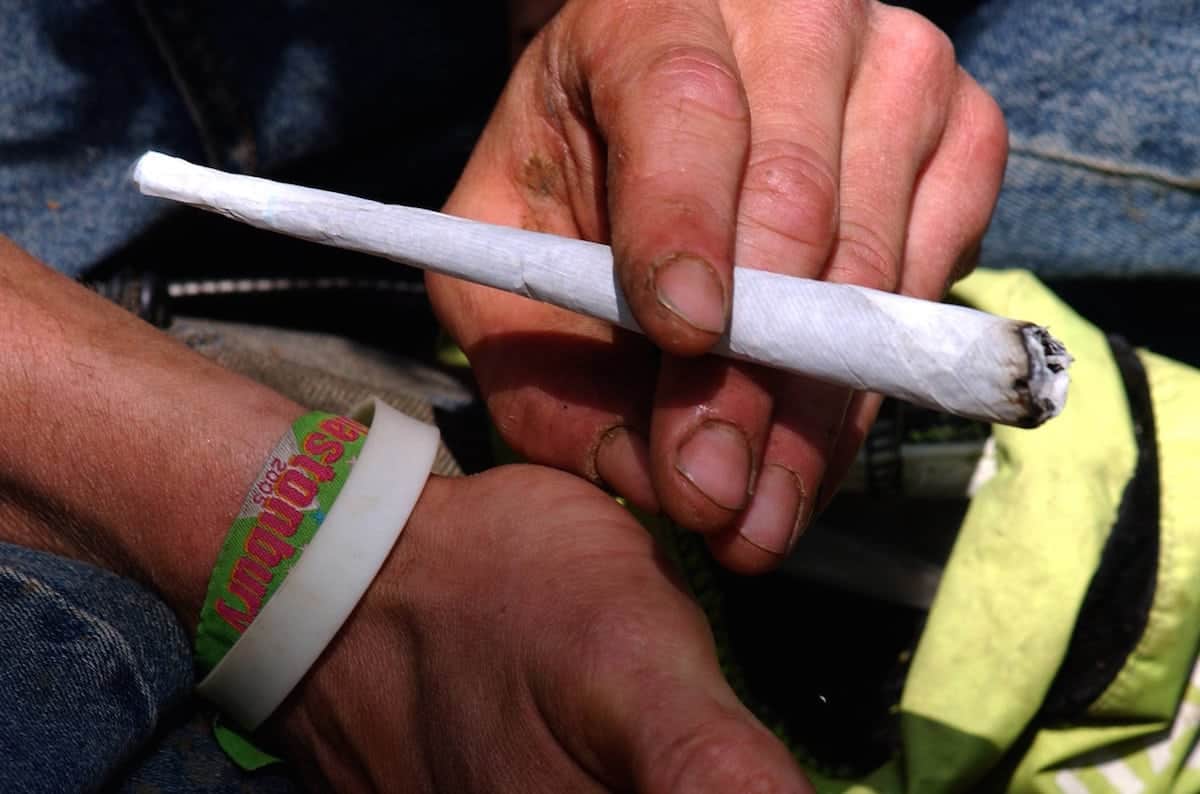 Smoking pot can almost triple a teenager’s risk of suffering depression, according to new research.

A study of more than 3,000 teenagers found those who used cannabis were much more likely to suffer bipolar disorder by the time they reached adulthood.

It found marijuana caused a condition known as ‘hypomania’ – periods of elated mood, overactive and excited behaviour and reduced need for sleep.

These are telltale symptoms often experienced as part of severe depression – and have a serious impact on day-to-day life.

Psychiatrist Dr Steven Marwaha, of the University of Warwick, said: “Cannabis use in young people is common and associated with psychiatric disorders.

“However, the prospective link between cannabis use and bipolar disorder symptoms has rarely been investigated.

“Adolescent cannabis use may be an independent risk factor for future hypomania, and the nature of the association suggests a potential causal link.

“As such it might be a useful target for indicated prevention of hypomania.”

The study published by Schizophrenia Bulletin is the first to test the link between cannabis use in adolescence and hypomania in early adulthood.

It followed 3,370 male and female participants – comparing rates of cannabis use when they were 17 with cases of hypomania by the time they were 22 or 23.

Those who smoked any amount were almost twice as likely to develop the disorder.

But regular abuse – at least two to three times a week – nearly tripled the risk.

This was after taking into account gender, early environmental risk factors, alcohol and other substance abuse, along with depression and psychotic symptoms at the age 18, which could have effected the results.

The factors that most increased the risk of abusing cannabis and suffering hypomania were being male, or suffering sexual abuse as a child.

Dr Marwaha’s team analysed data from the Avon Longitudinal Study of Parents and Children, which charts the health of families in the Bristol area.

They found there was a ‘dose response relationship’, meaning heavy users were most at risk – but any cannabis consumption still increased it, albeit less powerfully.

The research is the first to investigate the association between adolescent marijuana use and hypomania in early adulthood, whilst controlling for important other factors that might explain this connection, such as psychotic symptoms.

Cannabis use was also found to mediate the association of both childhood sexual abuse and hypomania, and male gender and hypomania.

Dr Marwaha said cannabis is one of the most commonly used illegal substances of abuse in western countries.

Problematic use in the general population is as high as 9.5 per cent in the US, while 2.6 per cent of the UK population report having been cannabis dependent in the last year.

Dr Marwaha said: “Its use is particularly common in young people.

“A recent study reported 31 per cent of young people have used cannabis three or more times by age 18 years.

“Younger people are especially vulnerable to the harmful effects of cannabis use.”

The analysis indicated three pathways whereby cannabis use was associated with subsequent hypomania.

“This effect was independent of other key risk factors for hypomania including other drugs use, hazardous alcohol use, psychotic symptoms, and depression in late adolescence.

“Second, male sex is significantly indirectly associated with hypomania through an increased likelihood of cannabis use.

“Harmful use of cannabis is more frequent in men than women, and this study shows its use in men may be much more important in the pathway to hypomania.

“Finally, childhood physical or sexual abuse is indirectly associated with hypomania through an increased likelihood of cannabis use.

“Both childhood abusive experiences and cannabis use in adolescence and adulthood have been shown to be connected to the expression of bipolar disorder psychopathology and to markers of its severity.

“Furthermore, previous studies have demonstrated that childhood trauma and cannabis use are also linked, with some studies indicating a prospective association independent of markers of deprivation or family dysfunction.

“The prospective analysis presented here is the first to show that cannabis use in adolescence may be part of the mechanism whereby childhood abuse can lead to bipolar disorder psychopathology.

“It appears that cannabis use seems to be one response of an individual to traumatic childhood experiences that can lead to harmful psychopathology in young adulthood.”

Although the precise mechanism by which cannabis might lead to hypomania is unclear, studies indicate the brain is particularly vulnerable to the effects of cannabis use during adolescence.

Explained Dr Marwaha: “It has the potential to adjust reward system sensitivity and can interfere with mechanisms related to establishing connections during development.”