Sour Brexit negotiations could lead to UK pubs boycotting European produce according to Wetherspoon’s founder Tim Martin, but what would a purely British-stocked pub look like? Brexit negotiations are well up in the air following a High Court ruling that the government must consult MPs before triggering Article 50, and there’s still a lot of […] 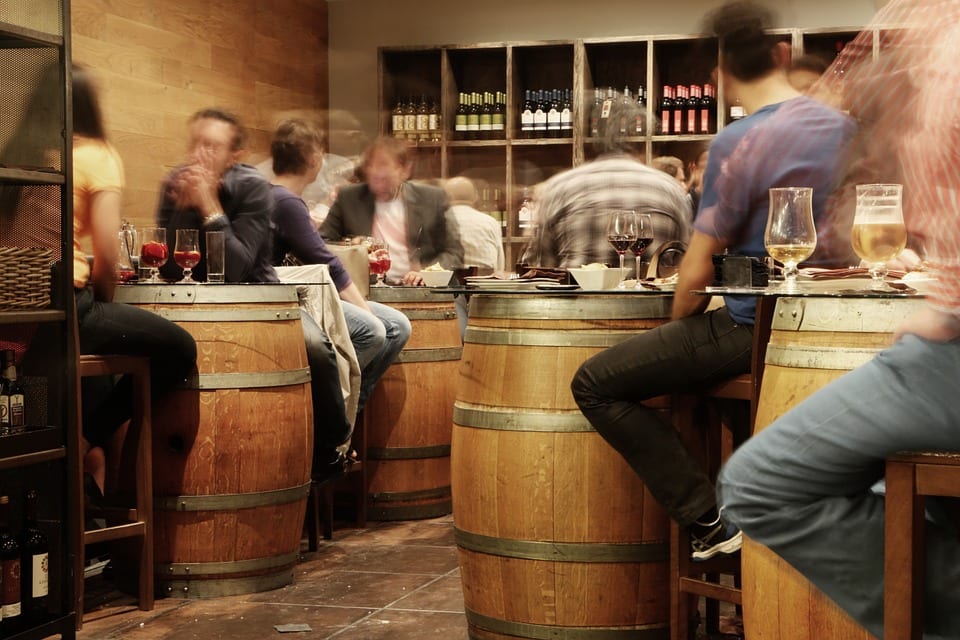 Sour Brexit negotiations could lead to UK pubs boycotting European produce according to Wetherspoon’s founder Tim Martin, but what would a purely British-stocked pub look like?

Brexit negotiations are well up in the air following a High Court ruling that the government must consult MPs before triggering Article 50, and there’s still a lot of uncertainty over what sort of Brexit we will have, which will have big implications on how businesses operate across the channel.

But staunch Brexitier Martin’s threat of a boycott got us thinking. If we landed hard after the negotiations and we were left in a position where cross-channel trade became unattainable, what would the good old British pub look like?

Sure we would most likely still have access to other markets outside the EU, but it’s not all that fun speculating about a World in which pubs become bars and we become hooked on hot dogs and Bud. We want to go all-out post-apocalyptic shit. Real isolation.

So here it is. The most British of British pubs. Thanks Tim Martin!

Not only do we Brits love drinking beer, but we also enjoy making the stuff too. There are thousands of breweries in Britain pumping out hundreds of thousands of Hectolitres worth of beer, and that figure is only going to rise as folk get a taste for craft and real ale and buy in to provenance.

And what we buy in ain’t that good. It’s often just cheap, accessible, run of the mill type stuff. Sure Belgium would be a big blow, but heck we can get our own boys producing good wheat, fruit and lambic beer. And we’d all be glad of the lower ABV.

OUT: European favourites such as Stella, Carlsberg, Amstel, San Miguel and Heineken, as well as a raft of other ‘World’ beers stocked by boozers such as Effes, Pilsner Urquell and

IN: More real ale, more craft. And Europe can have Carling n’ all!

Fortuitously, we have a rich history of distilling too. Brits have been pumping out gin and whisky since the dawn of time, and we still do. The number of gin distilleries in Britain has doubled in six years, with 49 opening last year alone after a huge boost in demand. Many of those are also looking long-term at whisky production, so if Brexit happened to trigger a Sexit then we could still probably just about manage.

Vodka and even rum distilleries are also on the up, with brands such as Chase knocking out some half decent home-grown stuff. Lamb’s Navy Rum is all kinds of British, as is a vodka made out of the same potatoes that make Tyrrells crisps. Did you know that Britain invented the alcopop? Thanks to Burton-based Bass, and trading on the name of William Hooper, who invented the hot water bottle, we became the first country to introduce an alcoholic lemonade in the 1990’s called Hooch.

There were as much as 2.5 million bottles of Hooch sold a week at its peak, and it’s started to make a comeback in shops and at the aforementioned pub chain. WKD is a Gloucestershire-based brand and Smirnoff Ice is (apparently) now made in Birmingham, so we’re pretty much covered on this front.

IN: Hooch, WKD and Smirnoff Ice. Britain is one of the biggest importers of wine in the World, which would make a hard Brexit a hard hit for the nations wine lovers. No more Champagne, no more Chateauneuf du Pape, no more Prosecco.

But we’re also home to a thriving new wine industry. We pumped out more than five million bottles of wine in 2015 and are now home to over 500 vineyards. What’s more, an elite group of Parisian experts recently ranked English sparkling wine as better than champagne. So, maybe we’ll survive after all.

The British palate is becoming increasingly international, but when it comes to pub grub nothing beats the home-grown classics. Fish and chips, steak and kidney pies, bangers and mash; I get the feeling we’d cope on this front. But mind the price hike, many experts believe we could be in for a big bout of inflation when we leave the European Union and the plummeting value of the pound mean this has already happened in some instances.

The average duty on meat imports could be as high as 27 per cent, which may push the price of our much-loved all day breakfast up quite significantly.

OUT: Steak could take a big hit, as most of our beef is imported from Europe. Plus: Pizza, pasta, burritos, curry, noodles.