Britain’s first vegan visitor centre has been launched in Norfolk to showcase a vision of a Britain where we all live more sustainable lives. The Green Britain Centre in Swaffham has opened following the appointment of a new head chef and the launch of a new menu. The Centre features a 100m windmill, which was […] 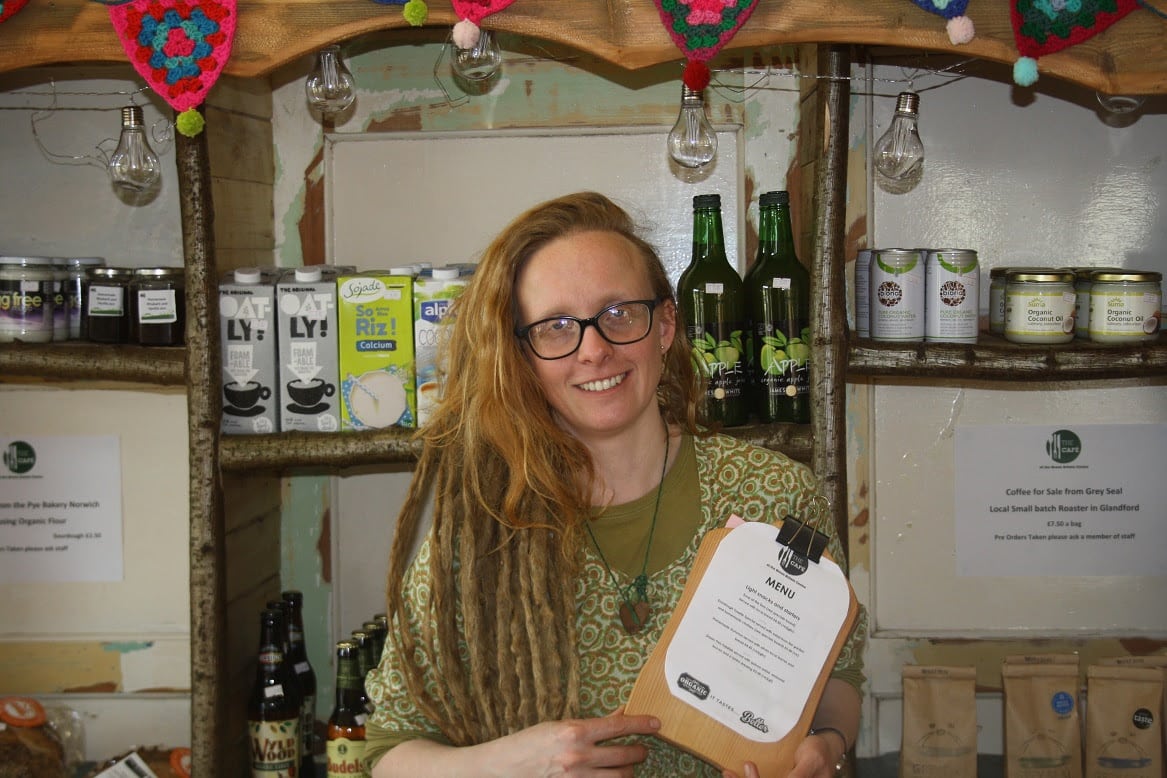 Britain’s first vegan visitor centre has been launched in Norfolk to showcase a vision of a Britain where we all live more sustainable lives.

The Green Britain Centre in Swaffham has opened following the appointment of a new head chef and the launch of a new menu. The Centre features a 100m windmill, which was the first in the world open to the public to climb, a solar panel which tracks the sun, an organic garden, a variety of hands-on exhibits, two record-breaking renewable powered cars, a 100-seater theatre and event spaces.

The café menu has been vegetarian since 2011, when it was taken over by the Green Britain Foundation – the charitable arm of the green energy company Ecotricity. The final step was to remove cow’s milk from the menu, to make the Centre fully vegan.

The focus of the new menu is on delivering organic, local and seasonal food with a minimal environmental impact, with much of the produce grown on site in the organic vegetable garden.

The new head chef at the Centre is Jannine Parry from Lynn, who running the kitchen alongside her own business, Umbel Organics. She is also part of the From The Earth Workers’ Cooperative – a not-for-profit organisation, which aims to get good organic produce, grown locally, out into the community and to prevent food waste from the fields.

Jannine Parry, head chef at the Green Britain Centre, said: “I feel very privileged to be part of a great team which is creating an amazing plant based café using local growers and the organic garden right outside our door.

“I’ve been vegan for 12 years and will be using my food waste, community building and organic gardening skills to create a café that is truly for everyone.”

The meat and dairy industry is responsible for more emissions than all the world’s planes, trains, cars and boats put together. In Britain alone, over 1 billion animals are eaten each year – 3 million per day – and that’s not counting fish.

Dale Vince, Ecotricity founder, said: “Our vision of Green Britain is simply one where we all live far more sustainably. The three big issues we need to tackle to achieve that are Energy, Transport and Food – so demonstrating the impact of our diets and what a plant based diet looks, and tastes like, is an important part of our work.”