A video released by the firm shows what happened when they took their chef to a typical chicken farm. 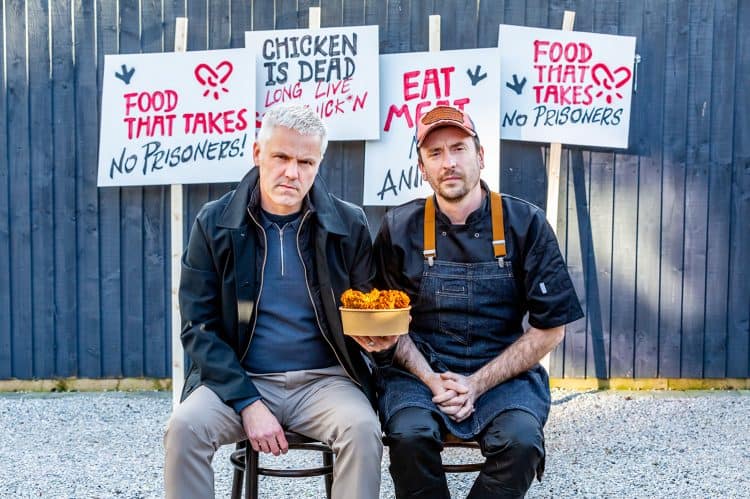 The vegan fried chick*n start-up VFC Foods Ltd has raised £7.5 million in a seed round led by Veg Capital, a specialist fund that donates all profits to animal charities.

The company, which launched just 13 months ago, had previously raised £3 million in pre-seed funding, also via Veg Capital.

Says VFC co-founder Matthew Glover: “There has been huge interest from investors and we’re very grateful for that. By working with Veg Capital we’ve been able to focus purely on scaling the business as fast as possible to take advantage of the opportunity.”

While the missions of Veg Capital and VFC align perfectly – a determination to remove animals from the food system – a larger Series A round to bring in outside investment is being considered for mid-2023.

VFC’s Commercial Director, Stewart McGuckin says that the reception to date has far exceeded even his ambitious expectations and has given the company the confidence to accelerate its plans.

“The reception from both customers and consumers has been incredible, and the successful Tesco launch has allowed us to secure listings in more of the UK’s top four grocers, as well as the largest food service wholesalers.

“Expansion within the UK has been phenomenal, and we are also seeing strong international demand, particularly from the US.”