The Byron Boycott is officially on after the popular burger chain lured its workers into an immigration trap designed in cahoots with the Home Office. Bryon has become the face of right wing Britain with messages of support streaming in from fascist loonies who are overjoyed at the inhumane set-up. Comments such as “About time […] 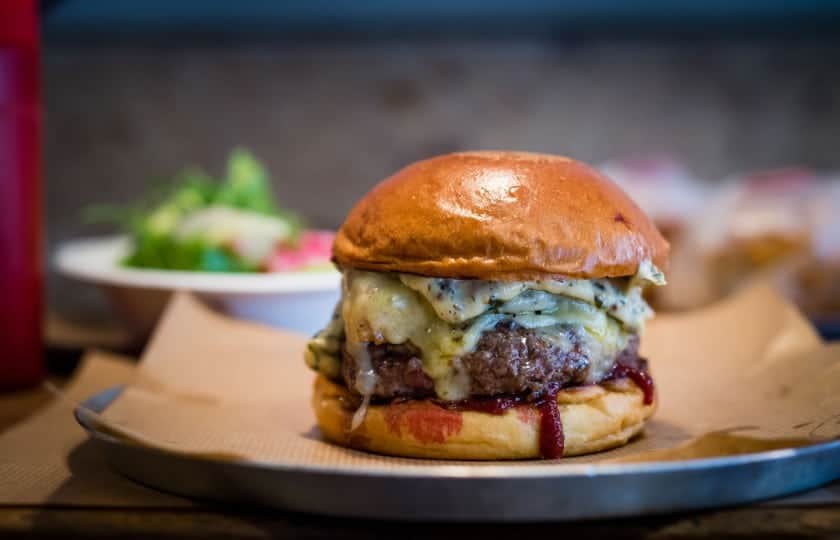 The Byron Boycott is officially on after the popular burger chain lured its workers into an immigration trap designed in cahoots with the Home Office.

Bryon has become the face of right wing Britain with messages of support streaming in from fascist loonies who are overjoyed at the inhumane set-up. Comments such as “About time – kick them out now” and “Maybe they should hold similar ‘recruiting’ events across Europe” soon appeared on a long list of hate-fuelled comments.

For those with a moral compass, or for anyone looking to avoid its moronic new clientele, it looks like the days of B-Rex burgers with courgette fries are numbered. But don’t despair, we’ve rounded up the top five burger joints in London that serve equally as good (if not better) food and don’t lure their staff into morally reprehensible traps. Equality and quality under one roof. Winner! Ask any self-respecting meat-eating Londoner about a good burger joint and they’ll point you in the direction of Patty and Bun. Their menu, sketched on old-school squared paper, is littered with mouth-watering concoctions ranging from a ‘Lambshank Redemption’ burger with buttermilk baby courgettes to the Hot Chic’ Chicken burger, Portobello ‘Dig It’ Mushroom burger and, of course, a range of smoky, chilli and cheesy beef burgers.

They’ve even got a truck called Shirley. Now in 15 locations, Honest Burgers is an evolution of an artisan festival burger stand that turned semi-pro in Brixton Village (all good things turn semi-pro in Brixton) before going big time in central. The menu is quality-focussed and follows a spider diagram down the page allowing you to craft your perfect burger from a pick of free range chicken, aged beef or market vegetables in a bun. Five Guys. Oh Five Guys! Our US-import stands with the best of them in London, offering classic burgers done well. Really well. But the clincher is the fries. Known to make grown men ‘weep with happiness’ the burger chain offers up gluttonous cups of the most delicious fries known to man. A large portion is enough to feed a full table of people, but I’m rarely in the mood for sharing. Cheeseburgers, topped with slices of roast beef or lamb, dipped in gravy. It really needs no further explanation, but in the interest of full disclosure, here’s a little more tease. Roasted topside of West Country beef or lamb rests on top of 180g beef patties and served up in a brioche bun with mustard, ketchup, cheese, cabbage, pickles and a healthy complement of gravy to dip in. Bliss! A cheeky addition, because they’re technically not a chain, but Mac and Wild deserves to be on any list of London eateries that allude to burgers, or even just to food. It’s signature burger, Veni-Moo, was voted UK and London’s best burger this year and consists of a beef patty, venison patty with cheese, béarnaise and caramelised onions in a brioche bun. Perfect with a cheeky Lowland whisky.