This is the van causing big stirs in the pie world. The Bedford CF vintage caravan is pumping out acclaimed pies on the streets of London and is now ranked number three on the 400+ Pierate’s Pie Rankings for their steak and ale pie. It is also ranked as London’s number 1 steak and ale […] 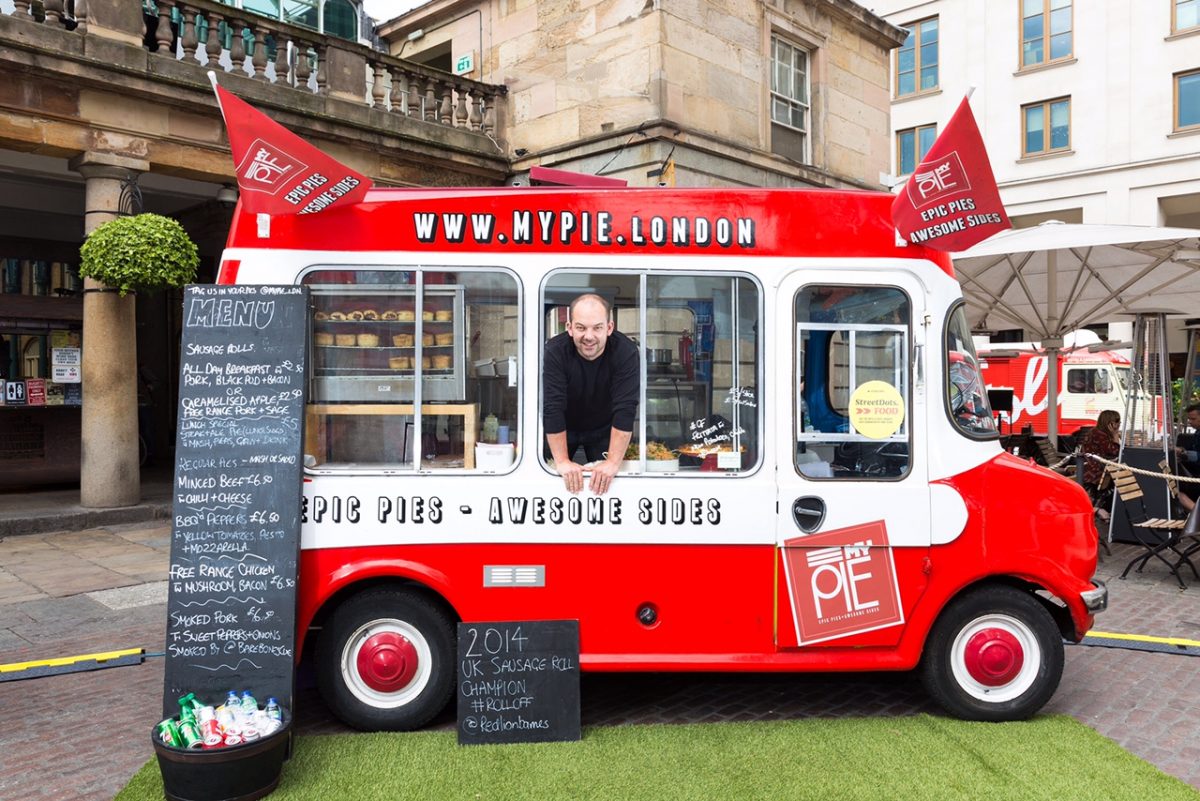 This is the van causing big stirs in the pie world.

The Bedford CF vintage caravan is pumping out acclaimed pies on the streets of London and is now ranked number three on the 400+ Pierate’s Pie Rankings for their steak and ale pie.

In 2014 MYPIE was crowned the UK Sausage roll champion and in 2015 it was a YBF street food finalist.

Ahead of National Pie Day on Saturday we caught up with MYPIE co-founder Chris Brumby.

MYPIE is the baby of myself and my mate James Carnegie – who went to school together in Australia.

I moved to the UK in ’06 and after running pubs for some time. I went to a festival and the pie offering was poor. £8 got a factory made pie, peas from a tin and a little mash.

5 years on (after a failure at supplying wholesale – volume was the issue) we now do the same quality pies, which change weekly, with freshly made mash, garden peas and real gravy for £6-£7.

We use suppliers we know and trust, people that supply direct.

We have a cute little Bedford CF and a vintage caravan soon to launch for bigger events.

As for the future, we’ve got a spinoff launching March/April. The salads we do as a side dish have become so popular that MySaladBox will hit the road with Kerb and Streetdots throughout the city over summer.

A little further down the track there are plans for a little cafe to bring it all together – with potential crowdfunding to help supply pies on a wider scale in the wholesale market.