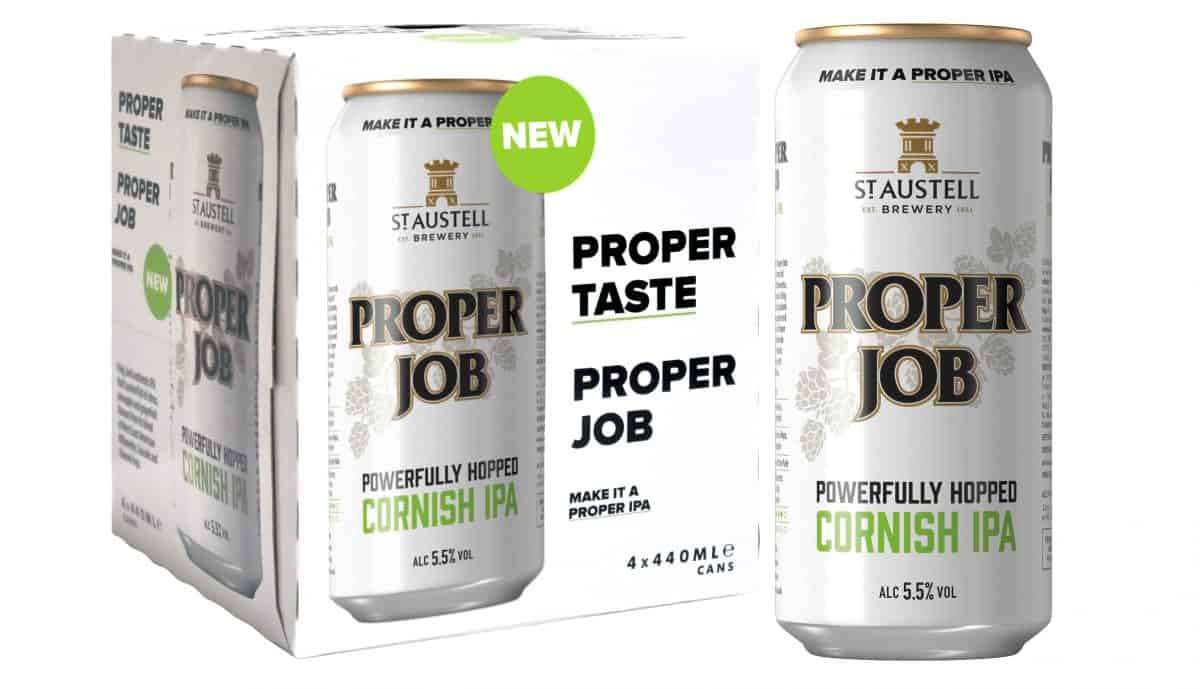 Originally founded in Cornwall, by Walter Hicks, in 1851, St Austell Brewery is renowned for brewing some of the South-West’s most popular beers. First brewed in 2006, from the original micro-brewery mash tun than now forms an integral part of the new Small Batch Brewery, Proper Job is one of the brewery’s most popular beers, having become a favourite in UK pubs and amongst ale enthusiasts. Before the nation’s pubs were forced to close temporarily, over 12,000 pints of Proper Job were served each week, in the brewery’s own pubs alone. It’s also the most popular bottled import in Norway, also exported to countries such as Australia, Russia, Spain, and China.

As well as being available on draught (cask and keg), and in 500ml bottles (the country’s best-selling bottle conditioned IPA), the new four-can fridge packs are available exclusively in Tesco stores nationwide. The new 440ml cans are sold in cardboard fridge packs, which are entirely plastic free and made from recyclable and biodegradable materials.

A powerfully hopped IPA, St Austell Brewery’s award-winning Proper Job is brewed to 5.5 percent, according to 19th Century IPA guidelines, using American Willamette, Cascade, and Chinook hops, plus the finest quality Maris Otter Pale malts. On pour from the can, the beer has a golden complexion, with prominent aromas of resinous pine and grapefruit joined by some yeast, cereal, spiciness and a suggestion of marmalade. Fruit continues on the palate, with plenty of grapefruit and orange zest, plus some pineapple that’s joined by some earthy, herbaceous hop savours and plenty of biscuit notes distinctive against the dry, fruity bitterness that lingers on the finish with crisp, refreshing bitterness. A smooth, easy drinking IPA.