A classic Pilsner-style lager with a low ABV of just 2.1 percent. 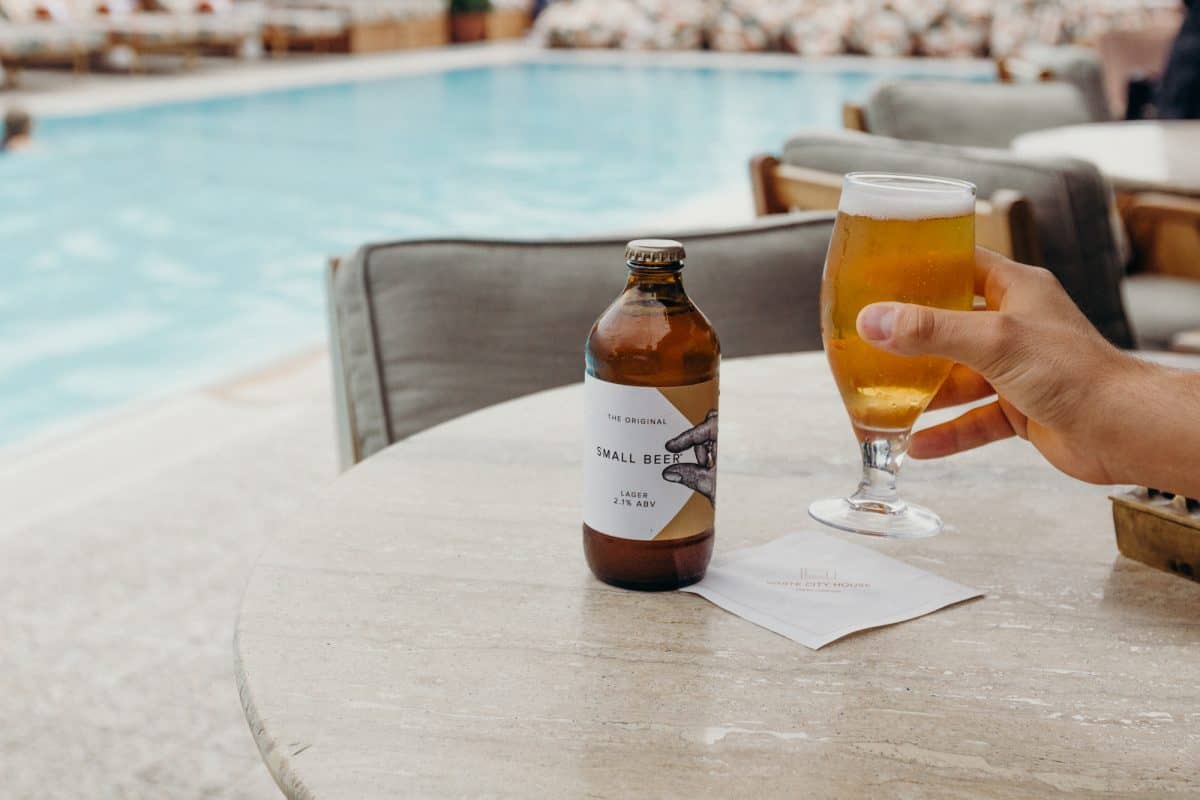 According to the Oxford English dictionary, ‘Small Beer’ is “a thing that is considered unimportant.” While many low alcoholic beers have an undesirable reputation – Small Beer Brew Co. are striving to change public perception.

Close to South Bermondsey station, the 5,500 square-foot brewery was founded by James Grundy and Felix James. Pledging to produce “small beer, with big taste”, Small Beer Brew Co.’s concept is deeply rooted in history. For some time during the 1700s, clean drinking water was a rarity in Britain. As a result, ‘small beer’, traditionally brewed between 0.5 to 2.8 per cent ABV, became a staple of daily life, enjoyed in many households, work places and schools across the country. Small Beer Brew Co.’s 21st Century interpretation is inspired by one particular brewer’s first-hand account, but completely re-invents the brewing process – using new methodology and technology to produce full-flavoured beer with low ABV. Beers are brewed to strength rather than stripped of their alcohol by reverse osmosis or cooking.

With the supermarket having experience a rapid growth in sales of low-alcohol beers, Waitrose has introduced Small Beer Brew Co.’s Lager and Session Pale to 175 stores across the country. A classic Pilsner-style lager with a low ABV (2.1 percent), the brewery’s lager is produced using a ‘long lagering’ process, storing the beer for a minimum of 6-12 weeks, compared to the industry standard of just 4-6 days. Slightly hazy on pour, the beer has grassy hop aromas alongside some lemon notes, cereal, yeast, paper and feint honey. Cereal, lemon and honey notes continue on the palate with some light vegetal savours: ultimately well-balanced, light-bodied and mildly sweet with some refreshing bitterness developing on the finish. An unexpectedly bold small beer.