An elegant blend of Pinot Noir and Chardonnay from one of the U.S.’s best sparkling wine producers. 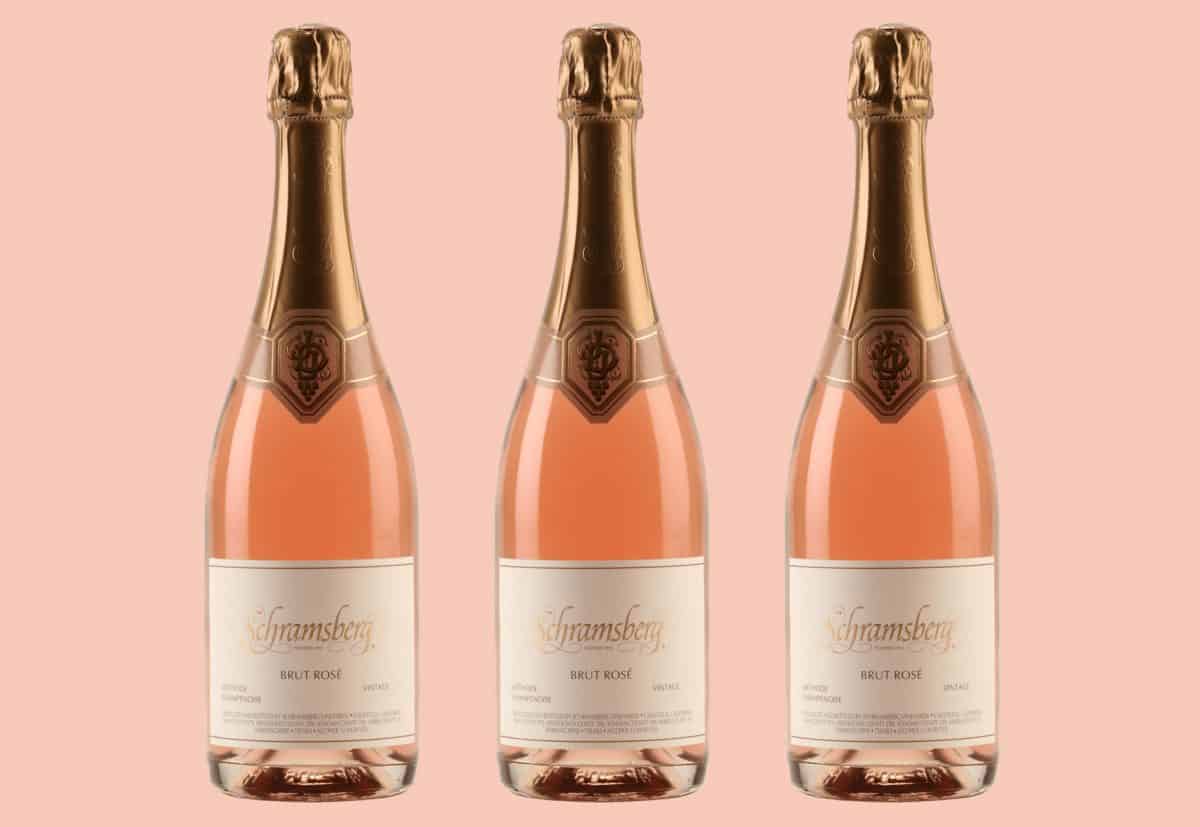 Once home to Jacob Schram, a German immigrant who started his winery in the Napa Valley, California, the Schramsberg property had been abandoned for almost 50 years when Jack and Jamie Davies bought the site and set up Schramsberg Vineyards in 1965.

Occupying a 19th century Victorian mansion, the couple worked hard to restore the estate – a new home for their winery. Schramsberg was launched with an ambition to produce world-class sparkling wine, specifically “America’s most prestigious, select and admired sparkling wine.”

Later that year, Schramsberg’s 1965 Blanc de Blancs was produced, becoming the first commercial use of Chardonnay in American sparkling wine. With 55 years’ experience, the winery is recognised as one of the premium brands in the production of sparkling wine in California, with The New York Times even describing Schramsberg’s sparkling wines as “the first in modern times to truly match the style and quality of the best French Champagnes”.

Their sparkling wines have also been served at official State functions by every U.S. Presidential administration since President Nixon’s 1972 ‘Toast to Peace’ with China’s Premier Zhou Enlai. Today, the Calistoga-based winery is run by Hugh Davies, the youngest son of Jack and Jamie Davies, who continues to focus on producing the finest handcrafted sparkling wines in California, preserving century-old traditions.

Many of Schramsberg’s viticulture and winemaking practices are carried out by hand. Grapes are hand-harvested, wines are handcrafted, bottles are stacked and riddled by hand in underground caves, and Schramsberg’s top Chardonnay cuvée is hand labelled. Unique amongst California sparkling wine houses, the winery ferments 25 percent of its juice in oak barrels to produce a richer style. Schramsberg has also composed a library of reserve base wines, barrel aged for up to 10 years.

Schramsberg Vineyard’s latest vintage release, Schramsberg Brut Rosé 2016 is produced with Pinot Noir and Chardonnay grapes grown in an array of cool-climate North Coast vineyards in Napa, Mendocino, Sonoma and Marin counties. A few small lots of Pinot Noir are fermented with skin contact to add depth and subtle colour. After the Autumn harvest, an extensive blending trial and refinement is carried out in the following spring, with the finished blend aged on the lees in bottle for around two years – enough to refine effervescence and ‘toastiness’ without reducing the freshness. Méthode Traditionelle is also used, in which the wine undergoes a second fermentation in the bottle.

Featuring a blend of 64 percent Pinot Noir and 36 percent Chardonnay, the wine’s character is strongly influenced by the Pinot Noir, while the Chardonnay lends some spice, structure and length on the palate. With a pale salmon hue Schramsberg Brut Rosé 2016 has generous aromas of strawberry, raspberry, grapefruit and orange zest, joined by notes of cinnamon, vanilla, bread dough and a whisper of watermelon. Strawberry, raspberry and grapefruit continue on the palate alongside savours of blood orange, lemon, peach, and feint shortbread with a whisper of roasted almond and ginger. Gentle effervescence and perfect acidity lend lift to the bright, fairly dry, delicate wine free of skin and seed tannin, while juicy fruit notes linger on the bright, clean finish. A refreshing aperitif, also well suited to pairing with a wide range of foods.