The first peated whisky to join the brand’s permanent range. 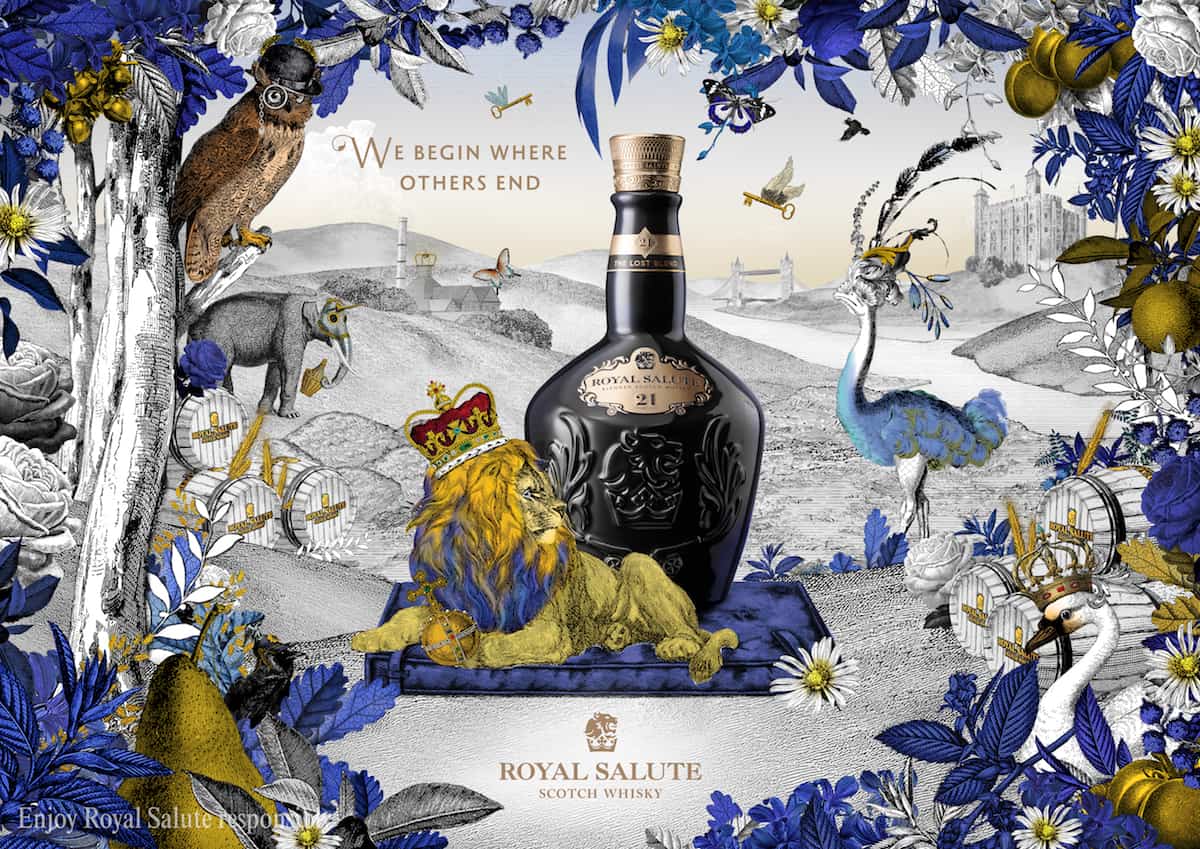 Named after the traditional 21-gun salute, Royal Salute specifically produced its flagship, The Signature Blend, as a gift for the Coronation of Queen Elizabeth II in 1953 and has been steeped in royalty ever since. Joining The Lost Blend, The Malts Blend has also since been released as part of the brand’s permanent production line.

Created by Royal Salute Master Blender, Sandy Hyslop, The Lost Blend has been meticulously crafted using scarce whiskies from distilleries no longer in production, all of which are at least 21-years-old. The selected ‘lost’ distilleries include the likes of Caperdonich, Dumbarton and Imperial (named in honour of Queen Victoria’s Diamond Jubilee). During production, a mix of first fill and traditional hogsheads barrels are used to balance the whisky’s smokiness. Once complete, The Lost Blend is bottled in a black flagon, presented in a box designed by award-winning illustrator Kristjana S. Williams, depicting a contemporary take on the whisky’s rich history, with illustrations of the British Royal Menagerie.

On the nose, Royal Salute’s The Lost Blend is initially fruity with prominent citrus aromas joined by some apple, pineapple and feint ginger alongside a whiff of peat. Notes of sweet orange and peach prevail on the palate alongside some hazelnut, charred oak, vanilla, malted grains and pear that’s balanced by the peat which lends a distinct smoky note; softening towards the end and lingering on the smooth, smoky finish with savours of fruit and oak. A whisky that’s enjoyable when sipped neat, or an ideal cocktail base given the concentration of flavour – working particularly well in classic whisky high ball drinks.