Rob Roy Cameron has launched a short residency at Crispin, serving a menu of small plates inspired by his travels across the world. 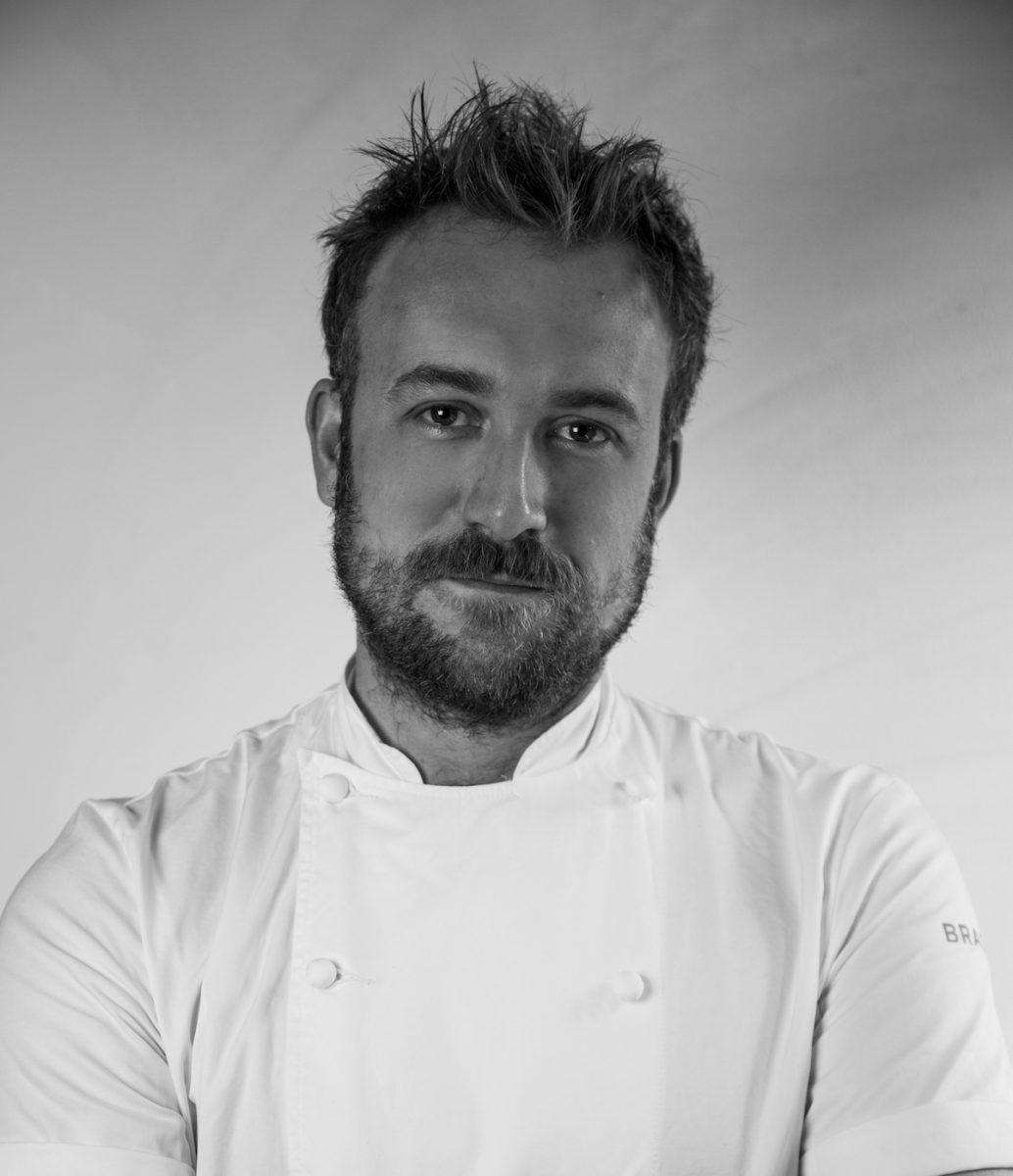 Opened September 2018, Crispin occupies a contemporary, purpose-built zinc and glass pavilion on White’s Row, near Old Spitalfields Market. A project from Lundenwic and Scotchtails founders Dominic Hamdy and Oliver Hiam, the venue serves as an all-day restaurant and wine bar with space for 40 covers, serving a breakfast menu through to a more comprehensive lunch and evening menu of small plates intended for sharing. As for the wines served, the majority are natural or low-intervention, with the impressive list chosen by Fernando Berry of Otros Vinos. Here, the atmosphere is casual, matched with friendly, refreshingly eager to please service.

Touted as a “minimalist and borderless exploration of British produce”, Rob Roy Cameron’s menu features an assortment of influences from his travels over the world. After working in the kitchens of Michael Caines at the Abode Hotel and Roux at the Landau, the chef moved to Northern Spain, working in world-renowned restaurants such as three-Michelin-starred El Bulli, before becoming head chef at 41 Degrees in Barcelona. Stints in Mexico and Scandinavia followed, before the chef returned to Barcelona to work in the kitchen at Hoja Santa for two years, before moving back to the UK for the launch of Untitled and Gazelle (now closed).

Offering ‘one of everything’ for £29.50 per head, the menu is comprised of small, seasonally-led dishes to be shared, each showcasing creative cooking and unusual flavour combinations. A recent dinner began with three thick slices of sourdough from east London-based The Dusty Knuckle Bakery, quickly followed by three curls of cured ham with salty flesh snuggled by rich, gossamer fat. Two examples of exceptional produce served simply yet effectively.

Vesuvio tomatoes followed, rampant with flavour, peeled and teamed with grassy olive oil and spears of crisp seaweed foraged on the Kent coast. More foraged sea produce appeared in an inspired herb salad, featuring wilted sea aster and a parade of wild herbs, very lightly dressed and garnished with a surprisingly delicious crown of crispy yeast – adding remarkable depth of flavour to what was, unexpectedly, one of dinner’s definitive highlights. Another highlight came with a dish of raw tuna dice that were generously spiced, with each mound cloaked by a slice of gently pickled beetroot, potentially presented in such a way to hide the grains of puffed rice, adding so much textural depth and contrast but visually evoking the dregs of a fisherman’s bait box.

A large tentacle of grilled octopus starred in dinner’s sole duff dish. Alas, the octopus was ensnared by a crust of acerbically bitter char lines and was, ultimately, overcooked. The inner flesh was firm and almost impossible to cut through without a steak knife and the tentacles terse and rubbery like bite-sized toilet plungers. Elsewhere, the surrounding mote of green tomatillo sauce lacked punch and seasoning, no matter how hard the (otherwise very good) pumpkin seeds battled to compensate.

Far better was the cooking of the duck breast in the main course. Perfectly pink, the pan-seared fillet was capped with crispy skin and well-rendered fat, bathing in a sauce of liquorice, working unexpectedly well with the gaminess of the bird. Paper-thin slivers of sweet pineapple, on the side, divided opinion, nonetheless. I’m still unsure whether duck and pineapple is a pairing I’ll ever be able to get on board with.

To finish, a peach dessert arrived at the table looking like a hollandaise-covered poached egg. Instead, a gorgeously ripe peach was simply prepared and covered with a sprightly concoction of beer and peach sauce. A misleadingly complicated, gloriously refreshing conclusion to the meal. Rob Roy Cameron divided opinions with some of his bizarre pairings. Some were outstanding; others simply didn’t work. The sheer amount of preparation that goes in to each dish, along with the refined, (mostly) technically perfect cooking – however – demands to be admired at the absolute least.

Crispin can be found at Pavilion on The Corner, White’s Row, London, E1 7NF.