Venturing out at the weekend for brunch has become incredibly popular in recent years, but with such a great number of restaurants jumping on board, so many of the menus have become implausibly predictable. First there are the various perfunctory takes on Eggs Benedict, from classic Royale and Florentine through to less authentic strands that […] 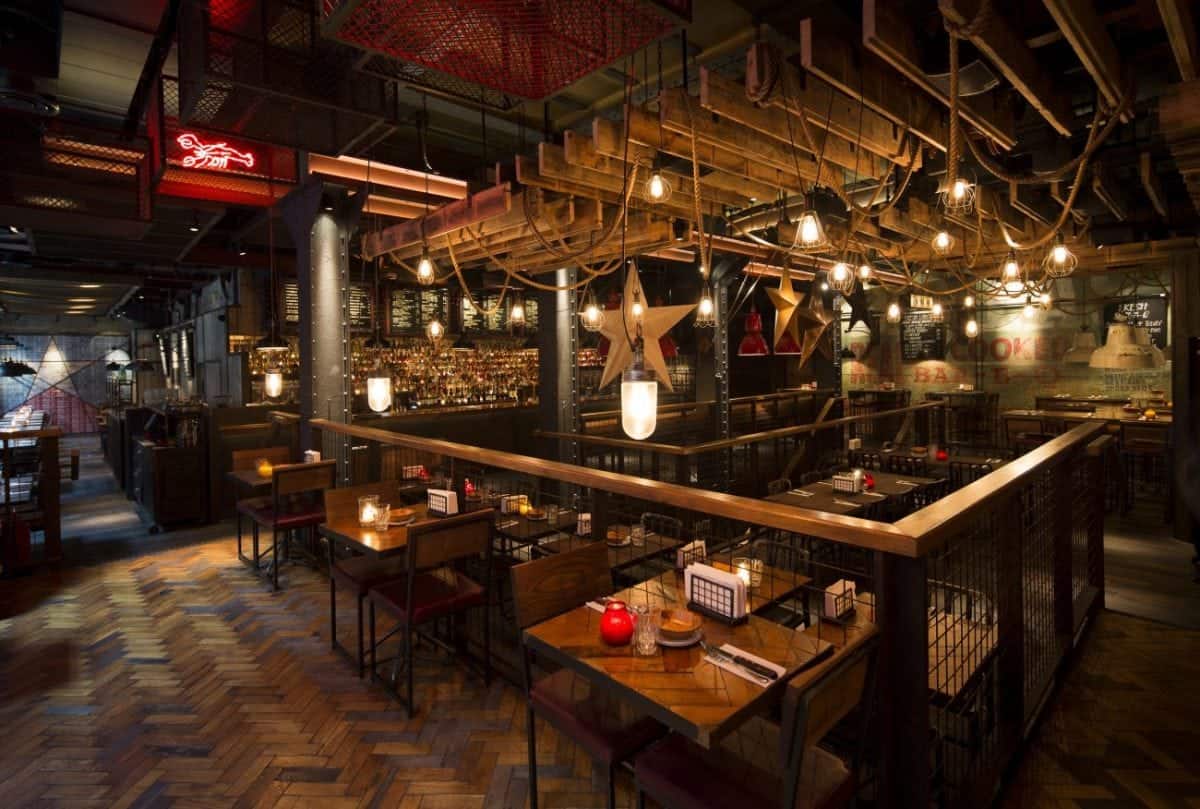 Venturing out at the weekend for brunch has become incredibly popular in recent years, but with such a great number of restaurants jumping on board, so many of the menus have become implausibly predictable. First there are the various perfunctory takes on Eggs Benedict, from classic Royale and Florentine through to less authentic strands that employ the likes of pulled pork, or substitute English muffins with waffles.

When “brunching” it’s also difficult to escape outbreaks of avocado pandemic and jugs filled with an under-spiced, overly-spiked solution pretending to be a Bloody Mary – of which it is generally not. The brunch offering at Big Easy, on the other hand, is exactly what’s expected from a restaurant famed for its take on American comfort food, and is generally a welcome break from the norm. Inside the Covent Garden branch (there are two others: Chelsea and Canary Wharf) the décor is heavily American, but without being gimmicky – and at noon on a Sunday is absolutely filled to the rafters with diners. The weekend brunch menu offers the usual likes of smoked brisket or pulled pork sandwiches and shrimp Po Boy, plus more adventurous dishes such as barbecued pork frittata and French toast waffles (“waffled” eggy bread is a concept that still baffles me).

An “Unlimited Boozy Brunch” is also on offer and is expectedly popular, priced at £29.50. This includes a choice between a limitless barbecue platter, or a selection of various lobster-based dishes with an endless stream of red or white house wine, Prosecco or the restaurant’s own Big Easy Brew for a time window of two hours. In accordance with the unlimited alcohol, the underground bathroom seems strategically placed – a close neighbour to the Earth’s core. The walk is so long, in fact, that it’s on par with the baneful trek between the Bakerloo and Northern line platforms at Elephant & Castle tube station: just imagine that after drinking 120 minutes’ worth of booze.

Arriving hungry, we chose the limitless BBQ (extra servings of smoked meat are also included for the particularly greedy) and the lobster macaroni and cheese in order to sample just about everything. Both dishes landed at the table piled onto huge metal trays, far too vast for a measly table for two. The mountainous ‘Big Pig Gig’ contained less pork than the name would suggest, though the sole porcine element of the dish had been cooked slowly and pulled before being served in a sickly barbecue sauce. The sauce worked in sweet harmony with the flavours of wood smoke that permeated the desirably tender meat, making for a good take on pulled pork that’s surprisingly difficult to discover.

Elsewhere, two strips of brisket were encased with a dark layer of charred bark to coat the succulent smoked beef inside, while a plump chicken breast had been smoked to a rosy pink hue (the only time that it is okay to eat pink chicken). The chicken, however, had become so tough and so dry that the notion of guzzling copious amounts of Prosecco seemed acceptable as a means of rehydration. Far better was a fluffy cornbread muffin and a dish of barbecue beans, not dissimilar to the blueprint that has become customary throughout London’s countless barbecue joints. A mixture of beans had been cooked within a sauce similar to that served with the pulled pork and were accompanied by a little onion and some spice.

Another large portion of lobster macaroni and cheese was served within a paella dish, showcasing a generous amount of shellfish, although the superfluous carbohydrate overload of fries was unnecessary. The main focus, however, was very well executed, flecked with flakes of lobster that had been cooked properly and topped with an enormous helping of cheese to provide a very good take on a dish that’s the pinnacle of indulgence. Conversely, although it’s a generally delicious dish, the problem with lobster mac and cheese is that it’s rarely worth the high cost price of lobster with its already delicate flavour, even before being slathered with molten cheese and baked. Quite unsurprisingly, the weekend brunch menu isn’t accompanied by a dessert offering, which comes as a relief given that we’d eaten (and drunk) enough for at least four people by the end of the main course.

Although good and generally well prepared, the food at Big Easy is not necessarily London’s best example of American barbecue. However, with the addition of limitless drink, the brunch offering here is amongst the city’s most reasonably priced, working as an underdog contender against some of the city’s most thinly-spread, far less exciting chain restaurants.