By Jonathan Hatchman, Food Editor, @TLE_Food Upon entering a relatively late restaurant service, escaping from the abhorrent coolness of a springtime evening, the overwhelming aroma of rich spices is always a welcome greeting for any food enthusiast. Situated within a large former Bank building, Zaika has recently reopened its doors after originally opening way back […] 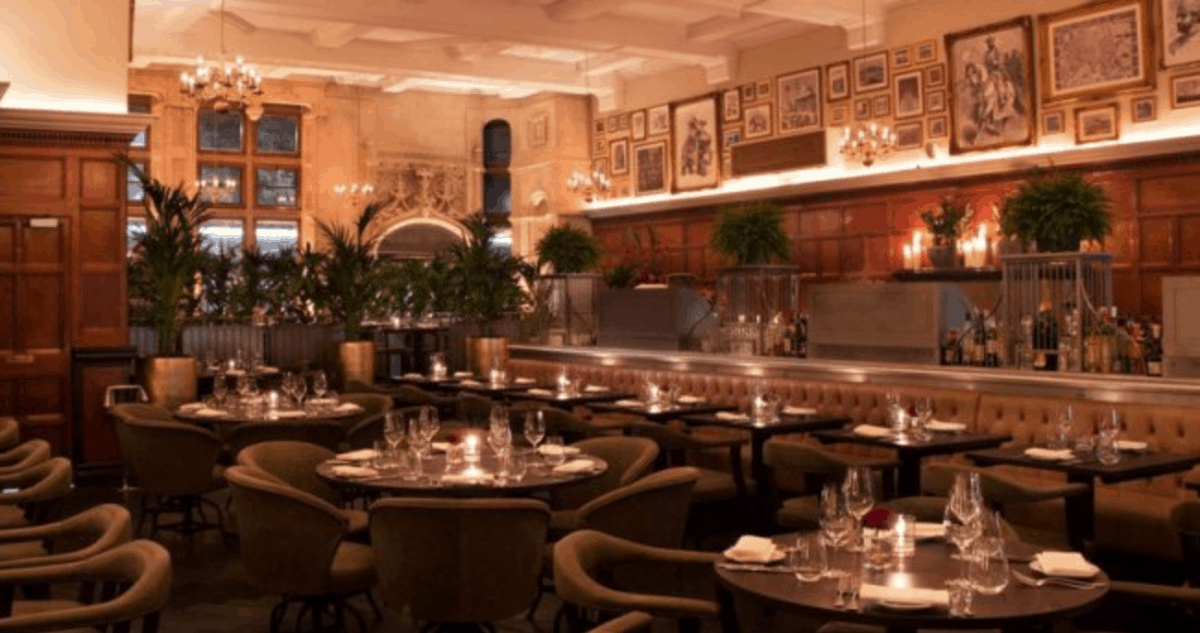 Upon entering a relatively late restaurant service, escaping from the abhorrent coolness of a springtime evening, the overwhelming aroma of rich spices is always a welcome greeting for any food enthusiast. Situated within a large former Bank building, Zaika has recently reopened its doors after originally opening way back in 1999, boasting high ceilings with huge walls covered in Empirical artworks and a kitchen that delivers a vast range of delicious Northern Indian inspired recipes from Head Chef Shoeb Haider.

Taken over by Tamarind Collection at the tail end of 2012, with their flagship – Tamarind of Mayfair – becoming the first Indian restaurant in the World to gain a prestigious Michelin Star, Zaika does demonstrate some of the trademark culinary finesse that’s served up by the aforementioned, with a vast menu that offers a wide range of price tags. However, some of the menu’s pricing does seem rather extraordinary. As far as Naan breads are concerned, it came as a great surprise to find the signature Truffle Naan falling into the exact same price bracket as the traditional Naan bread at £3.75, each cheaper than the Peshwari or Cheese stuffed bread, each at £4.25. However, my partner’s chosen main of Tandoori Lamb Chops was priced at a staggering £35. Of course, the charcoal infused tastiness was commendable, but the dish did lack a little depth, accompanied by a mere handful of leaves and lime wedge. As for the starters, the Seared Scallops (£14.50) were delicious, crusted with Curry leaf, Coriander and Chilli, yet having based our expectations upon the photographs on the restaurant’s website, the presentation was rather underwhelming. Meanwhile, although basic, my bowl of gram flour battered Prawns (£9.50) was so moreish that I could’ve eaten a whole Ocean’s worth.

One remarkably impressive part of the evening was the Lobster main. All too often, the sheer Market Price of the lavish crustacean does, unfortunately, inspire laziness in many kitchens, as many chefs become too confident and, more often than not, end up over cooking the dish and serving it in a manner that’s nothing more than bland. Thankfully, “bland” is the last word that I’d use to describe the Lobster tail, served with a delightful sauce of spiced Tomato, Turmeric, Garlic and Mango. Also, having been unable to decide between the Lobster and Zaika’s take on Chicken Tikka Masala, the manager insisted on allowing our party to sample the latter. Tandoori cooked chicken bathing in a rich sauce that’s not too dissimilar to a spicier Heinz’s Tomato Soup (which is a good thing, believe me), providing an appetising side dish, yet a little extravagant at £18 for a main-sized portion.

Moving on to dessert, unable to decide from a selection of marvellously decadent finishing touches to the meal, our waiter provided a sharing platter of three of the restaurant’s best desserts. A Coconut mousse adapting the texture of freshly laid snow, topped with a Vanilla stick to add another texture, a particularly tantalising scoop of real Pistachio Kulfi, and a surprisingly subtle Dark Chocolate brownie, each reminding us of the reasoning behind the restaurant’s two esteemed AA Rosette awards.