A journey through India that is definitely worth taking.

by Alex Pittson
in Food and Drink 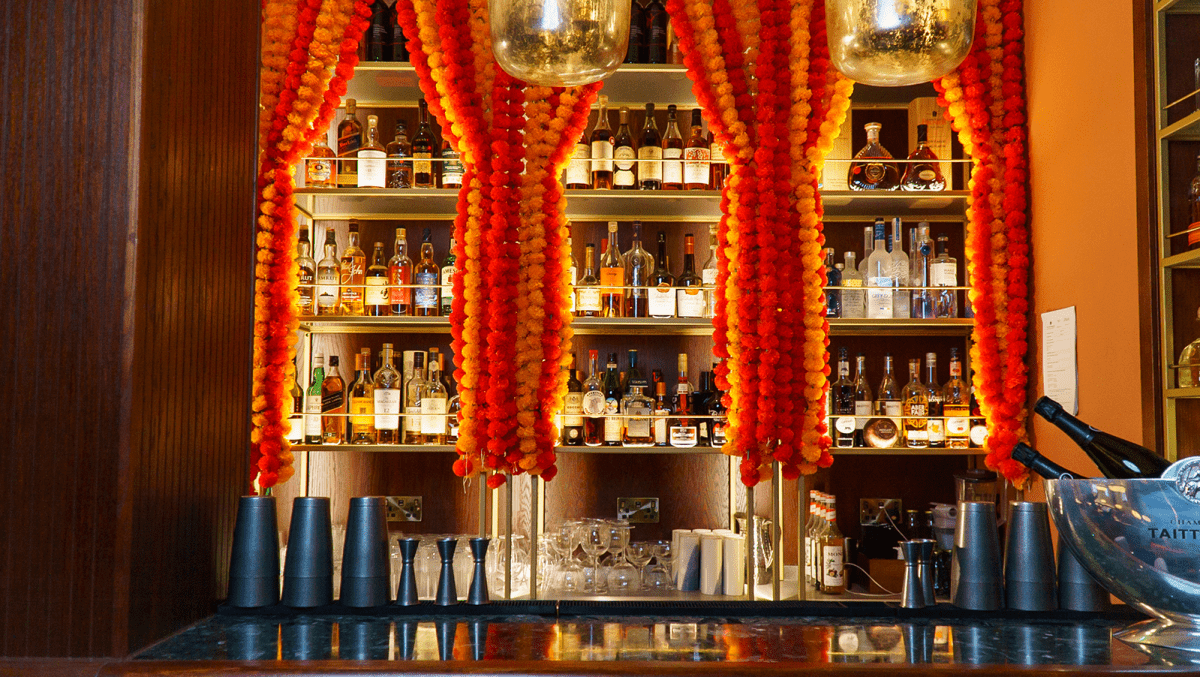 Indian fine dining restaurant Yaatra has become the latest resident of the old Westminster Fire Station between St James’ Park and Westminster. The Grade II listed building was converted into apartments and a restaurant that hosted Mathura, another South Asian restaurant, shortly before the new tenants moved in.

The interior brings a blend of history and finesse with many of the old fire station features still visible and interspersed with oriental tapestries to bring the design together.

The menu is the creation of twice Michelin-starred Executive Chef Amit Bagyal. It is designed to take diners on a journey through India, following the highways that weave from the Himalayan mountains through West Bengal and down to the coast of Goa, giving guests the opportunity to explore new territories, flavours and traditions.

We arrived on a typically British, wet winter evening, and shortly after a warm greeting we were tucking into a basket of poppadoms and sipping on mango bellinis. The basket had three variations of poppadom and paired perfectly with the spicy mint sauce and berry chutney. The bellini, however, was lacking the freshness we expected from the mango.

For the entrée, we opted for a selection of recommendations from the chef which included a slow-cooked beef, mixed grill, momo dumplings and a sweet dish called Daulat ki chaat. The steamed momo dumplings were filled with chicken and served with a spicy vegetable broth. This was the first thing we tried and took centre stage as our favourite of the evening. The potato-based Daulat ki chaat was another stand-out due to the sweet aromas and crunchy textures not generally expected from a starter. This recipe started life as a dessert and although served cold, the light whipped foam was a pleasant pairing alongside the intense spices from other dishes.

The mains brought some classics – butter chicken, chicken biriyani and garlic naan. As expected, each was well executed and fulfilled those cravings that arrive like clockwork every Friday. The surprise winner from the mains was the Garhwal Goat Osso Bucco, a goat curry made in the chef’s home-style. The meat was beautifully soft and served in a rich caramelised onion sauce – a must-have!

We didn’t leave much space for dessert, which turned out to be a good decision as the chocolate and rasmalai were adequate but certainly not the stars of the show.

Overall the ambiance, food and wine pairings were of a high quality. We thoroughly enjoyed the chance to explore the variation in cuisines from across the country. The unique dishes are what will keep us coming back and what we’d love to see expanded upon.

A journey that’s definitely worth taking.