Just a couple of weeks after its official launch, The Sunday Times published an article declaring the Sunday roast at The Coal Shed in London to be one of the city’s best. Part of the upscale new One Tower Bridge development, which also homes Tom Simmons Tower Bridge and a new offshoot of The Ivy, […] 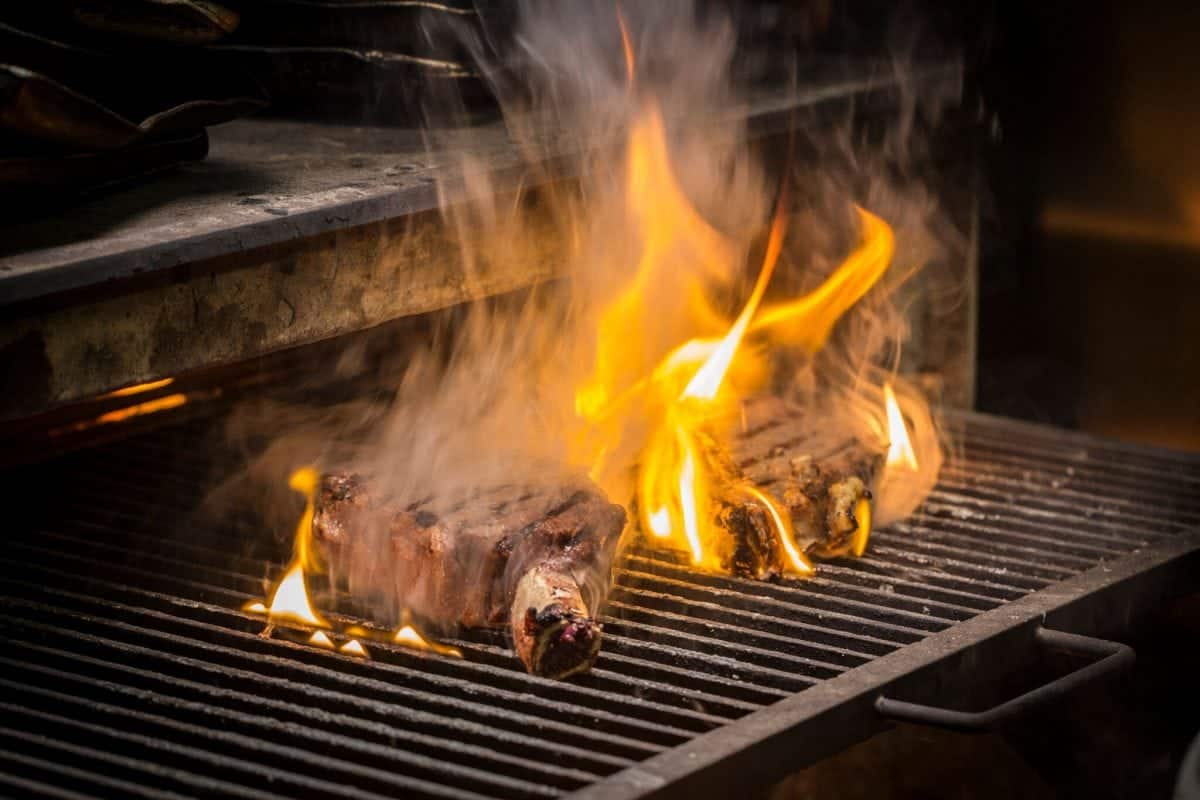 Just a couple of weeks after its official launch, The Sunday Times published an article declaring the Sunday roast at The Coal Shed in London to be one of the city’s best.

Part of the upscale new One Tower Bridge development, which also homes Tom Simmons Tower Bridge and a new offshoot of The Ivy, The Coal Shed is the London counterpart of its sister restaurant of the same name, and The Salt Room, each operating in Brighton. Restaurateur Razak Helalat’s first London offering promises to build on the reputation of the two Brighton restaurants, as well as serving some of ‘the finest steak and seafood’.

At 12:30, an unspeakably early Sunday lunch time, the restaurant is absolutely heaving, filled with many diners already wolfing down their main courses. Apart from the beguiling smell of beef cooked over an open fire, the first thing noticeable is the grand, modern opulence of the dining room – a large space that’s been designed with no expense spared, even down to the bespoke cutlery. Alongside the Sunday roast offering of 35-day aged black Aberdeen Angus sirloin, the a la carte selection is vast, boasting numerous snacks, starters, main courses, six different prime steaks, sharing portions of goat or whole fish, and at least eight side dishes from luxurious grilled lobster to adventurously pickled onion rings.

We’re set on the roast beef, but request some recommendations for starters. Our waiter is refreshingly well-informed, helpful, and pleased to assist in making some decisions; sharing a wealth of knowledge on various dishes and ingredients. Two unique Bloody Mary interpretations arrive quickly, followed by some pre-lunch snacks. ‘Bloody Ruby’ is spiked with the addition of port and is well spiced. The ‘Seaser’, however, features Sea Herb Gin and ‘Seaside vermouth’, baffling crowned with an empty oyster shell as an unnecessary garnish. Fortunately, four Porthily Oysters are intact, plump and embellished with gherkins, dill oil and jalapeño.

The first starter proper, celeriac cooked fiercely over charcoal lends a compelling case in favour of vegetarian food being exciting. Cubes of charred celeriac are teamed with salt-baked beetroot, convoyed by dribbles of celeriac puree and scant truffle. A tentacle of octopus comes with aubergine and kombu (reading like an absolute dream) but is so overcooked it’s almost inedible. Unless you’re equipped with the unrelenting teeth of a Pit-bull, the only hope of finishing the dish lies within swallowing each whole, unperturbed mouthful while hoping for the best. 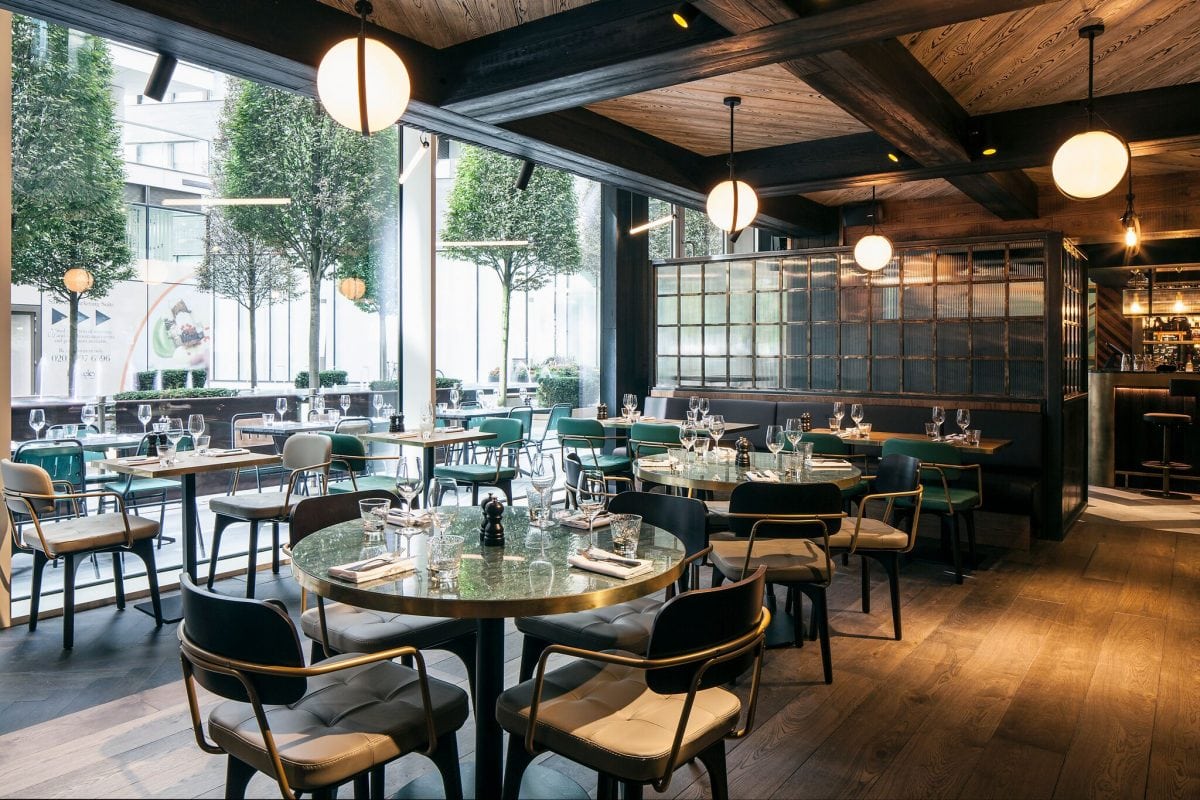 On to the main event, the roast beef is, in fact, a sizeable steak (quite reasonable at £40) that’s sliced and served on a platter with roast potatoes and two Yorkshire puddings. These particular Yorkshire puddings are elegant and well-risen, and the potatoes, crisp on the outside and soft in the middle, are some of the best I’ve eaten in London. As for the beef, the lengthy dry-aging can be tasted in the fat, with such complex character, but is poorly rendered. The centre-most strips are blushing medium, but the outer segments veer towards well-done.

On the side, a jar of gravy is smoked, with profound flavour, but a wishy-washy texture. Leeks sweated with plenty of whole-grain mustard are refreshing, but roasted beetroot leaves a little to be desired. Cauliflower cheese, on the other hand, is a dish so magnificently evil, it’s a shame it hasn’t suffered the same fate as the dinosaurs, or at least been solely confined to the Toby Carveries of the world.

To finish, a sharing portion of apple and blackberry crumble is served in two separate portions, and so it should be. It’s just too good to share. A sadly under-respected dessert, this crumble is simple but well-executed. Stewed apple is sweet and giving but retains some texture, contrasted by tart blackberries. On top, the crumble is a cornucopia of toasted nuts and grains, which deliver the dish into the 21st century but without completely stripping it of its splendour. Served with vanilla custard, the dessert is a rewardingly nostalgic portion of deep, bolstering joy – fittingly superlative for cold, lazy Sunday afternoons.

The Coal Shed London can be found at One Tower Bridge, 4 Crown Square, London, SE1 2RZ.