Two years on, it’s still the most unremittingly vile thing ever to have passed my lips. Served at the London pop-up of a Spanish Chef with a Milky Way of Michelin stars – what looked like a white chocolate-covered Fox’s shortcake round instead harboured raw sturgeon, crowned with a hillock of caviar. The combination of […] 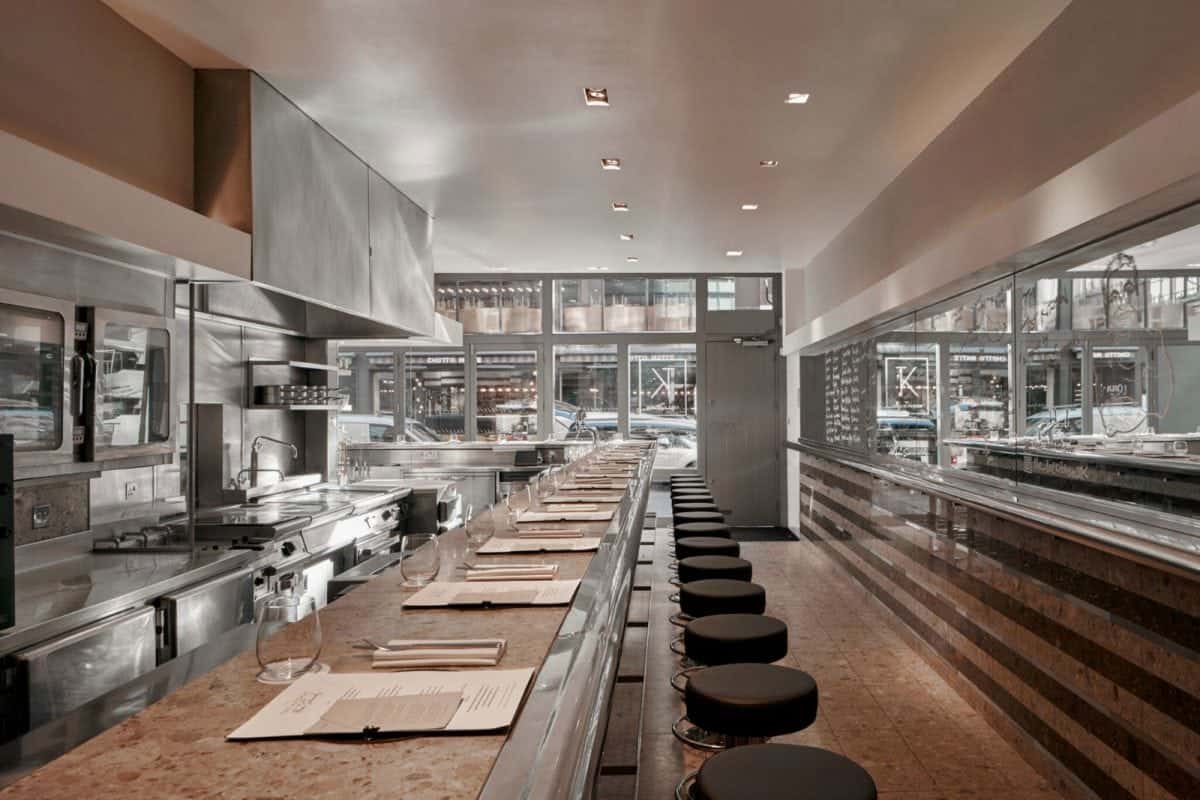 Two years on, it’s still the most unremittingly vile thing ever to have passed my lips. Served at the London pop-up of a Spanish Chef with a Milky Way of Michelin stars – what looked like a white chocolate-covered Fox’s shortcake round instead harboured raw sturgeon, crowned with a hillock of caviar. The combination of saccharine white chocolate and fish, alone, would have been bad enough, yet the sturgeon was sloppy and fusty, with a hum of waste management centres in August.

I’ll often complain about these preposterous marriages of ingredients, but we must respect such pioneering advancement, when executed well. Even the most classic flavour combinations that we know and love (gin and tonic, eggs and bacon, beef and horseradish) are the product of past innovators brave enough to experiment. In recent years, we’ve been subject to more culinary adventurousness than ever – with Heston Blumenthal having become the nation’s best loved, most successful example of such gastronomic absurdity. As I’ve recently mentioned, simple dishes may bring the most pleasure, but when served in restaurants it’s necessary for every component to be realised with perfection. With the outlandish dishes found at the other end of the spectrum, however, the possibility of disaster is far stronger, making it easier to forgive small slip-ups, providing the dishes served are unpretentious and have actually been tasted by the chef.

The concept at The Test Kitchen – the new pop-up restaurant from Chef Adam Simmonds -formerly of Le Manoir aux Quat’Saisons and Danesfield House in Marlow – is easy to (wrongly) condemn before visiting. Focussing on a constantly changing menu of tentative flavours, techniques and combinations, The Test Kitchen also has a unique approach to service, ultimately working as a prototype for the chef’s London restaurant set to open next year, once the lease of this current pop-up has expired. By nature, The Test Kitchen takes the opportunity to use diners as ‘lab rats’. Research participation is something that we’ve become particularly fond of in Britain (although usually for money). Pills hoping to cure disease, with the mild possibility of drastic side affects; or Binaural Beats designed to reduce stress, which might subconsciously inspire a psychotic breakdown? Sure, why not. But there’s not enough money in the world to compel me to desire a blister of solidified milk skin draped over a perfectly good piece of lamb.

Taking over the site of Barrafina on Frith Street, The Test Kitchen is a tiny space with space for just 23 diners seated around a counter which overlooks Adam Simmonds and his brigade of chefs busy at work. The chefs personally serve dishes across the marble counter, accentuated by a cascade of natural light that enters through the floor-to-ceiling windows looking out onto the heart Soho. The first dish ordered, listed as a concoction of ingredients, reads like an overabundance of expectedly discordant flavours: ‘Rock Oyster, Oscietra Caviar, Cucumber, Kiwi’. I am wrong, conversely. A large oyster (£9) is served raw, sans shell and topped with a trifling mound of subtle caviar (thankfully) and freshly grated English wasabi far less aggressive than the dyed horseradish often available in the UK. Elsewhere, potent elements of fresh cucumber and relentlessly acidic kiwi are present. Against all odds, the kiwi has a binding character which neutralises each accompanying ingredient to make the oyster sing in harmony with everything else, still remaining the jewel in the dish’s crown. The overall result is quite remarkable: the best dish eaten at The Test Kitchen, by quite some margin.

Elsewhere, the asparagus dish (£8) isn’t technically vegetarian. Spears of white asparagus are served al dente with texture that compensates for the vegetable’s lack in flavour, joined by waxy Linzer potatoes, liquid whey with a taste of oddly pleasant curdled cheese, and caviar that’s, this time around, far more powerful and – like the kiwi in the oyster dish – unites the unorthodox combination of ingredients. A perfectly poached scallop (£12) is pert and sweet, combined with fragrant, watery Nashi pear and sesame – an ingredient that brings out the best in just about anything. Alas, the additional dashi broth poured on service is overly salty and almost washes out the dish’s taste complexity. Better is a pheasant egg (£8.50) cooked in sous vide to almost guarantee optimum softness: a weapon of extreme insalubrious comfort, here teamed with earthy Girolle mushrooms and a generous heap of white truffle shavings.

Meat dishes include breast of quail (£9) that’s cooked properly and served over a bed of finely diced asparagus with toasted sunflower seeds providing depth of texture, plus a deep, gamey sauce made from the bird’s cooking juices. The lamb dish (£17), on the other hand, favours two contrasting cuts. A hunk of loin has clearly been cooked in the water bath and has a soft, buttery texture synonymous with premium cuts. The accompanying slice of rolled breast, however, typifies a lesser-loved cut cooked well and boasting vigour far superior to the loin. On hand during service, Adam Simmonds insists that future versions of this dish will have a stronger focus on the breast of lamb and its outstanding character. The cooking of the lamb is, in fact, enough to forgive the wanton addition of flaccid milk skin, like the abhorrent membrane scraped from the top of school dinner custard.

To finish, yeast parfait (£7.50) is unsurprisingly bold, topped with grains of puffed rice that looks as though plucked from the bottom of a fishing bait box. The flavours here are well executed, once again, without contention, though a fresh lychee sorbet works unexpectedly well alongside the parfait. Even the token cheese dessert (£7.50) at The Test Kitchen defies tradition. Creamy Brin d’Damour cheese from Corsica has a creamy texture with a nutty aroma and slightly sour citrus taste. The cheese is paired with a delightfully unconventional combination of pineapple and rosemary, though the accompanying reduction has a cloying, toffee sweetness.

The food isn’t all perfect, but the best dishes tasted showcase Adam Simmonds’ profound level of culinary skill and expert understanding of ingredients. Love or hate the concept, The Test Kitchen is quite brilliant: a bold new addition to Soho’s already bustling restaurant scene, sure to become a beacon for any food obsessive with an Instagram account, from within a 30-mile radius.

The Test Kitchen can be found at 54 Frith Street, London, W1D 4SL.