A three-sided square off Central Street in Clerkenwell is, perhaps, an odd choice of location for a new restaurant. Between Old Street and Angel tube stations, close to Palatino (a corporate morgue that serves enjoyable Roman-inspired food), Poon’s has popped-up at The Alchemist, a 250 square-foot space neighboured by William Hill, Fish Central and a […] 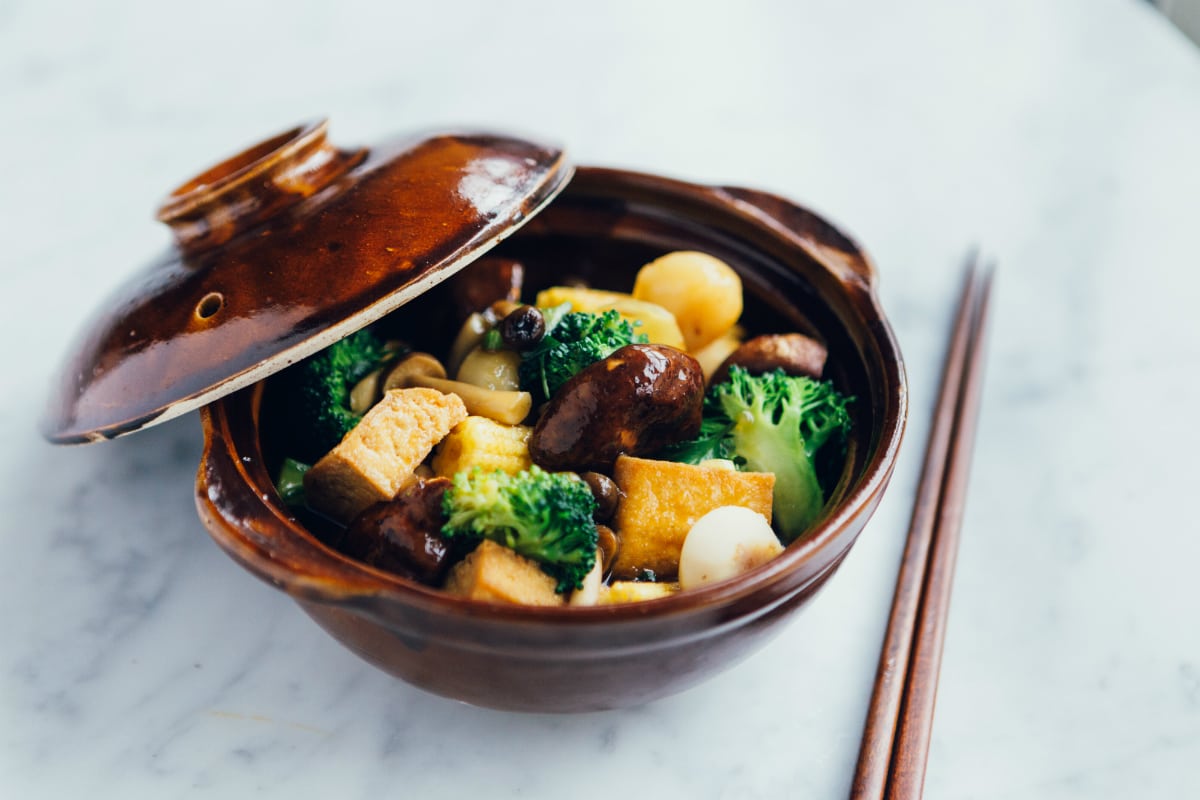 A three-sided square off Central Street in Clerkenwell is, perhaps, an odd choice of location for a new restaurant. Between Old Street and Angel tube stations, close to Palatino (a corporate morgue that serves enjoyable Roman-inspired food), Poon’s has popped-up at The Alchemist, a 250 square-foot space neighboured by William Hill, Fish Central and a block of flats. Here, Amy Poon is re-launching her family’s famous Chinese restaurants, dragging them kicking and screaming into the 21st Century.

Bill Poon first launched Poon’s in 1973, opening on Lisle Street. The restaurant’s overwhelming success then led to the opening of four additional restaurants, while the original gained a Michelin star in 1980. Throughout the restaurant’s 30-year reign (closed in 2003), Poon’s became a cult institution, patronised by celebrities such as Frank Sinatra, Mick Jagger and Barbara Streisand. Now, 15 years after the original chain’s closures, Bill is working as a consultant, alongside his daughter, on the new project.

Already two months into the three-month residency, Poon’s serves a noticeably modern menu, with plenty of gluten-free, vegan and organic dishes available. Otherwise, classic dishes are also celebrated, such as “wind-dried” meats; one the original restaurants’ unique selling points. By day, the restaurant’s set-lunch menu boasts tremendous value at £12.80 per person. At lunch, Poon’s is flooded with natural light, festooned with marble-topped tables evocative of whimsically chic pie and mash shops and service is prompt: guaranteeing a competitive express lunch on the edge of the square mile.

A pot of jasmine tea arrives with a tureen of radishes, lightly pickled, lashed with chilli oil, spring onion and caramelised onions. The radishes are fresh, firm and the pickling liquor has pleasant sweetness in contrast with the heat of chilli oil, yet the abundance of onion, leaves me fearing I’ll inadvertently recreate the Great Fire of London with one blast of my tongue. Paper-thin wontons, on the other hand, bulge with succulent, fatty pork mince and harbour a whack of chilli synonymous with Sichuan cuisine. They’re amongst the best I’ve eaten in London

A handful of rice and noodle bowls are available as lunchtime mains. The Beggar’s Bowl Hakka Pork Belly harbours perfectly cooked nuggets of pork, with the fat well-rendered to adopt unctuous, buttery texture. The pork is also accompanied by a rich black bean sauce which, although pleasant, is used somewhat overzealously. Like the pork rice bowl, the beef flank version is also substantial. Slowly braised in Chinese five spice, the use of flank steak is clever in this dish. Not merely an economical cut, flank has natural flavour superior to prime cuts, while the slow cooking coerces the beef into sustaining a giving texture – as is expected from slow-cooked beef – but with enough bite to provide textural interplay alongside soft rice and firm broccoli stalks.

We finish with a scoop of ginger ice cream, crowned with a criss-cross of crystalised ginger. Although simple in its execution, it’s a refreshing palate cleanser, concluding a quick lunch that leaves me eager to return for dinner. Following this short pop-up (here until May) there’s also been some speculation into the opening of another permanent Poon’s site later in the year. Watch this space.