Pali Hill is the first London venture from Azure Hospitality, one of India’s most successful restaurant groups. 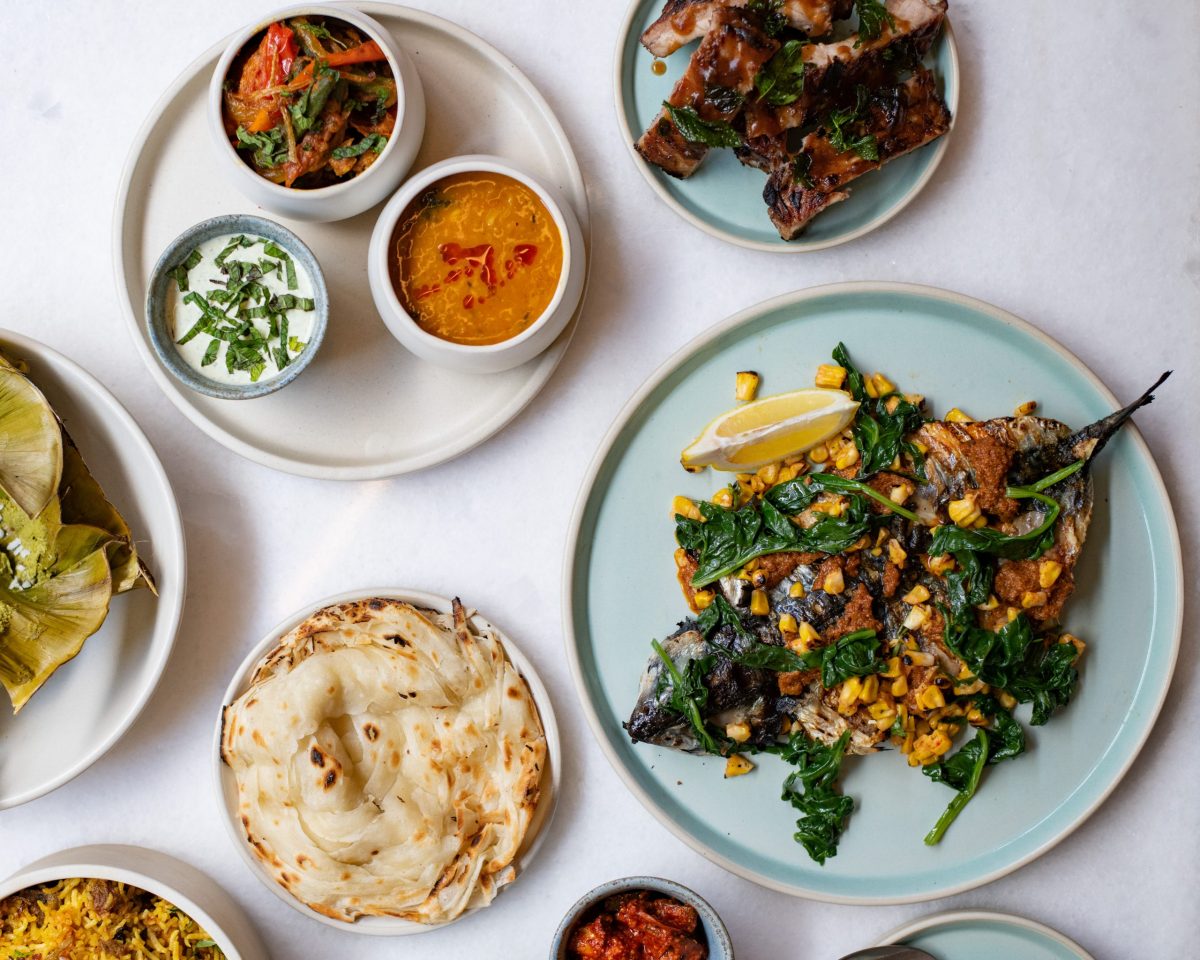 On the site formerly occupied by classic Indian restaurant Gaylord, Pali Hill is a brand new restaurant from Rahul Khanna and Kabir Suri, the pair behind Azure Hospitality – one of India’s most successful restaurant groups.

The group’s first London venture, Pali Hill takes its name from one of the oldest neighbourhoods in Mumbai – well known for its apartment ‘building societies’ filled with home kitchens serving regional and traditional dishes, often sent to other flats for neighbours to share.

Originally scheduled to open in March, before the effects of the coronavirus pandemic outbreak forced hospitality businesses to temporarily close for almost four months, the restaurant is also joined by a downstairs cocktail bar, Bandra Bhai. Inspired by the ring of smugglers that imported and dealt illicit goods while India had a closed economy, the bar has been designed to reflect a front for these dealings, set through a hidden doorway in the restaurant cellar. Cocktails include the likes of ‘The Don’, which is “inspired by the Bollywood movie character’s love of whisky and spice”.

Upstairs, the large restaurant space is well-light, spacious and ultimately comfortable, taking design inspiration from Pali Hill’s art deco apartments, with its terrazzo flooring and Pondicherry yellow pillars. Tables are also well-spaced, hand sanitiser vessels are supplied on each table, and the restaurant also takes advantage of the Government-sanctioned Track and Trace app. Staff are both friendly and helpful, all wearing face coverings and facilitating social distancing where possible.

The large grill at the centre of the open kitchen is another focal point at Pali Hill, where seasonally-changing, regional Indian small plates are prepared by Head Chef Avinash Shashidhara and his team. A recent dinner began with a refined take on papadi chat, with spiced yoghurt, roasted pumpkin, sev noodles, pomegranate seeds, and tamarind chutney forming an impeccably balanced orchestra of complimentary flavours and textural depth. Venison tikka ‘junglee maas’ was another triumph, teaming slivers of medium-rare venison with sauce rampant with Mathania chilli, also accompanied by seasonally-appropriate chestnuts.

Grilled lamb cutlets were also fine, though ordering priority should be given to dishes such as the monkfish, which lends itself perfectly to being cooked in the tandoor, and to its mango pickle marinade; or the Chettinad style veal shin with black pepper, fennel and chilli. Served with a teaspoon for emancipating every last morsel of slow-cooked bone marrow, the veal shin was the jewel in dinner’s crown, with the meat both perfectly cooked (giving but not forced to the point of complete submission) and expertly spiced, warming and complex, with the sauce demanding to be chased around the plate with one of the restaurant’s gluten-free flatbreads made using rice, jowar and ragi flour, or a large, conical dosa.

The dessert menu at Pali Hill has also been created with attention to detail. Chocolate and coconut cake was well-made, though its richness won’t be for everyone, while the carrot ‘halwa’ was absolutely inspired, served with cardamom ice cream and toasted pistachios: sweet, refreshing and never overwhelming. A gorgeous conclusion to dinner at one of London’s most exciting new restaurant openings.

On the launch of Pali Hill, co-owner Rahul Khanna said: “Despite all the news surrounding the immediate future of bars and restaurants, we are genuinely thrilled and excited to be open and have a full restaurant and bar buzzing with optimism and lovely people.”