These are the most exciting new London restaurant openings taking place throughout October. 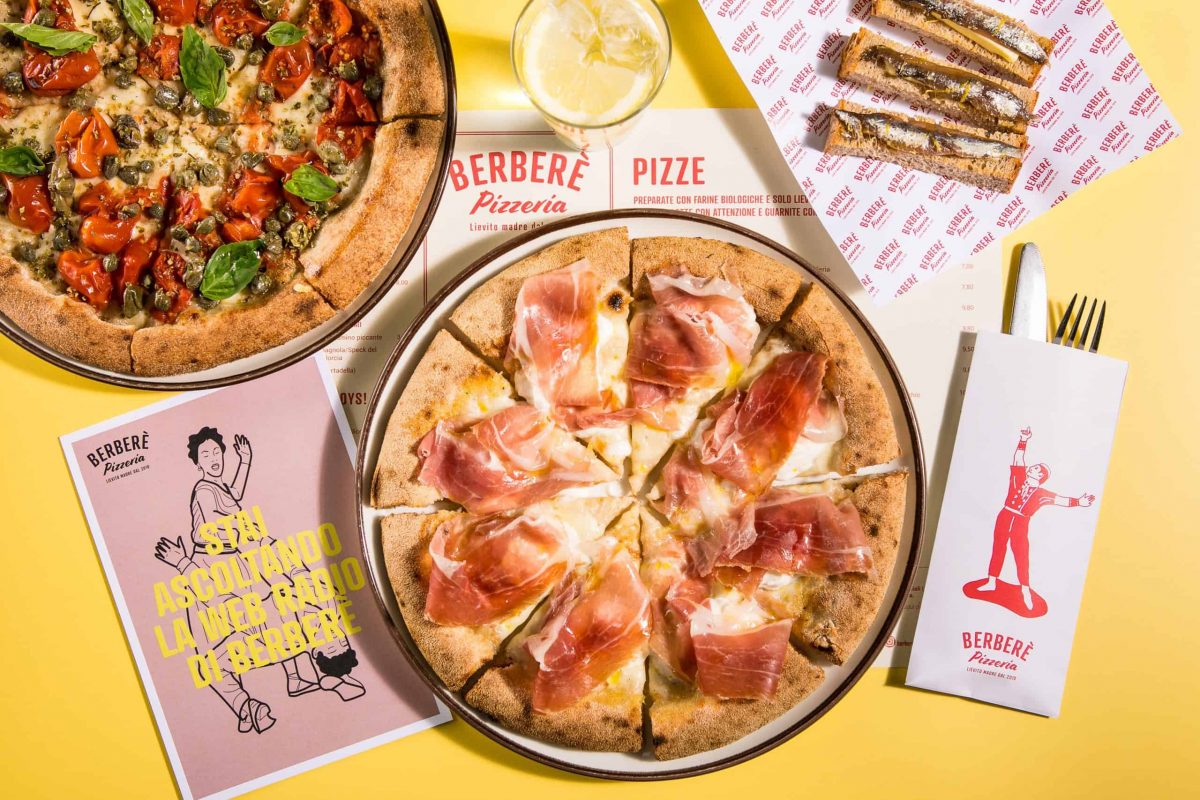 As hospitality businesses continue to re-open, a clutch of brand new restaurants and bars have also planned to open in London. We pick the most exciting new openings taking place throughout October.

Following the success of Italy’s much-loved Berberè Pizzeria, brothers Matteo and Salvatore Aloe will bring the operation to the UK this month. Hoping to bring “a dose of positivity and Italian charm straight from the streets of Bologna”, the first UK outpost will continue the brothers’ ethos of serving simple, honest pizza in beautifully designed spaces. Just off Clapham High Street, the London restaurant will serve pizzas with sourdough bases made fresh every day, using stoneground flour from Emilia Romagna, fermented for 24 hours. Italian producers will also be championed, with fiordilatte sourced from Agerola, extra virgin olive oil from Puglia, and anchovies from the Amalfi coast. Classic pizza toppings will be joined by a range of Berberè creations specially developed for the new site. These include the likes of ‘Spicy Diavola’ with salami and ‘Nduja; and ‘Aubergine’ with baked aubergine, basil and walnut pesto and smoked ricotta.

A selection of white pizzas will also be available alongside a selection of ‘fritti’ inspired by the Neapolitan street food snack. Dessert will also feature the likes of ‘Sweet Montanarina’ – sweet dough balls deep fried and filled with gelato and peanut butter. The drinks list, meanwhile, will feature classic Italian cocktails and a range of natural wines and digestivi. Beers will also be available on tap in collaboration with Mikkeller.

On the UK launch of Berberè Pizza, founders Matteo and Salvatore Aloe said: “Berberè Pizzeria was born from our love of good pizza and we always wanted to elevate the humble pizza with the best ingredients from both the UK and Italy, but also we want people to have fun sharing slices with their friends and enjoy our cocktails. Sharing is a huge part of the Italian way of life so we’re excited to be binging Berberè Pizzeria and a taste of Italy to Clapham.”

Berberè Pizzeria is set to open on Thursday 15th October (soft launch from 8th – 14th October) and can be found at 67 Venn St, London, SW4 0BD.

Originally scheduled to open in May, Mexican chef Santiago Lastra’s debut restaurant will open later this month. More than three years after making London his home, the chef’s new restaurant hopes to “encapsulate Mexico’s soulful and multi-layered food culture, whilst celebrating the finest of British ingredients.” While the launch menu is still yet to be unveiled, the 56-cover restaurant will serve two set menus, with the choice of either five or six courses (£55 and £70 per-person, respectively). The wine list, on the other hand, will showcase predominately biodynamic wines from Central and Eastern Europe, served alongside a selection of cocktails and mezcals. The restaurant’s standalone bar, the KOL mezcaleria, is also set to open later this year, serving a range of sipping tequilas, mezcal, agave, and other Mexican spirits.

On the launch of KOL, Santiago Lastra said: “It was a huge knockback when the restaurant was unable to open in May, but we saw the situation as a positive and spent time further refining, researching and fully immersing ourselves in the KOL vision. We are now more ready than ever before. I believe that the opening of KOL, at this time, can bring a little hope to the hospitality sector, for people to think, okay – the industry is not totally stalling, new restaurants can and will open, and there’s still something to be salvaged from this crazy year. Something to look forward to.”

KOL is set to open on Tuesday 20th October and can be found at 9 Seymour Street, London, W1H 6BE.

The first UK venture from Rahul Khanna and Kabir Suri, the team behind Azure Hospitality in India, Pali Hill will open this month. Originally planned to open earlier this year, the 60-cover restaurant will also be joined by a new underground cocktail bar, Bandra Bhai (see below). Named after one of the oldest neighbourhoods in Mumbai – well known for its apartment ‘building societies’ filled with home kitchens serving regional and traditional dishes, often sent to other flats for neighbours to share – Pali Hill’s menu by India’s diverse culinary heritage, offering regional sharing plates.

With a large grill at the centre of the open kitchen, Head Chef Avinash Shashidhara’s menu is set to include seasonally-changing small plates such as girolle and potato stuffed paratha with ghee and lime preserve; and pan-fried lamb sweet breads with black pepper, cumin, crispy curry leaves and mint. Large sharing dishes will also include the likes of grilled venison lal maas marinated with ginger, herbs and sweet spices; and stuffed aubergine with green tomato chutney and hung curd with rice flour. Lesser-known gluten-free flatbreads will also be showcased, made using rice, jowar, and ragi flour.

Pali Hill is set to open in October and can be found at 79-81 Mortimer Street, London, W1W 7SJ.

Pali Hill’s underground cocktail bar, Bandra Bhai takes inspiration from the ring of smugglers that imported and dealt illicit goods while India had a closed economy. A playful tribute to the smugglers, the bar has been designed to reflect a front for these dealings, set through a hidden doorway in the restaurant cellar. A 40-cover bar space, Bandra Bhai’s cocktail menu has been designed by Luke Ridge (previously The Ivy Club and Dandelyan), set to “transform tales of India into contemporary cocktails”. ‘The Don’, for instance, is inspired by the Bollywood movie character’s love of whisky and spice, while the ‘Jimmy Jimmy Jimmy’ honours ‘the king of Indian disco’ in a drink with tropical flavours of coconut-washed rum and melon.

Bandra Bhai is set to open in October and can be found at 79-81 Mortimer Street, London, W1W 7SJ.

Having taken over the adjacent restaurant space, Milk Beach will relaunch this month. An all-day Australian restaurant, Milk Beach’s expansion will see an enhanced focus on evening service, with a new dinner menu from Head Chef Darren Leadbeater. Drawing inspiration from cultures making up modern, coastal Australian cuisine, the menu will include the likes of squid ink tagliatelle with Cock crab and tomato fondue; and koji-marinated chicken ‘Schnitty’ with fermented chilli mayonnaise. The restaurant’s all-day brunch menu will also include dishes such as folded eggs with Vietnamese crab curry on house-made crumpet; sourdough English muffin with XO confit duck, Korean coleslaw and fried egg; and soba noodles with confit salmon and bacon dashi. Milk Beach will also serve a list of natural wines, cocktails and beer on tap. Coffee will also continue to be roasted weekly, sourced from around the world and traceable to the farm or cooperative.

On the relaunch of Milk Beach, Founder Elliot Milne said: “Lonsdale Road is such a unique destination in London which is only going to get better over time, we couldn’t pass on the opportunity to expand the restaurant and our outside area, and grateful to be in a position to do so. We’ve always wanted more space, especially a bigger kitchen, and this will allow Darren, our brilliant Head Chef, to showcase his Australian inspired dishes with new dinner and brunch menus.”

Milk Beach is set to open in October and can be found at 19 Lonsdale Road, London, NW6 6RA.