When opening a new restaurant in an area that’s surrounded with competition, balance between the space’s food and ambience is of immeasurable importance. Instead of contrasting with harsh discordance, each of these elements are (generally speaking) best when purposely designed to intricately work in harmony with one another, but without being too overworked. Chef Shaun […] 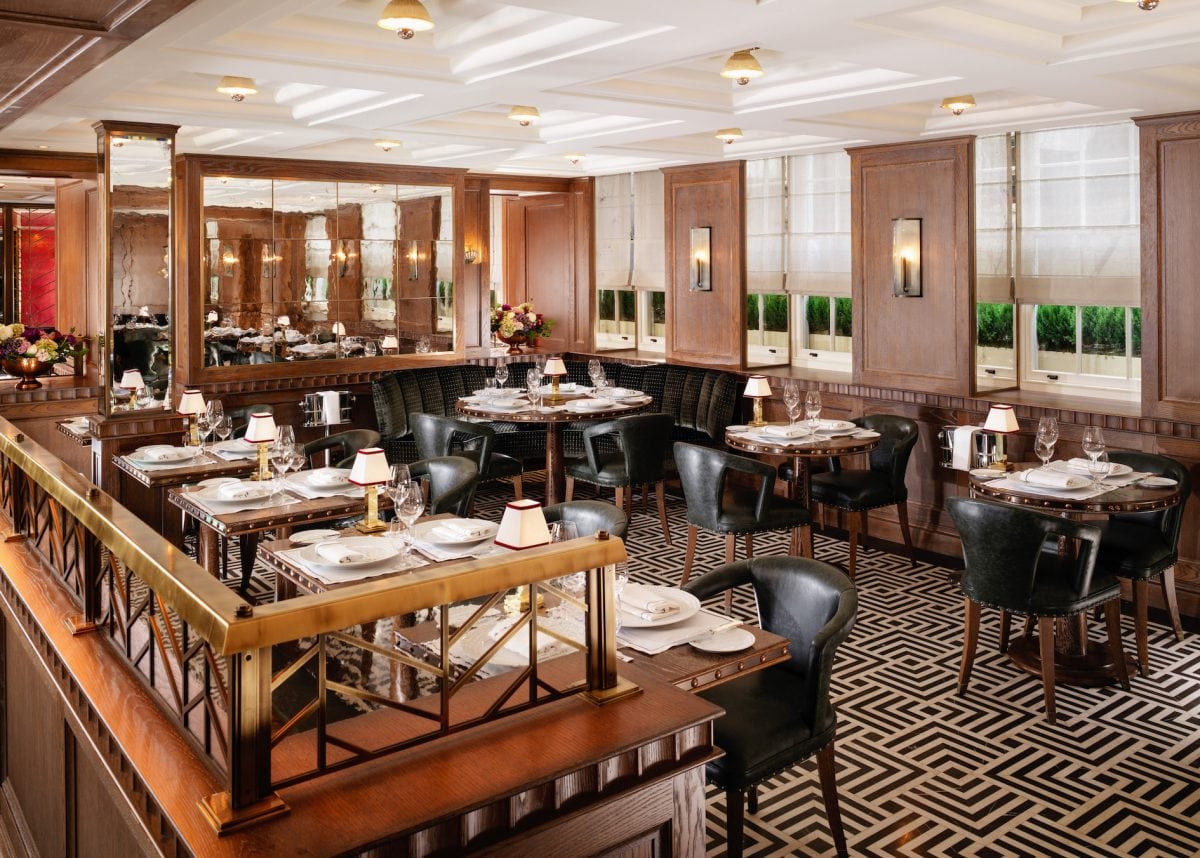 When opening a new restaurant in an area that’s surrounded with competition, balance between the space’s food and ambience is of immeasurable importance. Instead of contrasting with harsh discordance, each of these elements are (generally speaking) best when purposely designed to intricately work in harmony with one another, but without being too overworked.

Chef Shaun Rankin’s Ormer in the basement of Flemings’ Hotel in Mayfair, for instance, is a prime example of a new restaurant to strike that balance with resounding success. Although not particularly trendy and a somewhat stuffy, the dining space and overall experience at Ormer is perfectly matched to the refined food that’s on offer. With heavy art deco leanings, mirrored columns and bold geometric floor tiles are joined by velvet blanquettes. While there are no table cloths here, there’s an inescapable air of luxury that’s redolent of the 1920s ‘Jazz Age’.

As for the food, it’s no surprise that the main focus here, like Rankin’s Jersey restaurant of the same name, is a tribute the Channel Island’s magnanimous coastline. We begin with a dish of eel, surprisingly sourced from England, as opposed to Dutch which is far more common and cheaper. This is served with a glass of sake, complementing the smokiness of the dish, and is just one of the Sommelier’s brave choices (the other being an English red paired with Dover sole). Strips of the smoked fish are latticed with charred batons of cucumber, cutting through the richness of the eel but without diminishing the flavour. A heavy-handed smattering of ‘horseradish snow’ is spooned onto the plate table-side, but apart from adding a contrast in temperature, the flavour of horseradish is strangely subtle and seems out of place, bringing little to the dish in terms of flavour. Better is the lobster ravioli, starring one large parcel of sweet shellfish encased within thin pasta. This sits in a pool of astounding lobster and lemongrass bisque, while a salad topping of raw shallot flecked with coriander brings bitterness to the dish, contrasting the lobster’s sweetness and delivering a well-tuned balance of flavour.

Alas, of each dish sampled here at Ormer, the Dover sole is the least impressive. A beautifully cooked tranche of fish, nonetheless, is served away from the bone on one half of the plate. The sole is swamped with a sauce that’s so bold with the taste of under-cooked shallots, it ends up tasting like a mass produced tartare sauce, removing the focus from the perfectly cooked fillet. Even more curious is the implement of smoked salmon ribbons that grace the other side of the plate. Both oily and well-seasoned, the salmon is remarkable, yet alongside a take on Scotch quail eggs that’s free from sausage meat, its placing is bizarre – almost like a starter and main course sent out on the same plate.

Another dish of two halves, Presa of Iberico pork (a cut from the shoulder of the pig) is served alone within a silver dish. Unsurprisingly, the pork is cooked exceedingly well – fearlessly served pink, as it should be – with a paprika marinade seeming to add a rich crust to the pork. This part of the dish is sensational, yet it is the accompanying plate of slightly overcooked calamari and nashi pear which seems completely unnecessary as an addition. We finish with a dessert of chocolate brownie, that’s more like a rich mousse, and a cherry soufflé that’s thankfully worth the fifteen-minute wait. Faultlessly formed and risen in a perfect cylinder, the soufflé has a light centre and potent taste of cherry that’s not lost to the egg white, or with the dish’s elegance. This is accompanied by miniature black forest gateaux that’s sweet and also executed quite remarkably.

Although some of the dishes served here are, frankly, baffling – there’s no lack of skill demonstrated here. The fish cookery is of an incredibly high standard, as expected, the wine pairings are brave and proficient. Combined with the efficient service and prominent focus on produce from the sea, Ormer is a welcome addition to Mayfair’s well-populated dining scene.

Ormer can be found at Flemings Hotel, 7-12 Half Moon Street, London, W1J 7BH.