Have you ever been to a high-rise restaurant so bad, so incomprehensibly grim, that you’ve genuinely considered jumping from the top floor, if only to spite them? Madison, owned by D&D London, is a rooftop restaurant and bar on the top of the One New Change shopping centre in the heart of the city, boasting […] 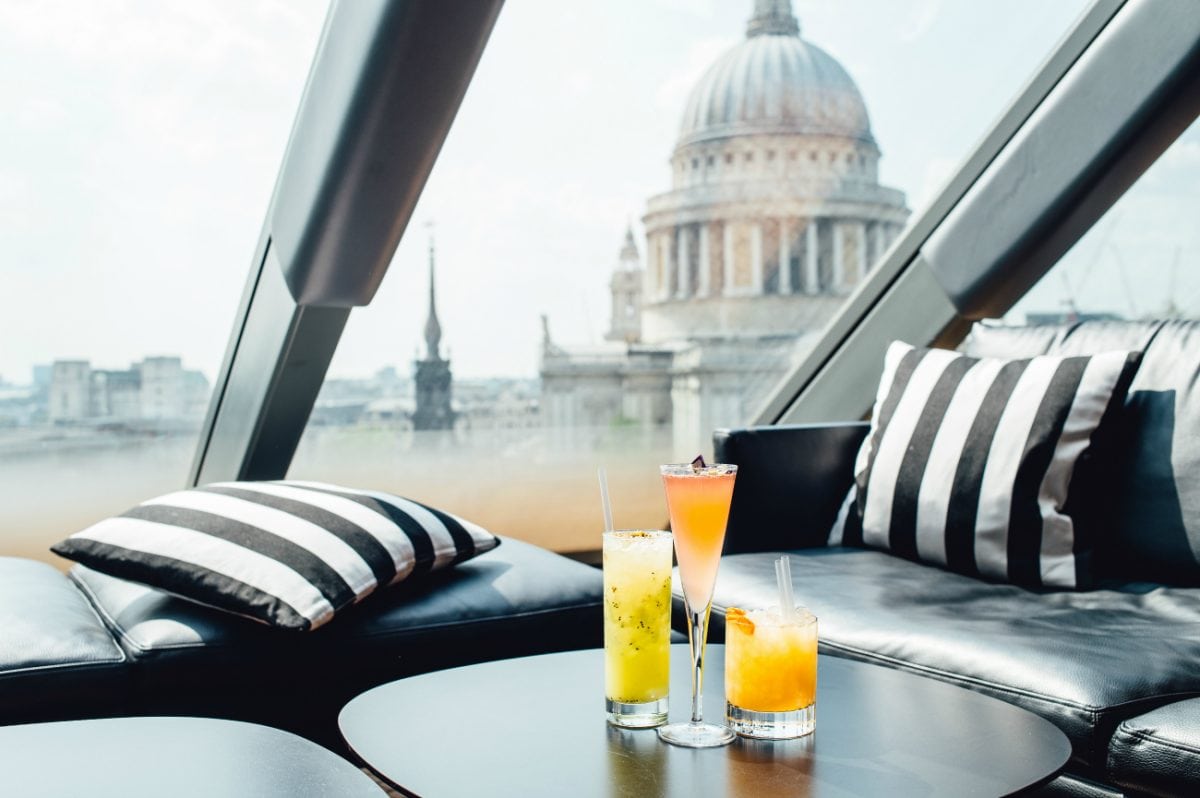 Have you ever been to a high-rise restaurant so bad, so incomprehensibly grim, that you’ve genuinely considered jumping from the top floor, if only to spite them?

Madison, owned by D&D London, is a rooftop restaurant and bar on the top of the One New Change shopping centre in the heart of the city, boasting astonishing views of nearby St Paul’s Cathedral. It is less of a restaurant than a place to grab an after work drink and bite to eat, dressed up in your best t-shirt and trainers because you never know who you might meet. Generally speaking, the clientele is largely made up of selfie-obsessed women and Merchant Bankers. It is a real-life version of Tinder, but without the useful phone app; a knocking shop with a kitchen.

We arrive on time for our 7pm reservation, only to find a 20-minute queue for the lift (the only means of accessing the top floor). When we do eventually approach the front of the queue, a pompous reservationist asks how he may help? Initially he ignores us, then informs us that we are late. To this I could only reply, “well if you would let more than two people into the lift at one time, or had a staircase – we would have been on time.” Upon finally reaching the restaurant reception, we’re reprimanded for being late, once more, and informed that the table would now only be available for just one hour and forty-five minutes. On reflection, that is still one hour and forty-four minutes longer than I’d like to have spent at the table.

Inside, the restaurant dimly lit and has a ‘live’ DJ playing music from his laptop that’s loud enough to wake the dead. But what’s immediately baffling is that all of the tables are placed as far as possible from the floor-to-ceiling window that overlooks the restaurant’s unique selling point – the view. Shortly after ordering and visiting the Gent’s, which is equipped with a security guard and taps so modern that you’ll need a degree in computing to work them, the food begins to arrive. To start, poppy-seed coated baguettes are fine, but the addition of truffle within the butter is not only overbearingly unpleasant, it is ludicrous.

A snack of buttermilk fried chicken (£7) boasts four crispy strips so overcooked, so over-seasoned they taste as though bought from Iceland (the supermarket, not the country), but are not as tasty. The restaurant’s take on romesco sauce (£6), on the other hand, is served with seeded crackers and tastes exactly like cold condensed tomato soup: the sort that’s iconic when screen printed, but isn’t fit for human consumption. Half an hour drags by and the main courses are plonked onto the table before the starters arrive. These are then taken away until we wait another ten-minutes for the starters. Lavender seared venison loin (£13) is carved into paper-thin slices and overwhelmed by a pandemic of lavender. The meat tastes like the smell of a pensioner’s underwear drawer and is topped with heavily salted figs, blue cheese and overly sweet walnut praline. All of this is topped with a fistful of watercress leaves so bitter it’s as though they’ve been dressed with a can of cheap hairspray.

Even worse is a starter of scallops baked in the shell with carrot puree and bacon (£12), which is served on a slate. Sadly, the slate is not even the worst part of the dish. Three plump scallops are cooked through, although completely free from any delicious caramelisation, but they smell like smoked kippers that have been fermented on a car windscreen in the middle of July. Furthermore, they taste as though caught by fisherman on board the Titanic.

Squab pigeon smoked with thyme and rosemary (£24) arrives on a chopping board. The meat, itself, is served within a cast iron pot atop a nest of steel wire, and has an unpleasant taste that we’re both unable to confidently identify. The pigeon almost tastes as though it has been cooked in petrol and garnished with fronds of singed Christmas tree. What’s more, the meat is not served rare, as requested, but is verging on well-done. It seems very much as though the poor bird has died twice, once in the pre-production phase then once again in the kitchen.

On the other side of the table, a skewer of monkfish, prawn and tuna (£28) is carved at the table like a fancy version of a doner kebab. Like the scallops, the monkfish tastes as though caught before I was born, but the tuna is quite delicious and two huge prawns are cooked satisfactorily. Yet the accompanying pot of black garlic-infused mayonnaise has an overbearing flavour of yeast, almost like Marmite.

More yeast comes with a dessert of yeast parfait (£7), which is the only dish served on a plate (juxtaposed to a board, slate or wooden basket). Again, this tastes like Marmite – hate it or love it. We both hate it. Conversely, baked camembert (£8) is the best savoury dish sampled here, even though the top layer of rind is somewhat burnt. Nonetheless, accompanying slivers of quince jelly (like pear fruit pastilles) provide a happy ending, at the very least.

Like the rest of London’s sky-high restaurants, it’s the view that’s the main draw here. Alas, unlike so many of the city’s other high-rise restaurants – the obstructed view from Madison is the restaurant’s sole redeeming quality.