Operating from a site towards the Regent’s Park end of Great Titchfield Street, Mac & Wild’s first bricks and mortar site is possibly the most honest restaurant I’ve ever visited. Stylised as a Scottish restaurant but without any gimmicky tartan check, bagpipes or tam o’ shanter caps, Mac & Wild has a prominent focus on […] 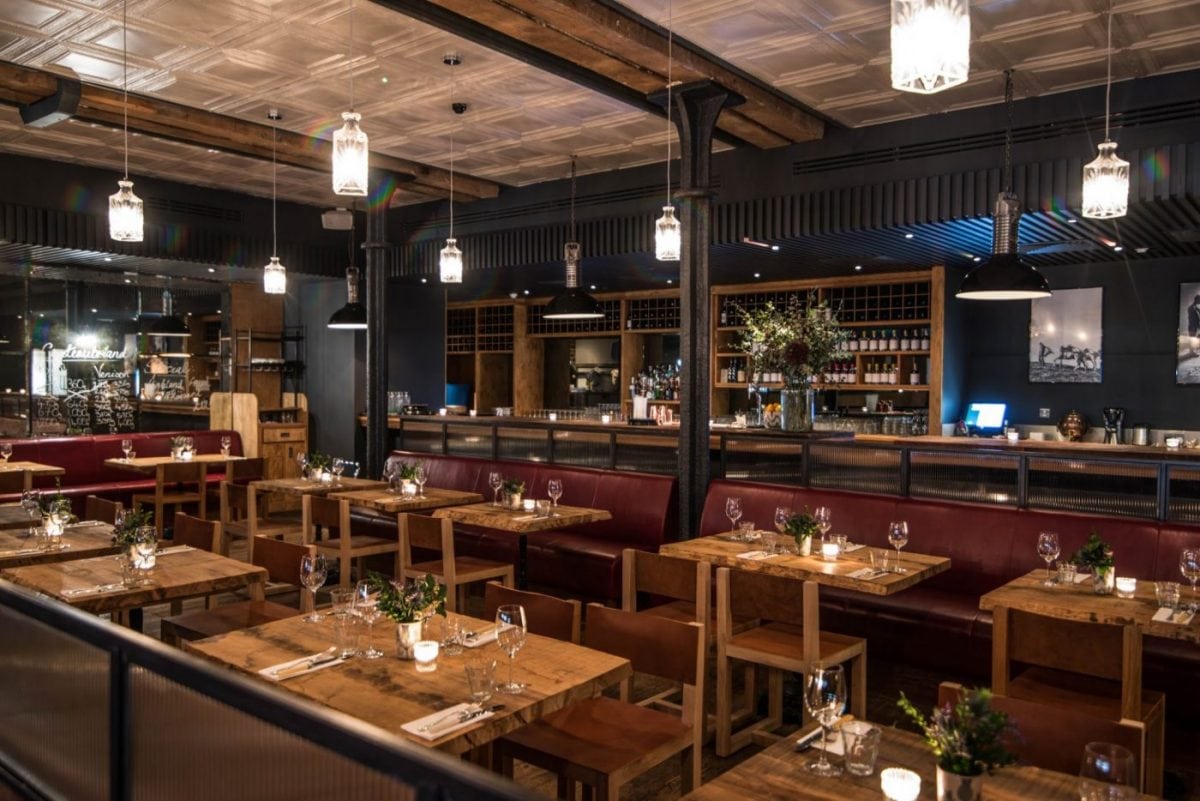 Operating from a site towards the Regent’s Park end of Great Titchfield Street, Mac & Wild’s first bricks and mortar site is possibly the most honest restaurant I’ve ever visited. Stylised as a Scottish restaurant but without any gimmicky tartan check, bagpipes or tam o’ shanter caps, Mac & Wild has a prominent focus on game meats (sourced from Ardgay Game, run by the restaurant founder Andy Waugh’s Father and Brother), and serves enough whisky to wash an elephant.

And following the success of the first permanent site, a second Mac & Wild has opened near Liverpool Street Station (taking over the venue that once housed Hix City) – bringing the restaurant to East London. Inside, the décor is very similar to that at the Fitzrovia restaurant (natural wood flooring and tables, blood red leather seating), plus there’s a new Gun Room downstairs. The pine tree-decorated shooting range intends to transport diners to a shoot in the Scottish Highlands with a virtual shooting range that connects the experience with the game meats served upstairs. It’s less Donald Trump than it sounds, I’m assured, but it’s too oversubscribed during our visit, which is probably for the best after having drunk so much.

We begin the meal with a round of Irn Bru daiquiris. On paper, the cocktail is everything that I avoid in a drink, but against all odds it’s actually quite pleasant. Fortunately, the Irn Bru prevents any overwhelming sweetness from coming through. The drinks are quickly followed by snacks of fish bites and haggis pops. Nuggets of breaded fish with tartar sauce taste exactly like a refined version of McDonald’s Filet-o’-Fish, but without the arid shrunken bun – which is a good thing, obviously. Haggis pops, however, are the best starter eaten. Bites of exceedingly rich, soft haggis are covered with heavily seasoned bread crumbs and fried, accompanied by a Red John sauce of Dijon mustard and redcurrant jelly. This is drinking food of the very highest order.

More haggis comes with an insalubrious side of haggis macaroni and cheese. Unlike so many other reworks on the classic comfort food dish, adding additional ingredients, this is actually very good. Tubes of al dente, molten cheese-soaked macaroni are spiked with fistfuls of decadent haggis, lending an intense depth of comfort food asininity to the dish. It’s that rare sort of dish that makes me feel happy to be alive.

Deep fried pheasant is cut into strips and has a coating conspicuously similar to Colonel Saunders’ 12 secret herbs and spices. The taste is fine, but the bird is, by no means, served pink, as the waiter divulges. Better is the venison chateaubriand, a cut from the fillet usually intended for sharing. Like everything else, this is served on a chopping board but is cooked perfectly. Charred on the outside, generously seasoned and sliced to vaunt the blushing magenta inside – this dish makes brilliant use of the leanest, generally most unexciting cut of the animal.

We finish with an ice cream sundae to share, but ask for the vanilla ice cream to be substituted with a scoop of the peanut ice cream that’s available on its own. The chocolate sorbet is fine, but scoops of peanut butter and hard-hitting Islay whisky ice cream are what make this simple dish absolutely glorious. A true celebration of Scotland’s remarkable natural larder, Mac & Wild City serves great comfort food and staggeringly good drinks, with a strong selection to choose from. The staff, on the other hand, are friendly and helpful enough to rid the atmosphere of any stuffiness.

Mac & Wild City can be found at 9A Devonshire Square, London, EC2M 4YN.