Synonymous with the city of Lucknow in North Indian State Uttar Pradesh, Awadhi cuisine arose during the 18th Century rule of the Mughal Empire. Originally inhabitants of Persia, the Nawabs (emperors) of Awadh were used to a certain type of diet – largely composed of grains, dry fruits and vegetables – so trained royal chefs […] 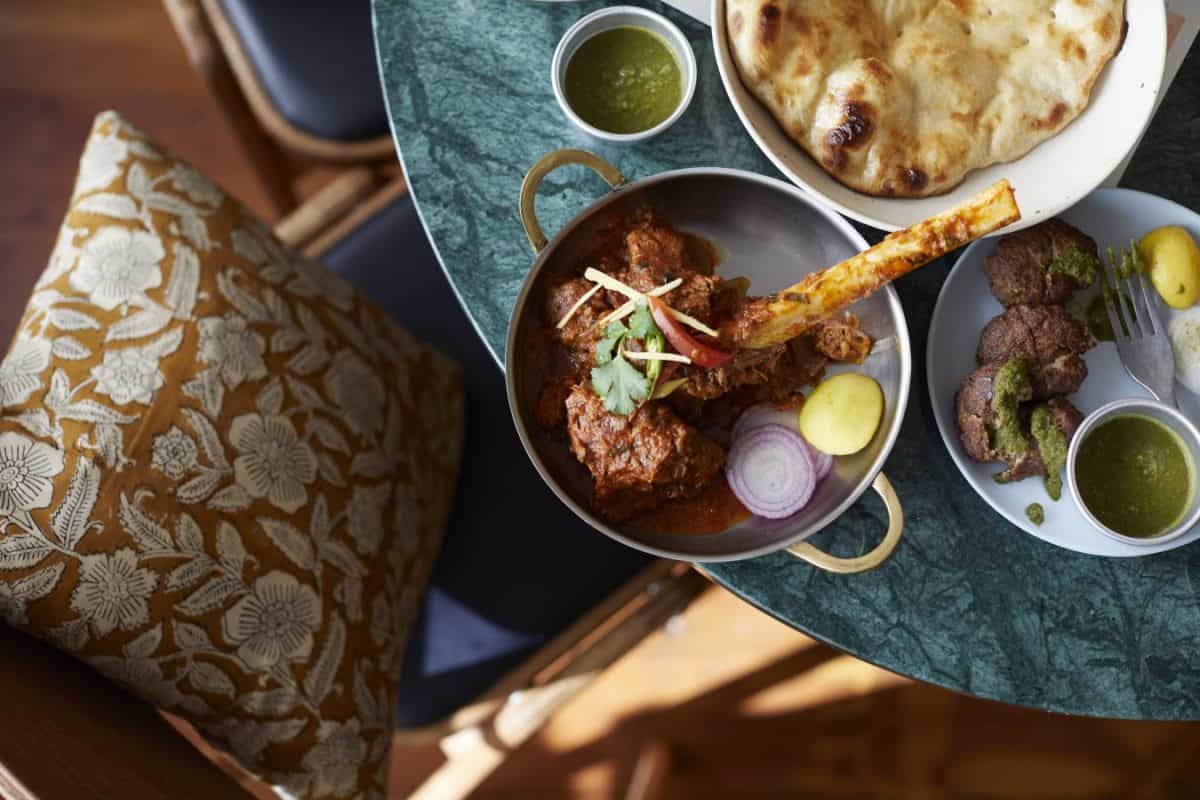 Synonymous with the city of Lucknow in North Indian State Uttar Pradesh, Awadhi cuisine arose during the 18th Century rule of the Mughal Empire. Originally inhabitants of Persia, the Nawabs (emperors) of Awadh were used to a certain type of diet – largely composed of grains, dry fruits and vegetables – so trained royal chefs to incorporate these ingredients into their dishes, thus setting the benchmark for a distinctively aromatic cuisine. As well as utilising intricate spice blends, ‘Dum’ (slow) cooking is also an important pillar: initially adopted as a means of convenience, with Mughals able to dig a hole in the morning and to slow cook food in it, unaccompanied, before returning to eat after battle.

While Indian food is often cited as Britain’s favourite international cuisine, the country’s regional varieties have only begun to be explored in UK restaurants within the past decade or so. Generally speaking, Awadhi cuisine remains unfamiliar to most Brits, even though most of our take-away favourites originate from the area – namely biryanis and kormas. Kebabs are also some of the most famous foods originating from Lucknow, with a wide variation available – the most famous of which is the seekh kebab. One restaurant championing Awadhi cuisine, however, is Lucknow 49, a new opening from Dhruv Mittal, founder of DUM Biryani House in Soho.

Joining two new high-profile Indian restaurants on Maddox Street (Bombay Bustle and Atul Kochhar’s Kanishka), Mittal aims to set Lucknow 49 apart from his neighbours by championing Awadhi cuisine, showcasing a collection of recipes inspired by his time spent travelling Uttar Pradesh. Moreover, unlike many Mayfair restaurants, Lucknow 49 also has a distinctive focus on accessibility, aiming to cut the average spend per-person to around £35 from the neighbourhood average of at least £70. While much of the cooking here is slow, service is sharp: warm and cheerful in keeping with the homely décor. Bright, patterned wallpaper joins vibrant wall hangings and cushions, green (unclothed) marble table tops and framed photographs of Lucknowi nobles.

A recent dinner began with a Bhavbini (£10) – the restaurant’s play on a Negroni, using Jaisalmer Gin distilled in Uttar Pradesh and switching Campari for artichoke liqueur for a sweeter variation on the Italian classic. A lunch specialty in Lucknow, allegedly created exclusively for a toothless nawab, three galawati kebabs (£9) were intentionally soft, featuring minced beef embellished with over 50 dry spices, pounded and fried – their flavour enhanced further by a punchy green sauce rampant with chilli and coriander. Zaffrani murgh tikka (£8), on the other hand, featured a trio of chicken thighs marinated in cream and saffron then cooking in a tandoor: technically fine but somewhat less endowed with flavour.

Also boasting an outstandingly balanced blend of spices, with no single flavour dominating considering the borderline excessive number of spices used, Lucknow 49’s biryanis are a menu highlight. The Awadhi goat biryani (£14), for instance, featured rice generously flavoured with saffron, rose water and pine essence alongside a “perfume” made with roots of several undisclosed flowers and seeds, which gave the entire dish an attractive whiff of Tom Ford’s Grey Vetiver, aggrandised with generous hunks of slow-cooked goat.

Further slow-cooking enveloped the dum ka quail (£12) “cooked using its own steam”. Unsettling menu descriptions aside, the entire bird was well-cooked and served in a pool of rich, orange sauce demanding to be mopped up with shreds of layered Gilafi kulcha bread (£4). You may wish to order an extra kulcha to accompany the subtle-yet-sating dhal makhani favouring green moong lentils (£7); and the gloriously insalubrious lamb trotter stock in which a taar gosht lamb leg is cooked for 12 hours (£16). Rich, tender and generously spiced, the curry is the undisputed highlight of dinner at Lucknow 49 – a charming restaurant championing Awadhi cuisine in an area of London already saturated by impressive Indian restaurants.