By Jonathan Hatchman, Food Editor, @TLE_Food Originally opened as a pop-up in Chelsea, Kurobuta is the brainchild of Australian chef Scott Hallsworth, showcasing his obsession with Japanese food. And since the initial setup, the pop-up has become permanent and is joined by another restaurant near Marble Arch, followed by another which opened at the end […] 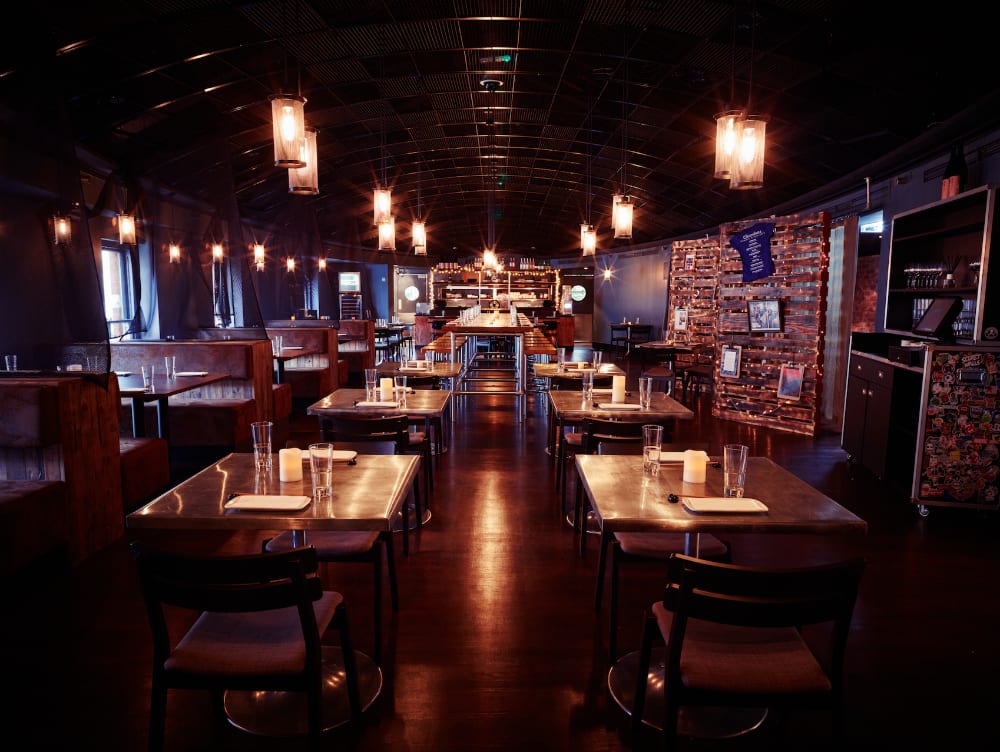 Originally opened as a pop-up in Chelsea, Kurobuta is the brainchild of Australian chef Scott Hallsworth, showcasing his obsession with Japanese food. And since the initial setup, the pop-up has become permanent and is joined by another restaurant near Marble Arch, followed by another which opened at the end of last year – joining the likes of Yo! Sushi, Burger & Lobster, and Polpo – taking over a sizeable portion of the fifth floor at Harvey Nichols.

All too often, these type of Pan-Asian restaurants set up by non-Asian chefs become unmitigated tragedies and overrated disasters – but with Hallsworth having spent plenty of time working in the kitchen at the likes of high-end celebrity frequented Nobu, expectations for Kurobuta were always going to be high. Inside the Harvey Nichols outpost, an Izakaya (not too dissimilar from a Japanese pub) theme is omnipresent, featuring chic bare-brick walls that are joined by hardwood flooring, an open kitchen, a photo booth, and not a tablecloth in sight. This all contributes to a very casual setting, punctuated by a soundtrack of mainly rock music that wasn’t too ear-splittingly loud during our lunchtime visit, very fortunately. In fact, the atmosphere is remarkably refreshing, a far-cry from Nobu, and overall considerably enjoyable. As far as the food is concerned, the cooking is taken very seriously, prior to what the menu and daft headings such as ‘Junk Food Japan’, ‘Significant Others’, and ‘Something Crunchy’ seem to suggest. What’s most apparent within almost everything we ate is the particular emphasis on bold, complimentary flavours, with an innovative flair and strict precision, as is very common with Japanese cooking.

The ‘Japanese Junk Food’ section of the menu, is perhaps the most innovative and what sets Kurobuta apart from the competition. Somehow the chef has successfully managed to combine the clean, fresh flavours associated with Japanese cuisine with trendy ‘dirty’ comfort food. The prices, nonetheless are far from those expected from the junk food we’re used to in the UK. Wagyu beef sliders, two for £17, featured pillowy steamed buns filled with tiny patties made from expensive Wagyu beef. The bite-sized burgers are fine, although given the fact that Wagyu is so prized for its texture, a texture that is all but lost in the mincer, a cheaper cut of beef would have been sufficient, ideally resulting in something that costs less than £4.25 per bite. The real star of the dish, however, was the umami mayo – a secret recipe that’s made from around 20 different ingredients. Better was the tuna sashimi pizza (£12), a delicious example of unexpected harmony. Both utterly original and texturally sensational, a disk of fried tortilla was topped with slivers of fresh, raw tuna and finished with wasabi infused flying fish roe that offers an element of heat, truffle ponzu sauce, and a smattering of sesame seeds. The combination of flavours and textures made for one of the most unexpectedly brilliant dishes I’ve ever had the joy of sampling, and the displeasure of having to share.

From the ‘Cold/Raw/Salad’ section of the menu, a plate of beef Tataki (£13) was also enjoyable, comprising paper-thin slivers of lightly seared beef fillet, topped with tasty garlic crisps that add to the overall texture. Alas, a heavy handed use of onion does prevail. The onion ponzu dressing was reasonable, but the garnish of chopped onion and spring onion would not have been sorely missed. Elsewhere, a selection of tempura shrimp (£11) was perfectly satisfactory, coated in a light batter and dressed with a spicy, yet unaggressive, mayonnaise. It’s the fried noodles that take on the texture of French Fries crisps crossed with polystyrene chips that were, conversely, the most amiably intriguing component. A tranche of sea bass (£18) roasted in kombu (an edible kelp) was well-cooked, and well-priced, but lacked the flair delivered with each of the other dishes sampled, especially considering it was the most expensive. Miso grilled aubergine (£9.50), nonetheless, was served as a pre-dessert of sorts, offering an abundance of flavour. Cooked to the point of collapsing on the plate, the sweet sticky chunks of vegetable were served with a smattering of candied walnuts and a honey-like sauce to add a discerning, albeit welcome, sweetness to the dish. Whoever thought that aubergine could taste so good? To finish, another triumph came in the form of dessert: writing off my companion’s underwhelming yuzu pot, let down by a sake ice cream that tasted like festering cheese and little else, my “Honey & Pistachio” (£8.50) delivered an onslaught of complimentary flavours. Combining subtle honey ice cream with the most mouth-wateringly moist chunks of pistachio cake, crunchy honeycomb, and a surprisingly potent whisky jelly to add an unexpected slant to the grand finale.

It’s fair to say that Scott Hallsworth’s innovative cooking is unlikely to impress Japanese cuisine purists. Yet although expensive – around six sharing plate sized dishes are suggested between two, or more if you’re particularly hungry, thus amounting to a bill of around £125 – the food at Kurobuta is by and large some of the most congenially memorable, and supremely exhilarating that I’ve eaten in quite some time.