Nestled in the North of Spain, bordering the South West of France, the Basque region’s cuisine has seen a meteoric rise in popularity over the past eleven months, and what’s more – the trend is showing no signs of slowing down. One of the Basque-inspired restaurants to have opened this year is the first London […] 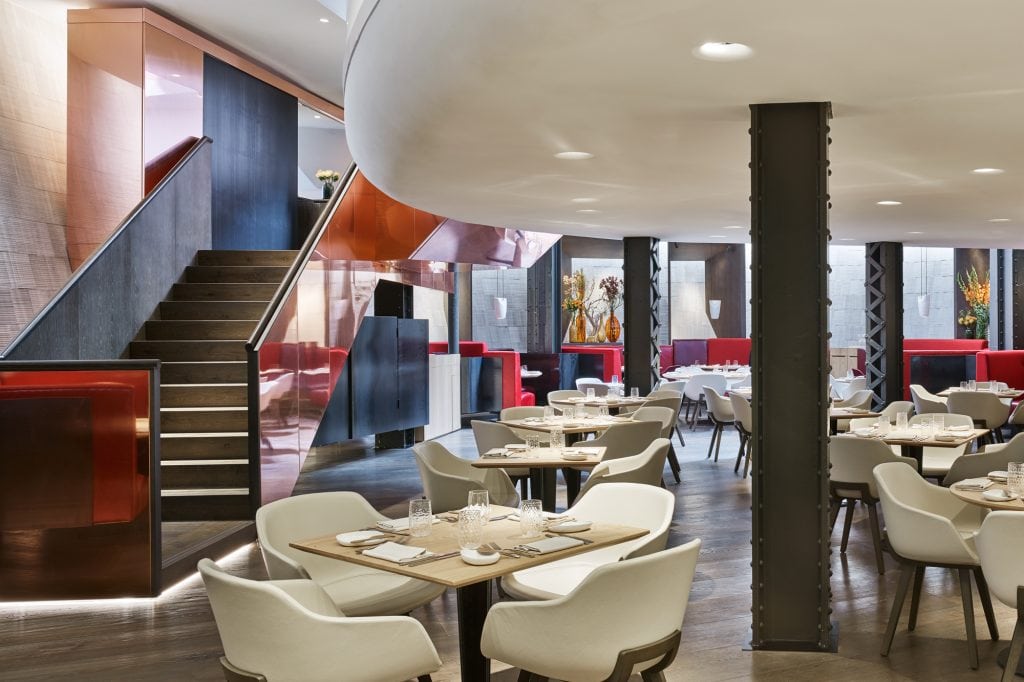 Nestled in the North of Spain, bordering the South West of France, the Basque region’s cuisine has seen a meteoric rise in popularity over the past eleven months, and what’s more – the trend is showing no signs of slowing down.

One of the Basque-inspired restaurants to have opened this year is the first London restaurant from Eneko Atxa, the three Michelin-starred chef behind Bilbao’s Azurmendi. Although Eneko at One Aldwych does bring the chef’s cooking expertise to the Capital, this restaurant is a very different entity to Azurmendi and makes no qualms about making those differences clear. Here, the food is generally very good and is also reasonably priced, the service is fortuitously friendly and unstuffy, and the general atmosphere is surprisingly unpretentious, so much so that it’s easy to forget that the window-less restaurant space is in the middle of a fancy Central London hotel.

Although the qualities that lend Azurmendi its Michelin stars are purposely absent, the devil is in the detail for as far as the food is concerned. First, the crustiest of bread was joined by a noteworthy dish of butter with chives, smashed together at the table, soon followed by coupes of sweet-spicy Bloody Mary cocktails made with the juice from golden tomatoes. Next, both starters were served with a theatrical charm and eccentricity, although nothing detracts from the expertly paired flavours presented. ‘Memories of the Bay of Biscay’, for instance, came out on a grate topping a bed of seaweed covered dry ice, transporting the diner to the seaside with a pungent aroma that joins the assortment of seafood dishes. The oyster was meaty and fresh, although would taste better swallowed whole, without the need to bite into the less than pleasantly textured beast. A crab shell filled with shredded meat was heavily seasoned and favoured a fair portion of the dark (tastier) meat into the mix, while a wild prawn tartare proffered a gobbet of caviar so big that it looked as though a plump blackberry had been dropped onto the dish.

From the meat side of the starters menu, Eneko’s ‘Txerri Boda Pork Festival’ featured a buttery soft sweetbread in a slightly over-sweet glaze, a comforting slab of suckling pig tempura was not dissimilar to an upmarket spam fritter (albeit not disgusting) and a marvellous bun of milk bread was filled with oily, paprika-heavy chorizo. It is, in fact, heaven on a plate – well, a box with a lid in the shape of a pig’s head. The contraption is the sort of thing that I’d usually complain about had it not been a tribute to the Earth’s most versatile animal in culinary terms, and had the contents not made me want to order the exact same dish over and over again. Alas, the serving method of the mains would’ve have been better had they not arrived on propped up slates.

Questionable serving suggestions aside, a slab of Iberico pork presa from the pig’s shoulder was cooked perfectly to a degree of inner pinkness that so many chefs are afraid to present. This was perched atop a bed of wheat hydrated in a sauce of chickpeas and a decadent garlic cream working in unity with the slight smokiness of the pork. The duck dish was also served on a slate, annoyingly, though it can be forgiven (almost) given the fact that the duck, too, had been cooked perfectly, presented with some strips of julienne King Oyster mushrooms and petals of pickled red onion. Desserts, apart from the classic torrija are served from a trolley and were all prettily presented, including an apple mousse with delicate white chocolate – two surprisingly complimentary flavours.

Slates aside, the food at Eneko is generally very good and the general ambience is surprisingly comforting. The overall experience was so pleasurable, in fact, that I’ve already booked a table to return for dinner next month.