There are some 9,000 ‘curry’ restaurants in Britain, yet 99 per cent of them are cut from the same cloth. The Balti of Birmingham, the Tikka Masala of Glasgow and the onslaught of other salty, creamy dishes acting under the guise of ‘Indian food’ have created a unique Anglo-Indian style far removed from its country […] 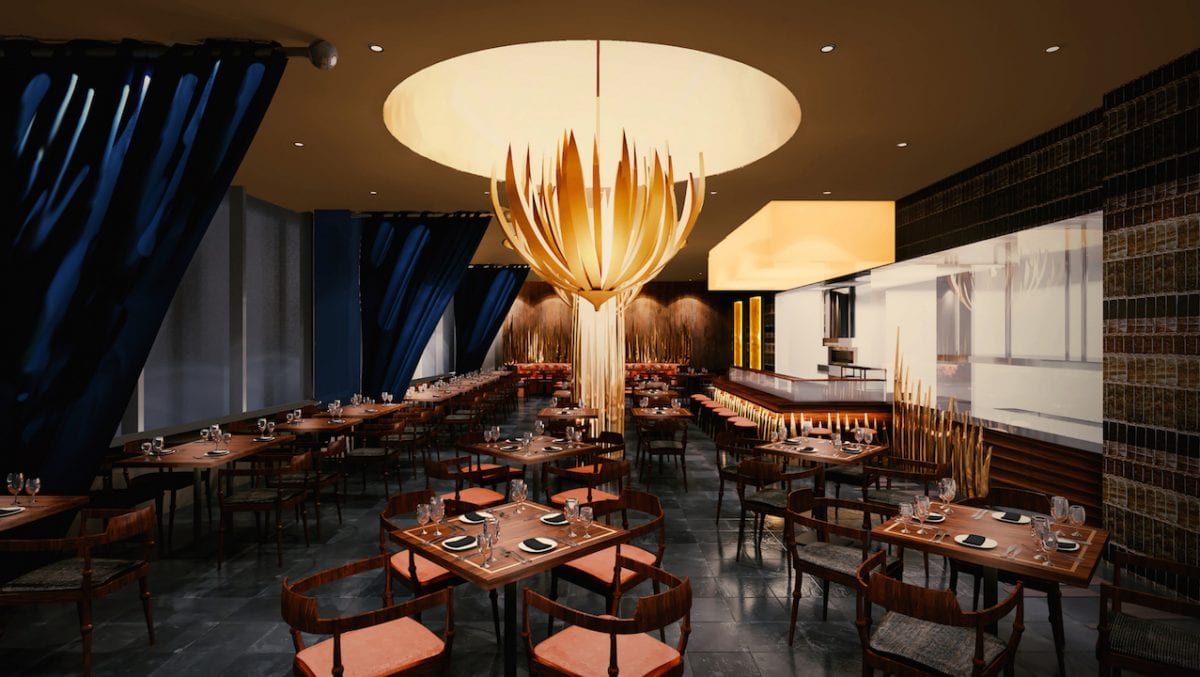 There are some 9,000 ‘curry’ restaurants in Britain, yet 99 per cent of them are cut from the same cloth.

The Balti of Birmingham, the Tikka Masala of Glasgow and the onslaught of other salty, creamy dishes acting under the guise of ‘Indian food’ have created a unique Anglo-Indian style far removed from its country of origin, but that could be about to change.

Britain is facing an unprecedented curry crisis as ageing chefs shut up shop at a rate of two restaurants a week, according to The Mirror, putting the traditional curry houses at threat. The Telegraph postulated that a new wave of experimental British Indian chefs and a desire to eat more healthily could be behind growing consumer confidence when it comes to curry. Brits have become “much more inquisitive” of late, Bobby Patel of Yorkshire’s beloved vegetarian restaurant Prashad said, “both the customers’ palate and understanding of the cuisine has evolved and this drives innovation and creativity”. So is it time to kiss goodbye to the korma and welcome Chaat and Dosa? It is according to Bobby, as it is to Abdul Yaseen, an award winning chef and modern Indian food connoisseur who is heading up Darbaar in Shoreditch. Part of the founding team of the iconic Cinnamon Club and with appearances on Hairy Bikers, Great Britain’s Best Dish and the Alan Titchmarsh Show, Abdul has brought a dining experience inspired by the banquets of the Indian Royal Court to London in a vibrant and relaxed setting. The Al a Carte menu is inspired. Salt baked beetroot and quinoa salad, Haryali spiced potato and date samosa chaat are among the starter list which, most importantly, is completely devoid of deep-fried onion bhajis and such. The chefs specials consist of baby aubergine with fat chillis and dried plum, spiced crusted sea bass with shrimp and baked leg of rabbit on the bone, a far cry from the lamb bhuna famed for its appearance in Peter Kay’s John Smith’s ads. And if it was in any way necessary to depart from the Anglo norm, a selection of wood fired nanza should give you a sufficient Indian twist. But if you feel overwhelmed by this depart from the norm, I recommend that you indulge in the culinary feast that is the Menu Daawat. To start a selection of the Hariyali date and somosa chaat, tandoori salmon tikka with kokum berries and sufiyani lamb seekh kbebab that whet your whistle for what’s to come. A Kadhai spiced paneer, Kerala spiced shrimp and Kasturi butter chicken steal the show for main course served with a selection of breads and pilau rice. A dessert of carrot cake, cardamom shirikhand and lemon figs adds an unusual but welcomed round-up to the meal, and the Royal India tea with naan khatai finished the job. Darbaar is a much-welcomed addition to the Indian restaurant scene in London. A stone’s throw from Shoreditch’s Brick Lane it departs from the carbon copy Anglo-inspired menus that litter mainstream restaurants and offers a refreshing taste of India. Highly recommended.