By Jonathan Hatchman, Food Editor, @TLE_Food It’s no secret that we Brits are extremely proud of our tried and tested queuing system. While there’s no set rule or law that requires us to spend life forming an orderly queue, we’re somehow born with an innate desire to follow societal norms, with queuing being amongst the […] 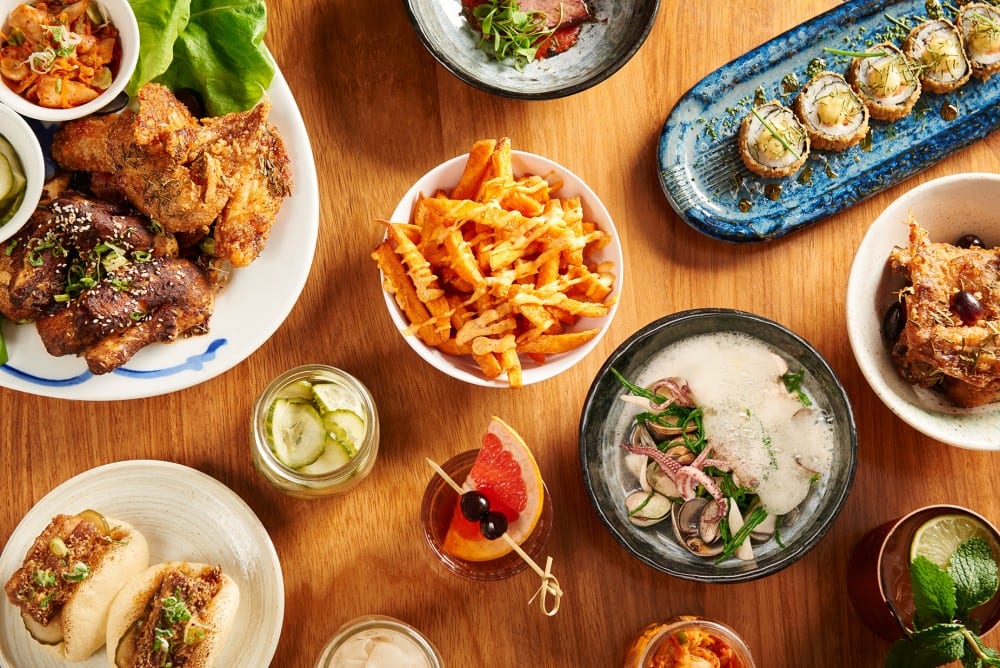 It’s no secret that we Brits are extremely proud of our tried and tested queuing system. While there’s no set rule or law that requires us to spend life forming an orderly queue, we’re somehow born with an innate desire to follow societal norms, with queuing being amongst the most popular, taking place multiple times on a daily basis. In many ways, the notion of queuing is magnificent: supermarket trips, for instance, are already stressful enough without having to partake in a raucous free for all in order to deal with the belligerent self-service robots. Having no choice but to queue for a table in a restaurant, however, is something that often becomes profoundly irritating. As is the case with trendiness, the most popular restaurants amongst food fanatics generally operate from the tiniest spaces, so minute that no-reservations policies are enforced and the only area in which to wait for a free table – let alone enjoy a pre-dinner drink – is the cold curb outside, frequented by a rapidly growing herd of disgruntled, hungry customers.

Central London’s Soho, in particular, is filled with these beacons for foodie indulgence. Home to the likes of Burger & Lobster, Flat Iron, MEATliquor, and more recent openings Hoppers, and BAO which has just enough enough to accommodate around 30 covers at a time. Last month I gave in to the stranglehold of no-reservation culture and visited the latter, strategically arriving at an anomalous lunch hour, allowing just enough time to fill up on Taiwanese street food fare before the restaurant’s closure, in order to prepare for the busy evening service. In all fairness, the food was brilliant – yet standing across the road on the corner of Lexington Street like overdressed prostitutes for half an hour was far less enthralling, as was the intermittent rain fall.

Bó Drake, is one these many small new restaurants in Soho, yet reservations are very surprisingly accepted. Opened last year, the space is presented as an ‘East Asian Restaurant’, set up by Jan Lee – formerly of Roka – in collaboration with Head Chef Heath McDonald who’s brought his experience of Californian street food trucks to the kitchen of Bó Drake – offering a menu that’s deeply rooted in various smoked meats. Since opening the food has often been described as a fusion of East Asian and Mexican flavours, however, though very few – if any – of the latter were apparent upon our recent visit. Inside, the décor is everything that’s expected from a trendy neo-Asian restaurant in London, frequented by just about every man with a beard, flannel shirt and bogus Brooklyn accent within a five-mile radius. It’s the bar space, nonetheless, that’s the main interior feature, providing a fair portion of the restaurant’s seating. What’s more, there’s also a selection of expertly crafted, well priced, cocktails on offer. A ‘Dr Jekyll & Hyde’ cocktail fused Japanese Hakushu whisky with plum wine, vermouth, jalapeño and ginger syrup, joined by plenty of smoke, managed to provide a perfect introduction to our tour through the menu.

As is the case with pretty much every new restaurant of this standard at the moment, almost all of the dishes are intended to be shared, as is demonstrated with the tea-plate sized servings. A dish of KFC (Korean fried chicken) presented a selection of well-seasoned, breaded chicken portions that were good but not astonishing. The accompanying needles of rosemary, however, delivered an interesting woody taste that made the dish taste particularly pleasant. Next, two fluffy steamed bao buns were stuffed with a hunk of pork belly, as good as the similar version served at BAO just around the corner, and there’s no need to risk catching hypothermia here just in order to take a seat. A sweet, fatty mound of slow-cooked pig was prevented from becoming insipid thanks to the marvellous use of pickled cucumber, adding a resplendent freshness to the dish. Sirloin Tataki was less remarkable, everything on the plate was fine other than the beef – reminding us of the reasoning behind the dish’s traditional use of fillet. Although expensive and the least flavoursome cut, the texture of fillet is best when served virtually raw, a texture that is not possessed by leathery slivers of minutely seared sirloin. Another beef dish, using the less popular tongue was far better. Pressed into a rich terrine, the texture and categorically offal taste is not for everybody, though having been cooked slowly overnight the dish boasted a tenderness that’s particularly rare with this particular cut. A relatively new addition to the menu was the most exciting by some distance: an edamame pancake was not dissimilar to a thin pea fritter, though the topping of sweet sour kimchi and mounds of melted cheese made the dish gloriously comforting, almost like a modern Japanese interpretation on cheese on toast, perhaps?

The overall experience here is generally enjoyable, though the food is fine, it’s the particularly exciting drinks, and the sheer fact that Bó Drake take reservations, that will most likely inspire customers to return.