At the beginning of each week, renowned chop restaurant Blacklock hosts Butcher Price Mondays: an incentive to lure customers with outstandingly reasonable large cuts, ultimately filling seats on the quietest night of the week. Large cuts are priced at £5 per 100 grams, rather than between £5-7. A porterhouse steak, for instance, costs £5 per […] 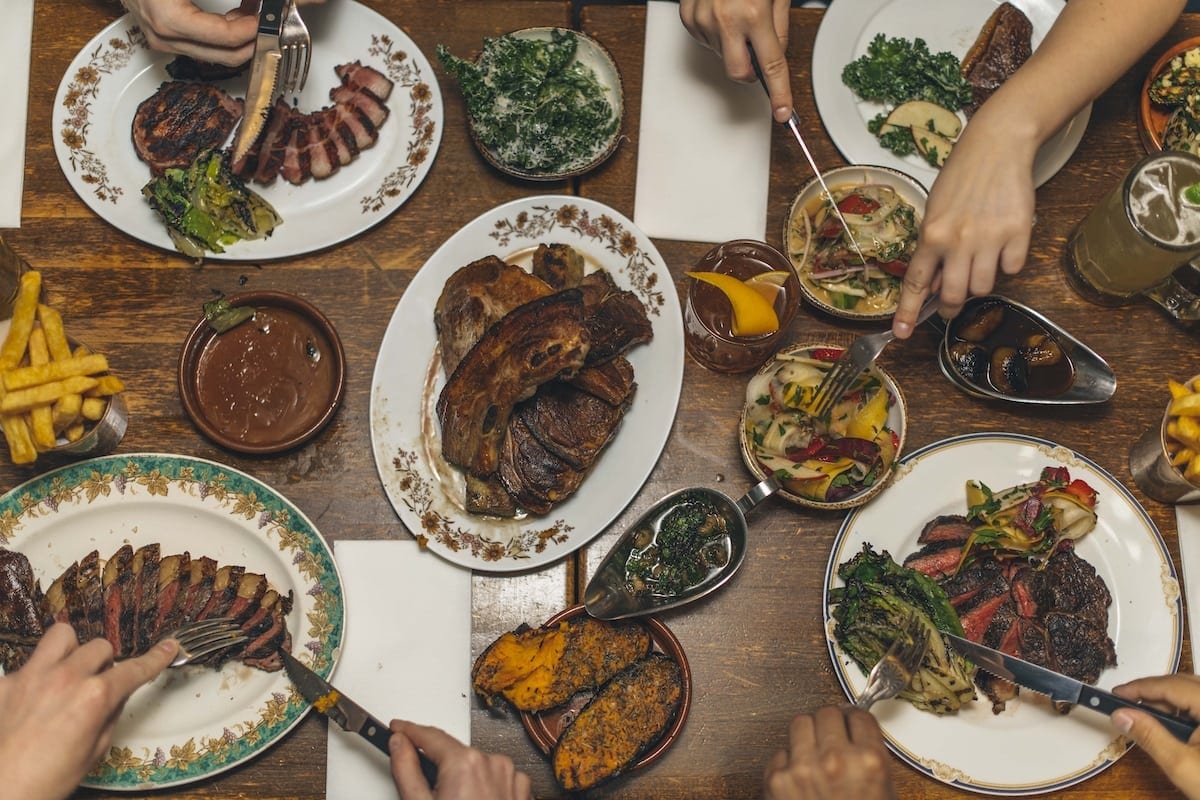 At the beginning of each week, renowned chop restaurant Blacklock hosts Butcher Price Mondays: an incentive to lure customers with outstandingly reasonable large cuts, ultimately filling seats on the quietest night of the week. Large cuts are priced at £5 per 100 grams, rather than between £5-7. A porterhouse steak, for instance, costs £5 per 100 grams compared to £9.50 at Hawksmoor. This is just one of the strengths that has steadied Blacklock in the choppy waters of restaurateuring in 2018, with so many openings suffering the plight of aggressive gentrification and recurrent no-shows.

Besides, with the Soho and City restaurants having become so genuflected, a third site has recently opened, taking over a large space on Rivington Street in Shoreditch. “It’s busy tonight,” I remark as a particularly smiley fills our water glasses. “I’m sure it’ll pick up,” he replies, suggesting more than three quarters of the tables are usually filled by seven o’clock on cold Monday evenings when most would rather stay at home. Occupying a former furniture factory, the restaurant is low-lit, cavernous and fruitful with dark wood, exposed brick work and cast iron fixtures against sleek black leather seating. In the centre of the dining room, a column showcases chalkboards scrawled with large chops and available sizes. Music is loud (with a soundtrack rooted in 1980s smash hits during my dinner visit), yet contributes to the joyous, unpretentious atmosphere alongside genuinely warm – albeit unfussy – service.

Given the venue’s size, a dedicated bar area greets guests, with a cocktail list created in collaboration with New York bar, Slowly Shirley. A range of Blacklock beers are also served: the cherry sour beer is an absolute must-try for fans of the style, or those interested in veering from typical lagers or IPAs. As for the food, the menu is much the same as at the other two sites, adhering to a tested formula of robust, meat-focussed simplicity. All meat is sourced from Phillip Warren, Cornwall’s oldest third-generation farmers and butchers, established in 1880, with a prominent focus on chops cooked over charcoal, seared with antique Blacklock Foundry clothes irons. In addition to the a la carte menu, Butcher Price Mondays and the much adored Sunday roasts, the new Blacklock continues to offer the all-in option for £20 per person: proof that money really can buy happiness.

‘All-in’ begins with a trio of pre-chop bites: dainty, circular crisp breads topped with ingredients harbouring contrastingly intense flavour. Scrambled egg is paired with salty, deeply umami anchovy; chicken with horseradish (unconventionally) and cheese with pickled vegetables. Next a platter of rump steak, lamb cutlets and T-bone, pork belly and loin are stacked on top of flatbread fingers which act as a sponge to absorb the meat’s cooking juices. All of the meat is superlatively cooked, particularly the pork belly with its well-rendered fat, while the lamb and beef are each cooked medium-rare with heavy char and outer caramelisation. Each demand to be taken in hand for necessary pre-civilisation scavenging.

On the side, chips are cooked in beef dripping which lends optimum depth of flavour, while baby gem lettuce is heavily charred and embellished with anchovy dripping so rousing we order another portion. Vegetables have never tasted so transcendently thrilling. An additional boat of the restaurant’s signature peppercorn gravy is remarkably decadent, toeing the line between Sunday roast gravy and ferocious peppercorn sauce. Just two desserts are available, including an unusually light white chocolate cheesecake that’s scooped from a roasting tin and served at the table. A fitting conclusion to dinner at east London’s most gloriously comforting opening of 2018.